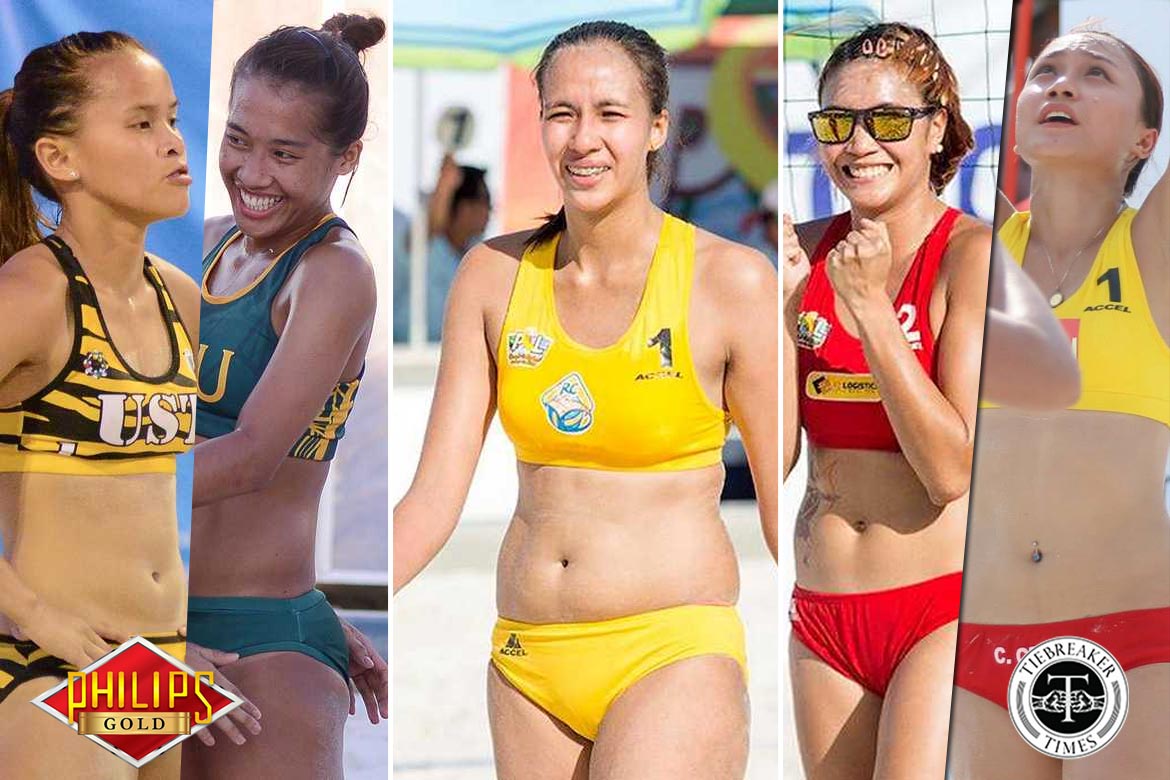 An action-packed reunion looms as UAAP stars renew their rivalry on the sand in the opening day of the 2017 PSL Beach Volleyball Challenge Cup on Thursday, May 4, at the SM By the Bay in Pasay City.

Prior to that, Jovelyn Gonzaga will kick off her title-retention campaign when she and fellow veteran Maica Morada of Cignal A battle Generika-Ayala B of Rosalie Pepito and Kat Arado at 7:00 pm. Kathleen Barrinuevo and Cherilyn Sindayen of Foton will take on Ces Molina and Bang Pineda of Petron XCS at 6:00 pm; Mylene Paat and Janine Marciano of Cignal B will wage war against powerhouse Generika-Ayala A of Fiola Ceballos and Patty Orendain at 5 pm; F2 Logistics A clashes with Wensh Tiu and Abie Nuval of Cocolife at 4 pm; and Marijo Medalla and Bianca Tripoli of Perpetual Help battles Generika Ayala B at 3 pm.

But all eyes will be on the collision between the UAAP stars.

Three years ago, Rondina steered the University of Santo Tomas Golden Tigresses to the UAAP beach volleyball crown despite being a rookie. With fellow greenhorn Rica Rivera as her partner, Rondina overpowered Cyd Demecillo and Kim Fajardo of La Salle to run away with the crown.

#ReadMore  2021 in Review: The other globetrotting Pinoy imports

The following year, Demecillo stormed back as she led the De La Salle University Lady Spikers to a rousing victory over Pons and Kyla Atienza of the Far Eastern University Lady Tamaraws, to capture the school’s first-ever beach volleyball title.

Rondina, on her part, bombed out of the semifinals after Rivera fell ill midway through the tournament.

This year, it was Rondina’s turn to rule the sand as she and her partner in Jem Gutierrez dominated Pons and Atienza in a thrilling showdown.

Also expected to draw a massive crowd is the battle between Cignal HD A and Generika-Ayala B in this four-day affair wherein the top two teams in each pool will advance to the semifinals.

Gonzaga, a battle-scarred campaigner and the country’s bet in the beach volleyball tournament of the Southeast Asian Games in Palembang, Indonesia in 2011, said she would try her best to be very careful as she is up against a very solid field.

“Everybody improved,” said Gonzaga, admitting that her limited training might work to her disadvantage.

“I will try my best to be play with extreme caution because everybody is out to win the title.”