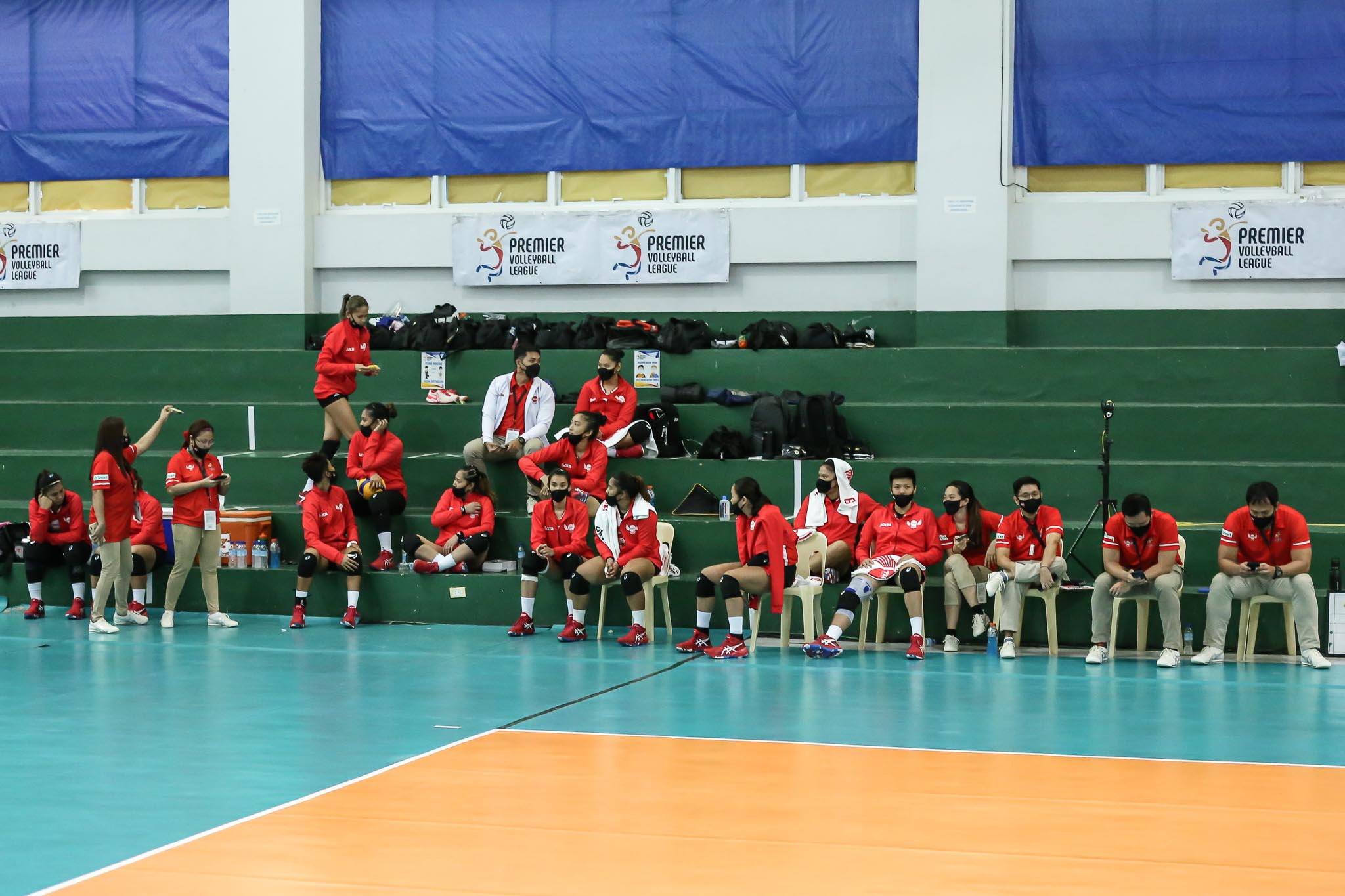 Play stopped during the second set due to the continuous rain, which caused some slippery spots on the Taraflex.

The game was supposed to start at 3:00 PM. But it saw a delay if an hour due to the heavy weather.

Petro Gazz won the first set, 25-19, before the game was stopped early in the second set. The Angels were ahead, 4-1, before the halt.

With the game set to resume, the teams will pick up right where they left off.

The match stopped at exactly 4:46 PM.

“From the time it is stopped, we’ll still wait for four hours if it’s still playable. If it’s not playable anymore, we will play in the same court with the same players back to zero,” said PVL commissioner Tonyboy Liao earlier.

The court was deemed playable at 7:37 PM.

Meanwhile, the second match between the Choco Mucho and BaliPure, which was originally slated at 6:00 PM, was already postponed by the league.