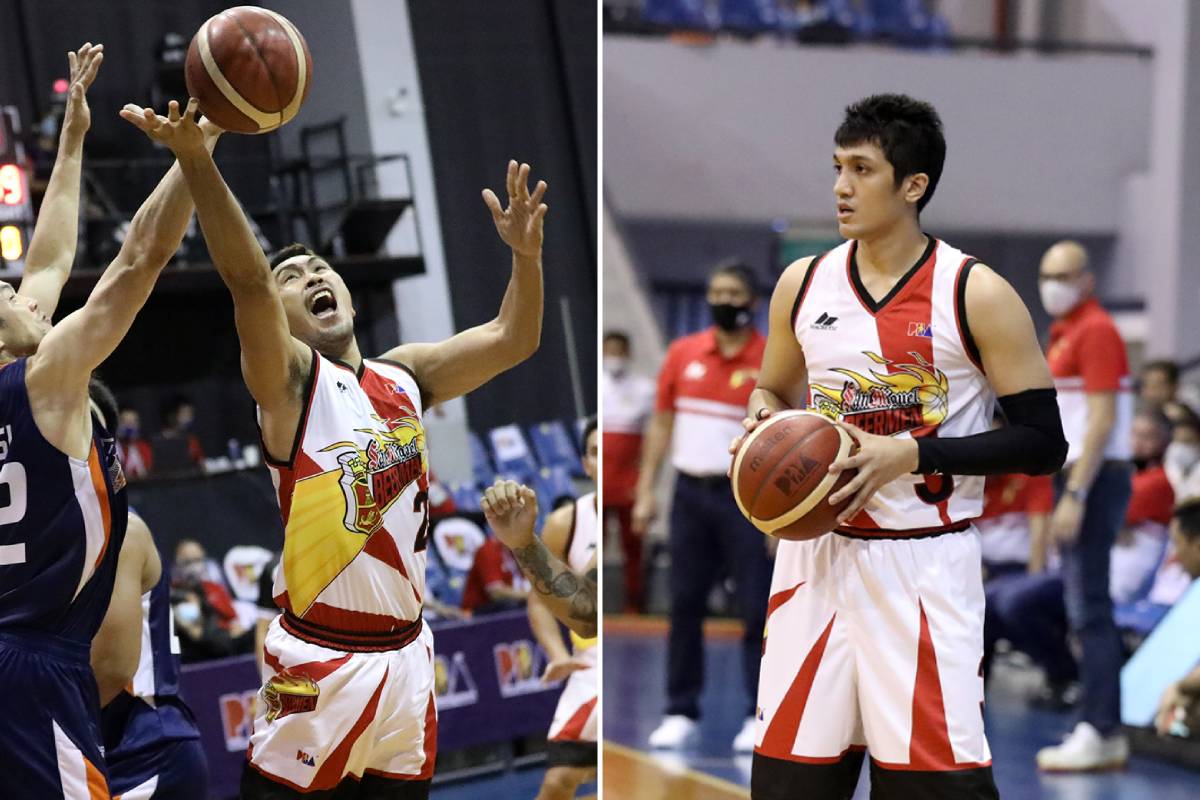 Von Pessumal and Bambam Gamalinda may not have produced gaudy numbers in San Miguel’s 89-82 win over Meralco on Wednesday night, but head coach Leo Austria was all praises for the support they gave the Beermen.

“I got some players from the bench that provided a spark, especially Von Pessumal and Bambam Gamalinda,” the decorated mentor said moments after collecting their third straight win in the 2020 PBA Philippine Cup.

Pessumal played for 18 minutes and 35 seconds and had four points, two rebounds, and an assist. Gamalinda, meanwhile, scored four as well along with five boards and a block in 12 minutes and 32 seconds of play.

But then, the impact they had was beyond the numbers they produced. At the end of the match, the two had the highest plus-minus ratings.

Gamalinda — formerly with the Magnolia Hotshots, whom San Miguel signed as a free agent last February to shore up its wings — was a plus-21. Fourth-year guard Pessumal, on the other hand, was a plus-16.

“They provided a lot of energy,” lauded Austria, who’s been digging deeper into his arsenal, especially now that the reigning, five-time champions are treading on to the tilt without former scoring king Terrence Romeo due to injury.

For the multiple-time Coach of the Year, Pessumal and Gamalinda did more than enough in filling in for Marcio Lassiter and Alex Cabagnot. They gave the veterans more time to rest — meaning they had fresher legs come winning time.

Cabagnot, in particular, was responsible for helping SMB stave off Meralco. When the Bolts came within three with 3:40 to go, he swished in a triple. Then he dished it to Chris Ross for a trey with 19.9 ticks left, settling the final count.

“They were able to give some rest to Marcio and Alex Cabagnot. You see, in the last five, seven minutes, when Alex Cabagnot was in the game, he scored a lot,” said Austria as Cabagnot scored nine of his 13 points in the fourth.

“It was a big impact and the experience of the players prevailed. They know how to win. In the last few minutes, when we were leading by five or six, we know that we have to take care of that lead. And they know how to do it.”