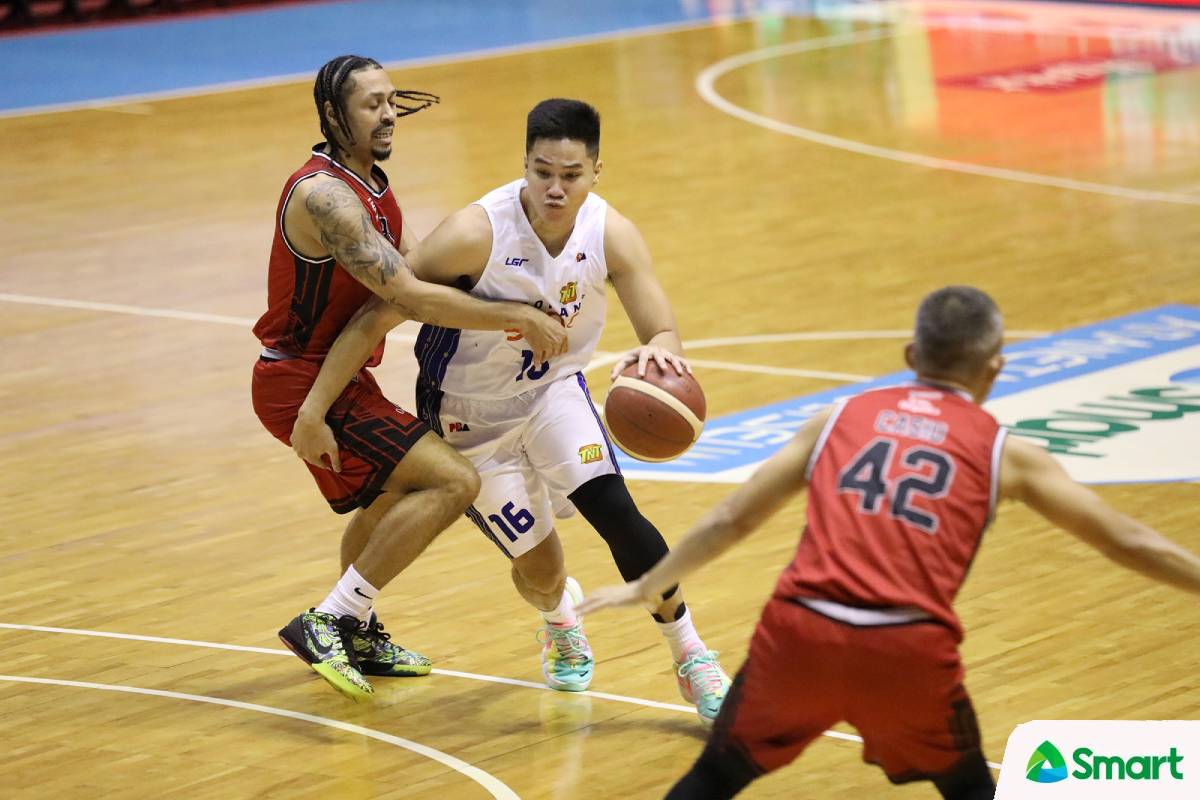 TNT announced its return in a big way by dealing the hard-luck Blackwater yet another deflating defeat, 106-93, to improve its quarterfinal chances in the 2021-22 PBA Governors’ Cup, Friday at the SMART Araneta Coliseum.

Coming off a long break as some of their players reported for Gilas Pilipinas in the FIBA World Cup Asian Qualifiers, the Tropang Giga got going late in the second quarter and stayed in front since then on the way to their fifth win.

The flagship MVP Group franchise has now won its third straight. Moreover, it has forged a tie at the sixth spot of the team standings with defending champions Barangay Ginebra San Miguel (5-4).

“I told the team that these are the games that I fear the most, when everyone expects us to win and the odds are stacked in our favor,” said head coach Chot Reyes as TNT handed the Bossing their 28th straight loss.

“These are the games that I really dread the most. All I asked was to make sure the other team doesn’t outwork us, and I’m glad that we started that way,” he continued.

Mikey Williams led TNT with 23 points. Aaron Fuller finished with 16 points and 23 rebounds in yet another 20-board performance this conference, while the duo of RR Pogoy and Ryan Reyes each scored 16 as well.

The game was actually at a deadlock past the midway mark of the second period, but JJ Alejandro broke it with a three-pointer. He then joined hands with Pogoy for a 10-0 run to give TNT a 39-29 lead with 4:13 left.

Fuller and Williams then did their part afterward, with the latter hitting a triple of his own to inflate their lead to 47-33 with 1:29 left. The Tropa headed into the halftime intermission owning a 13-point advantage.

TNT continued the onslaught in the second half. Poy Erram’s bucket gave them an 87-67 lead early in the fourth, the biggest of the game.

The Bossing, though, showed some signs of life. They closed within 11 behind Rey Suerte’s perfect trip to the foul line. But, Reyes silenced them with a deep trey to make it 106-92 with 1:29 left, effectively restoring order.

“Like we were talking about, Blackwater, they’re a much better team than their record reflects,” said Reyes. “They have a very good import, they have locals who play hard, and that’s what happened.

“I thought we’d get a nice lead, we would relapse and we also paid for it. We go up 18, 20, a chance to blow the game open, and then we’d relapse and then Blackwater would come back,” the champion mentor furthered.

TNT has two games left in its schedule, first against Terrafirma on March 9, Wednesday, at 3:00 p.m. before battling NorthPort on the 11th.

Shawn Glover led Blackwater with 26 points, 15 rebounds, and nine assists in the loss, which brought the team to 0-10 this conference.

JVee Casio provided 21 points, while rookie Rey Suerte added 14 markers as the duo helped their import keep their side in the game.

The Bossing will look to end their skid in their last assignment but will have to do so against league leader Magnolia also on Wednesday at 6 p.m.