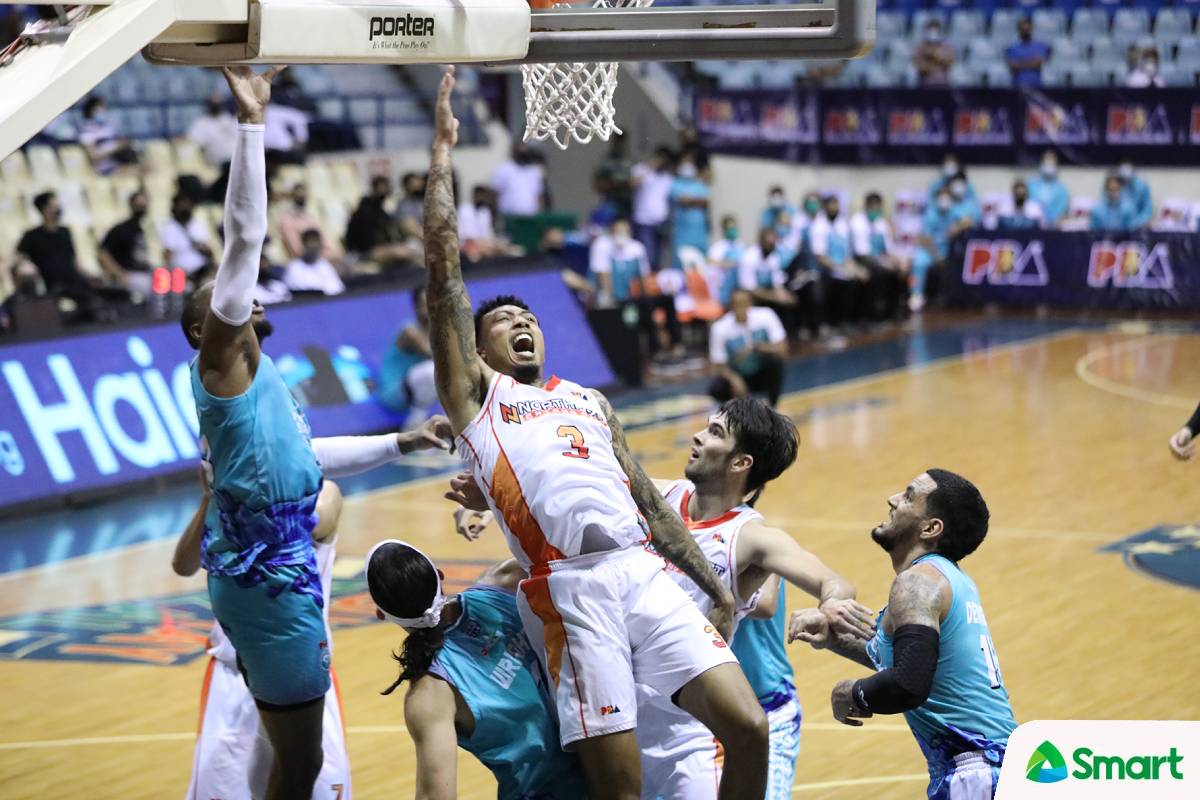 NorthPort added the struggling Phoenix Super LPG to its list of victims by way of a 101-93 conquest to continue its resurgence in the 2021-22 PBA Governors’ Cup, Saturday evening at the Ynares Center in Antipolo.

The Batang Pier seized control in the second period and even led by 13 early in the fourth, but had to fend off a late Fuel Masters fightback to snatch their third consecutive victory after starting out with five straight losses.

With the win, Pido Jarencio’s crew is now knocking on the door of the Top Eight, sitting at ninth place just behind the 4-5 Phoenix with a 3-5 record.

“‘Yung will to win, nandun,” said the head coach as his team aced its tests this week even without Robert Bolick (Gilas Pilpinas) and Kevin Ferrer (injury).

Jamel Artis led NorthPort with 29 points and six rebounds as he once again played the entire 48 minutes of the match.

Paolo Taha had a huge imprint in the win as well with 19 points. Jamie Malonzo had 13 points and 16 rebounds despite a dislocated pinky, as Arwind Santos made 15 points, nine boards, and three blocks.

Malonzo and Santos joined hands in the endgame, delivering the Batang Pier’s last four points to apply the finishing touches after the opposition managed to come within four, 93-97, with 1:08 remaining.

Jerrick Balanza also contributed solidly in the win, chiming in 12 markers, six assists, and four rebounds in 36 minutes as a starter.

“I give credit to all of our players,” lauded Jarencio. “Lahat, lahat ng pinasok natin, tumulong, which is positive for the team.”

NorthPort, though, couldn’t celebrate that much after losing Roi Sumang. The new pickup reportedly suffered a hamstring injury following a drive to the hoop with 6:38 remaining in the second quarter and never returned.

“Kaya sana lang, si Roi maka-recover,” Jarencio said as the UE product had two points, four rebounds, and four assists. “And this is a challenge for our two guards, Renzo [Subido] and [Alvin] Abundo to do their share.”

NorthPort will look to keep going against Blackwater on Wednesday, March 2, 3:00 p.m. as the league returns to the SMART Araneta Coliseum.

Phoenix was led by Dominique Sutton with 23 points and 12 rebounds in the loss, their third straight since beating TNT last February 13.