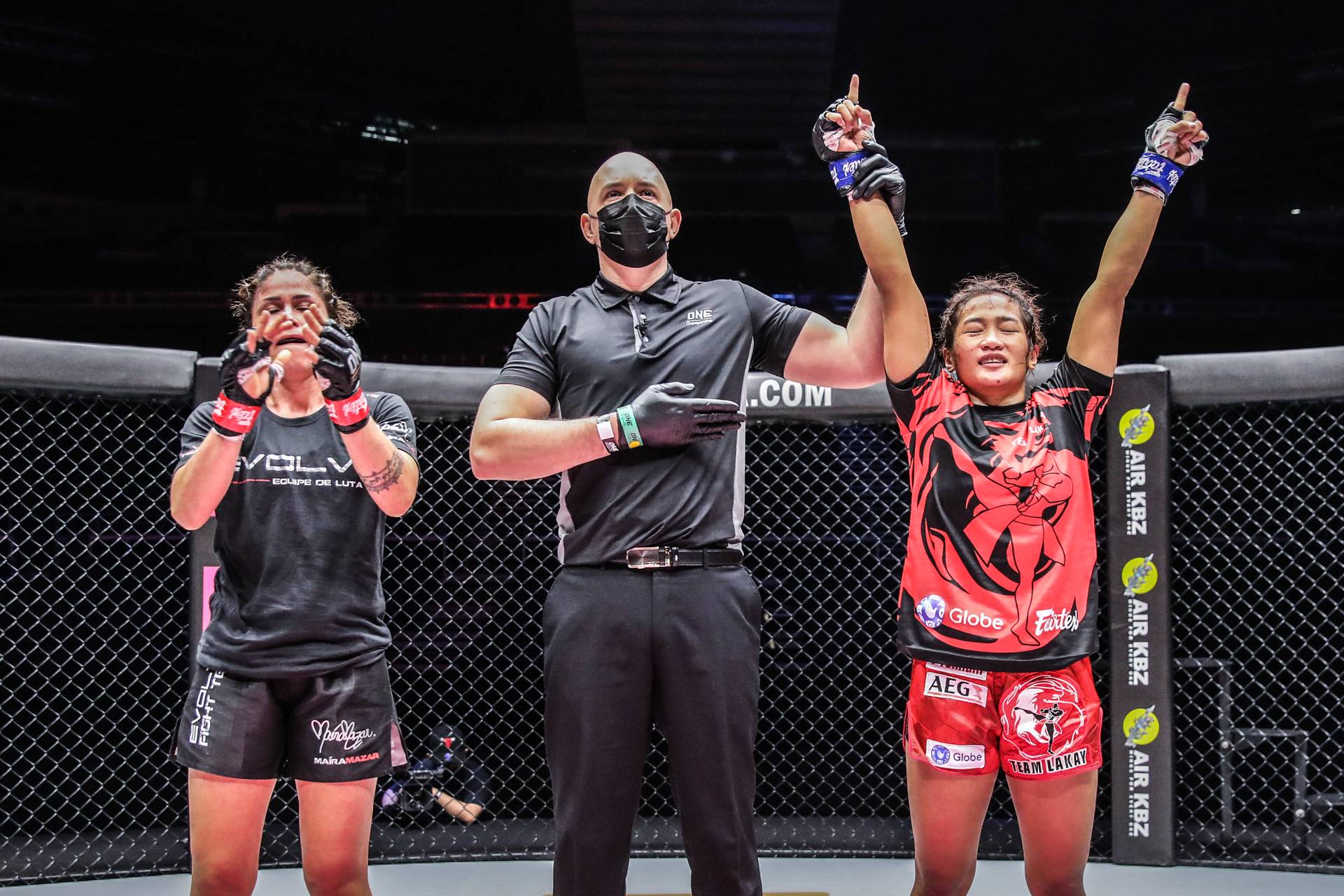 Jenelyn Olsim’s first fight in ONE Championship’s main roster was one for the books.

The 23-year-old Team Lakay upstart scored an early upset-of-the-year candidate, submitting no. 5-ranked strawweight Maira Mazar in the third round, Friday evening during ONE: Fists of Fury III in Singapore.

Mazar, a grappler, tried to take down the 2019 Southeast Asian Games gold medalist in Muay Thai early in the third round. But as they went down, Olsim locked a D’arce attempt, though underneath the bigger Brazilian.

Olsim was able to push her way on top of Mazar while still locking in the choke attempt. A quick tap followed just 41 seconds into the round.

The Filipina product of ONE Warriors Series went up to 4-2 while dropping Mazar to 7-4.

It was a sensational debut for Olsim, who dominated the majority of the bout.

Right from the get-go, Olsim showed her 35-year-old opponent that she had superior striking, stunning her with a right straight just 20 seconds in. She then scored a knockdown after another right with 2:19 left in the opening stanza.

Olsim scored another knockdown to start the second stanza, this time coming from a front kick. Though taken down twice in the round, Olsim kept busy even on her back.

With the win, Olsim shoots up in the ONE Athlete Rankings as she eyes the likes of Tiffany Teo, Michelle Nicolini, and Ayaka Miura.

Earlier, Fil-Indonesian Aziz Calim fell to an even 5-5 slate after tapping to Roshan Mainam (6-2) due to a rear naked choke at the 2:45 mark of the first round. Calim took the fight under three days notice.