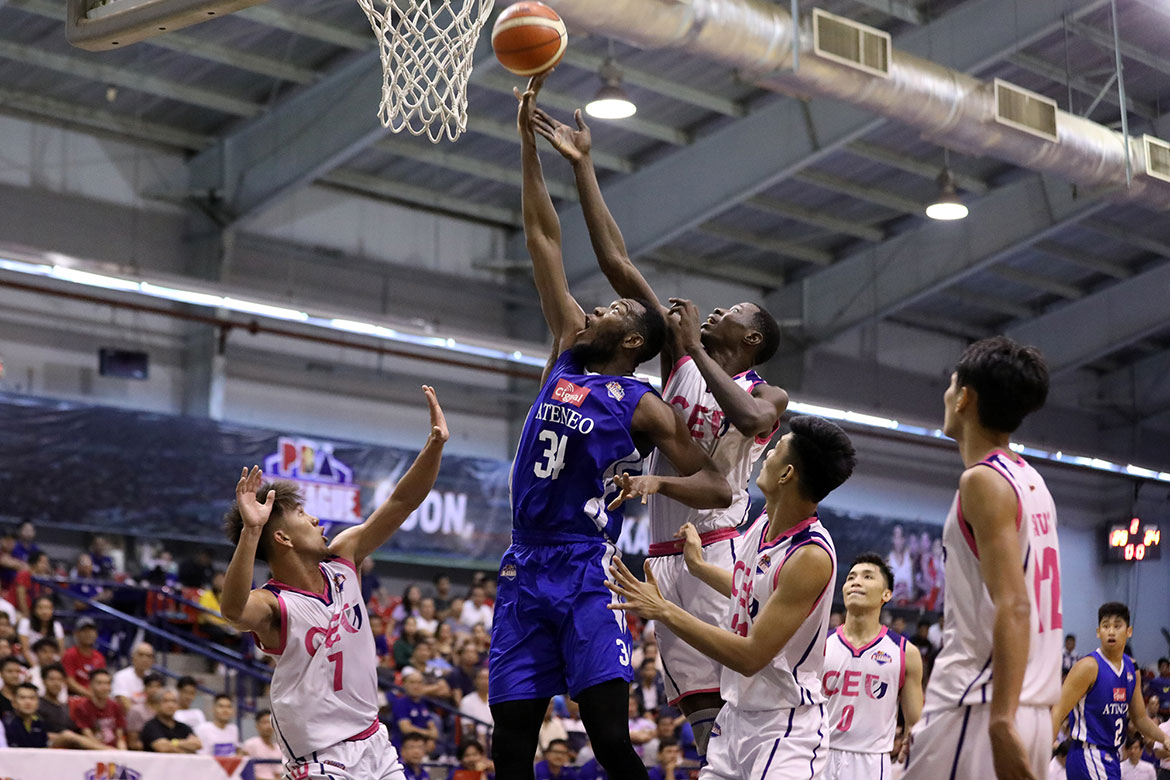 Cignal-Ateneo delivered a masterful second half and bucked a slight rain delay to pull off a 67-52 Game Three victory over Centro Escolar University Thursday in the 2019 PBA D-League Finals at Ynares Sports Arena in Pasig.

Ange Kouame commandeered the Blue Eagles’ defensive stand, racking up 10 points, nine blocks, and seven rebounds to help his side move a win away from the title.

“We went a little bit away from our defensive system last game and we wanted to get that in today’s game,” said coach Sandy Arespacochaga.

Cignal-Ateneo’s defense was on point in the game, holding CEU to just 26-percent clip from the field.

The game was also halted for 25 minutes with rain leaking at the 8:18 mark of the fourth quarter.

Still, that wasn’t enough to stop the deluge as the Blue Eagles staged a 16-2 tear in the fourth quarter to extend their 49-37 lead to a comfortable 65-39 advantage.

Cignal-Ateneo can close out the best-of-five series on Tuesday’s Game Four in the same venue.

Isaac Go was also honored with the Conference MVP award earlier in the day after nabbing 9.9 points, 4.9 rebounds and 1.3 assists in his 13 games in uniform.

READ  Blue Eagles to go up against Greek U-21 squad, A-2 teams in Greece