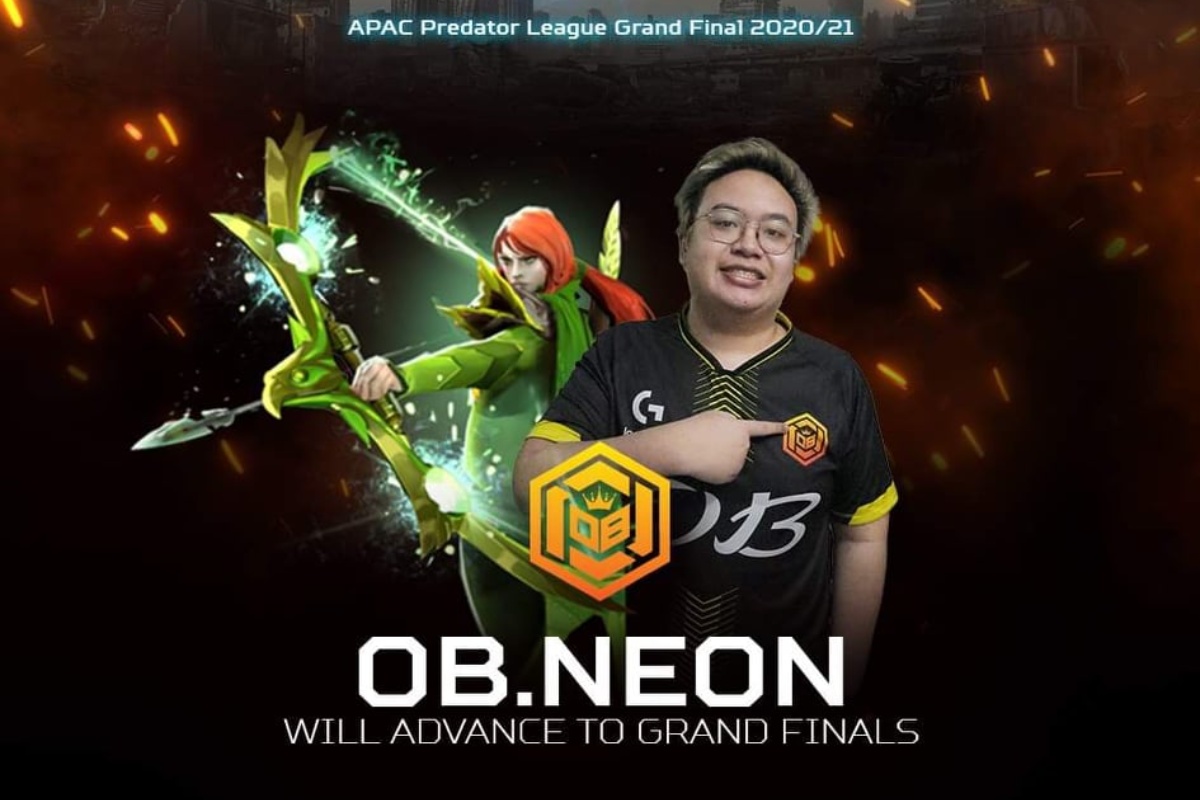 OB Esports x Neon will be heading to the grand finals of the Asia Pacific Predator League 2020-22 after taking down Boom Esports in the upper bracket finals, Friday evening.

Offlaner Gabriel “debil_2000” Ong led the charge for the all-Filipino squad with 13 kills and 11 assists against four deaths playing Windranger.

The supporting cast of Prieme “Playhard” Maque (Tusk) and Jaunuel “Jaunuel” Arcilla (Nature’s Prophet) ended the best-of-one match with a combined total of 44 assists laced with five kills and 11 deaths.

On the other hand, Rafli “Mikoto” Rahman was the lone bright spot for Boom Esports. the 21-year-old Indonesian midlaner ended the match with 10 kills and 10 assists against four deaths playing Puck.

OB.Neon will face the winner between the TNC Predator-Boom Esports match in the finale.