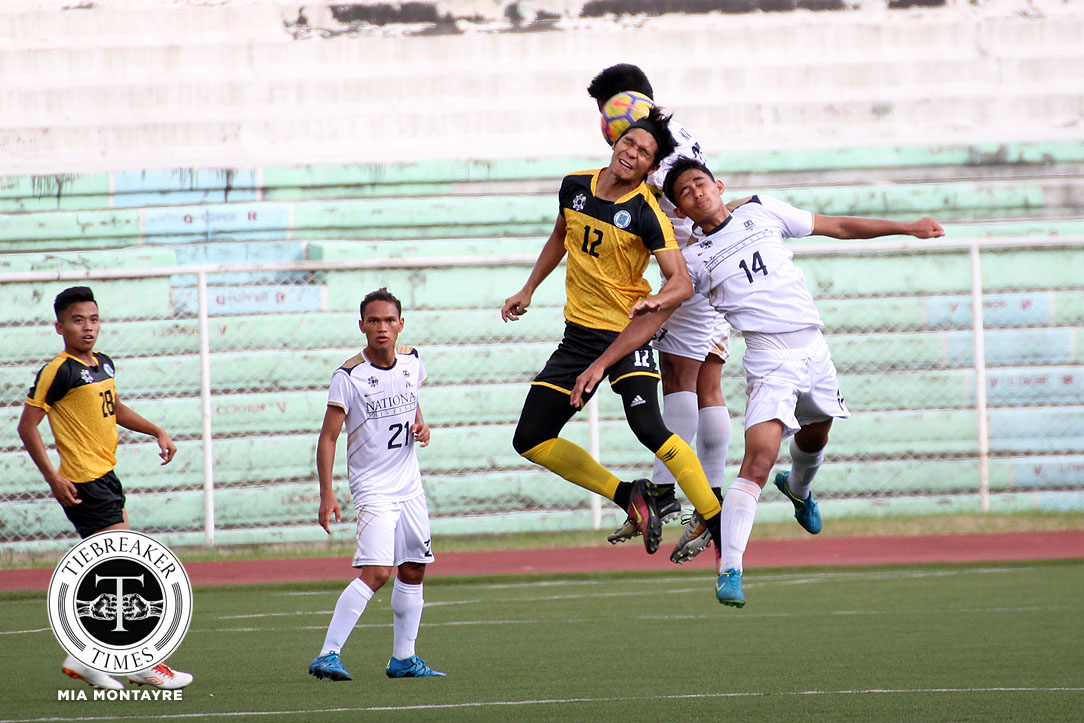 The National University Bulldogs and the University of Santo Tomas Golden Booters had to make do with a share of the spoils after a 0-0 draw, Thursday at the Rizal Memorial Stadium in Manila.

Following a scoreless first period, both the Bulldogs and the Golden Booters showed more assertiveness in attack during the second half. UST goalie Zaldy Abraham was forced to make a routine stop to deny NU forward Sean Epili.

At the other end of the pitch, the Bulldogs were lucky to not concede a goal after Dexter Benecio dribbled his way into the NU box and laid the ball off to Marvin Bricenio, who painfully missed an open goal.

UST then suffered a big blow as Abraham had to be substituted due to injury. Ralph Logronio replaced the injured Abraham, and the former did well enough, as he made a decent save against NU substitute striker Jacob Gomez.

“At least we gained one point. We did not lose the game,” said UST coach Marjo Allado after his team’s first draw of the season. “Well there are a lot of things to fix ayon sa game na ito. Madami kaming aayusin. Number one is intensity. Number two is yung (sa) players yung communication inside. Kung ganito laro namin, mahihirapan kami mag semi-finals.

“Some of the players nag-relax eh,” the interim coach of Global-Cebu rued.

The two teams look to get a win on February 18 at Rizal Memorial. NU will play the Adamson University at 9:00 AM, while UST will go up against the Ateneo de Manila University afterwards at 4:00 PM.