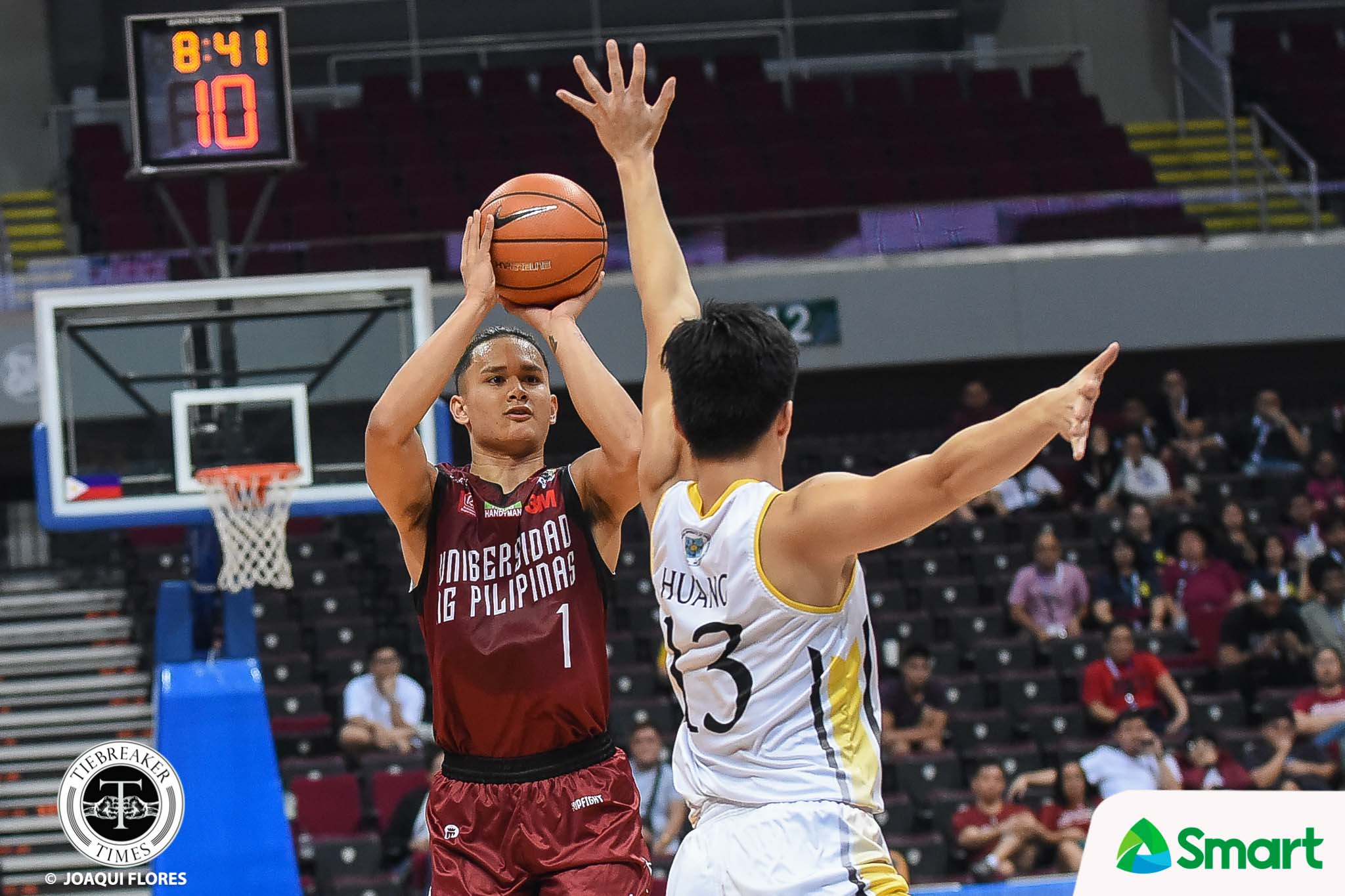 Juan Gómez de Liaño could have blamed the physical defense that the University of Santo Tomas Growling Tigers used on him or the way the game officials put him in foul trouble. But instead, the University of the Philippines sophomore accepted the blame for the Fighting Maroons’ embarrassing 72-86 loss, Wednesday afternoon.

“[The] Blame is on me. I wasn’t able to lead the team much. I wasn’t being aggressive, I don’t know why.”

The game itself was a complete struggle for the Fighting Maroons.

Going into the game, UP needed to win this game to stake their claim on solo fourth at the end of the first round of the UAAP Season 81 Men’s Basketball Tournament. But UP allowed themselves to be dragged down to a tie for fifth with UST.

Right from the get-go, it seemed that the Growling Tigers wanted it more, scoring 31 points. The lead would balloon to as high as 30 points.

“We just didn’t have a good game. It was they’re day today, they were making most of their shots. We didn’t hit our three-pointers,” lamented the 18-year-old combo guard.

For his part, the Gilas cadet could not get things going. After averaging 19.3 points per game in the first six games, Gómez de Liaño was limited to just nine points on 4-of-10 shooting.

“Probably? They were being more physical e,” he remarked about UST’s defense. “I noticed si [Kenneth] Zamora, he was hitting me. I said, ‘Ref!’ But ‘di ko na finollow-up since baka ma-thrown out pa ko.

“I was just playing bad defense to be honest,” he admitted about the fouls.

And the MVP candidate is hoping that he and the Fighting Maroons can get back up come Sunday as the second round opens its curtains.