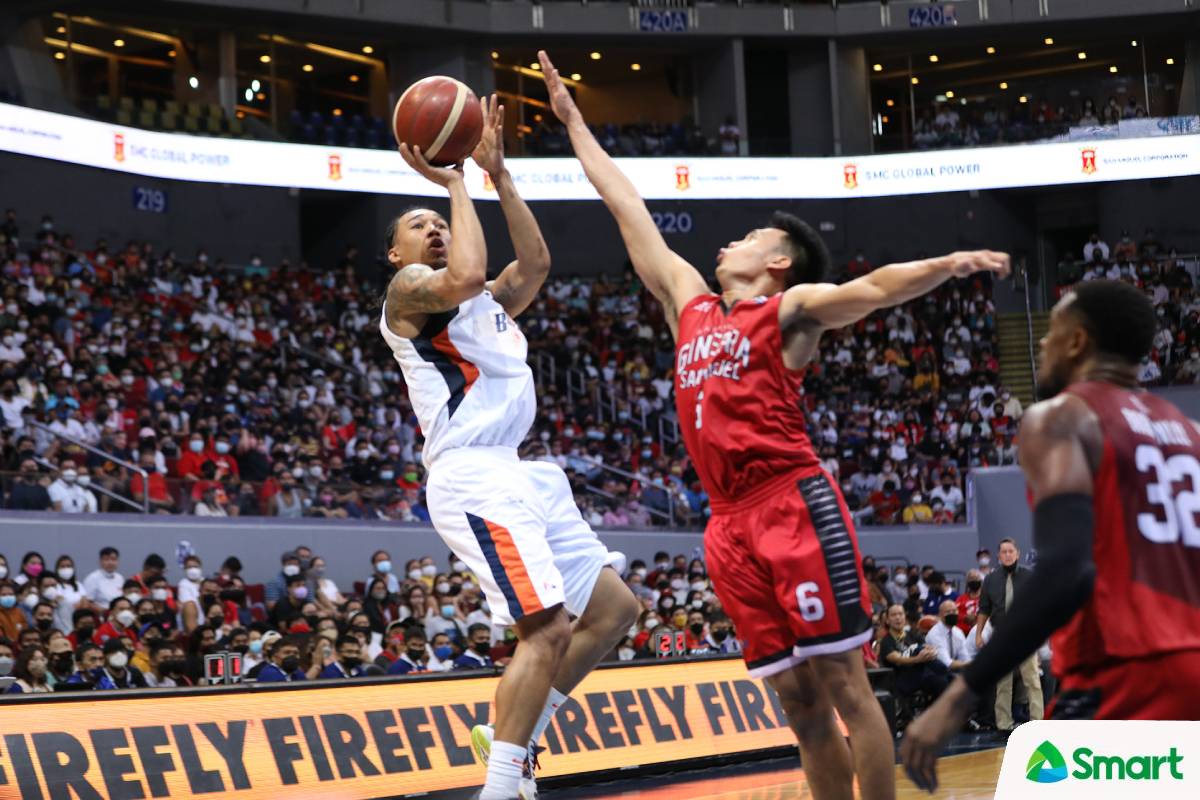 Chris Newsome was true to his word when he came up with his best showing to date in the 2022 PBA Governors’ Cup Finals, Sunday night.

The Meralco star turned in 20 points, 11 rebounds, and five assists, helping his side regain control of the series by way of an 83-74 victory over Ginebra in Game Three that was witnessed by 16,104 fans at the Mall of Asia Arena.

“He had a little bit of a subpar game last game, and he said after the game that he would bounce back, and he did,” said Bolts head coach Norman Black.

The 31-year-old guard scored just a total of 15 points in the series’ first two matches, including seven in Game Two last Friday where their comeback from 20 points down fell short and ultimately led to a 93-99 defeat.

“The first two games, I’ve got to feel them out as part of the game plan,” offered Newsome. who averaged 12.5 points prior to the Finals. “I understand a lot of their focus is on me as one of the key players, the key matchups to try to limit.

“So, I got to look at the film as to how they would guard me, and I was able to adjust a bit today, look at my shots a bit more today,” he added.

And adjust, he did, leading to actually his best scoring production since dropping 22 markers in their quarterfinal ouster of San Miguel last March 18.

It was actually him who scored Game Three’s opening basket — a pull-up jumper from just inside the free throw circle with 11:11 on the clock.

“You could see right from the very start, he was going to be aggressive, because the first time down the court, he came down and took the shot immediately and made it,” said Black.

Newsome, though, said that it really isn’t scoring that’s on top of his objectives, but rather doing a little bit of everything to help get the triumph.

“My job here is not necessarily just to score but to, a little bit, do everything; make sure everyone’s involved, engaged, and focused on what we had to do to win,” said the cager from California.

But that good of an outing would surely merit adjustments from the opposing team defense-wise, which he’s now bracing for come Game Four.

“Today I had some open looks, and was fortunate to knock ’em down. And that helped me get going a little bit and get my scoring going for this series, so I definitely expect adjustments from them,” Newsome said.

“Coach Tim’s one of the greatest. I know he’s gonna come back with a new game plan and see what they can do to adjust,” the Ateneo product added.

“So, we just gotta be ready for the next one.”