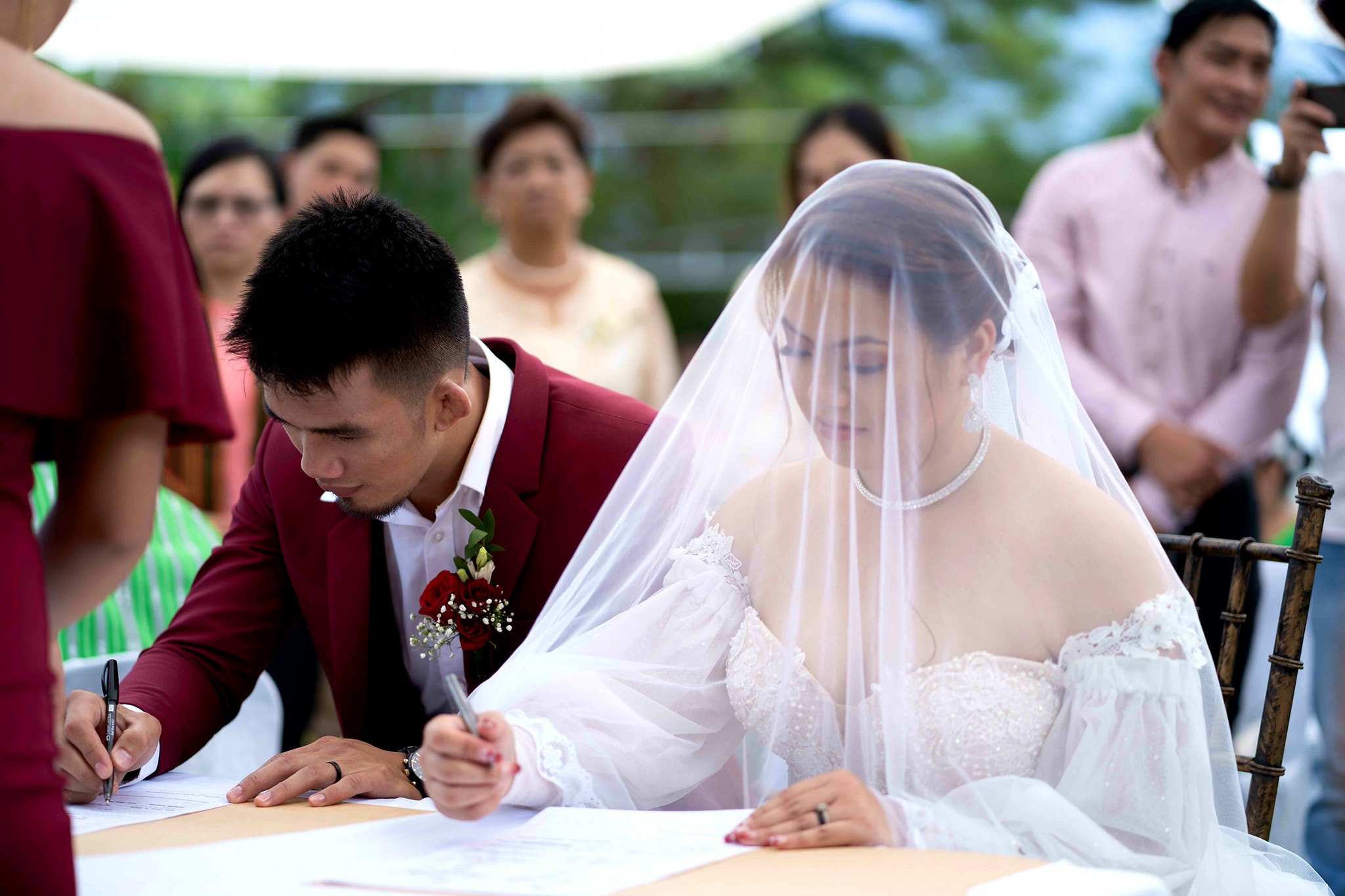 2022 has been an eventful year so far for Team Lakay’s Jeremy Pacatiw, as he has been quite busy both inside and outside the mixed martial arts cage.

The grind began as early as February for Pacatiw. Back then, he landed a pivotal bantamweight clash against ranked divisional contender Fabricio Andrade at ONE: Full Circle.

At the time, it was a battle between two lethal strikers who sought to move a notch higher in the talent-laden rankings.

With a point to prove, Pacatiw came out swinging. However, this aggression came back to haunt him as it allowed Andrade to measure his distance. Andrade then fired off the knee to the body, spelling the end for “The Juggernaut” early in the first round.

The loss to Andrade was a bitter pill to swallow for Pacatiw. Still, the tenderness of the situation became much more bearable with the help of his longtime partner, Marj Ay-yawan, whom he married in a beautiful outdoor ceremony last September.

The 26-year-old native of Kapangan, Benguet described his now-wife as his No. 1 supporter. She has been there for him through the highest of highs and the lowest of lows.

“My wife is a major source of inspiration for me in my MMA career, especially given how supportive she is in every manner,” Pacatiw told Tiebreaker Times.

“I don’t remember a time when she was against my career. She knows how important this profession is to me. In my fight preparations, sometimes she acts as my nutritionist and dietician. During my off-season or just a typical training day at the gym, she prepares the things I need to bring with me. I’m not sure where I’d be without her,” he continued.

Rejuvenated and inspired after exchanging vows with Marj and saying “I do” to each other, Pacatiw now looks forward to facing and overcoming the challenges ahead.

“With a supportive wife waiting for me back home, I am more inspired because now I will not just be fighting for myself,” he stated.

Pacatiw returns to action on Saturday, December 3 to compete on the main card of the highly-anticipated ONE 164, which broadcasts from the 20,000-seater SM Mall of Asia Arena in Pasay City, Metro Manila.

He will lock horns with Myanmar’s Tial Thang in a three-round bantamweight encounter.

Pacatiw feels thrilled to strut his wares in front of a live audience. His last two matches under the ONE Championship banner took place behind closed doors due to safety and health restrictions related to the COVID-19 pandemic.

“Of course, I am super excited that I will be part of ONE’s return to the Philippines after nearly three years due to the pandemic. There’s an added motivation to perform to the best of my ability because the fans will be watching. I know how they miss us, so we’re here to make sure that they will get their money’s worth,” he said.

Despite having the hometown advantage, Pacatiw wouldn’t allow complacency to sink in as he has a dynamic counterpart in the form of Thang waiting for him.

Thang is a relentless combatant who banks on a belligerent striking approach and no-frills wrestling techniques to subdue his opponents.

It was not an ideal start to 2022 for Pacatiw. But this coming weekend, he has the opportunity to close it out with a bang.

“I really wanted this. I am hungry to come back, get a win, and make a statement in my division,” he declared.