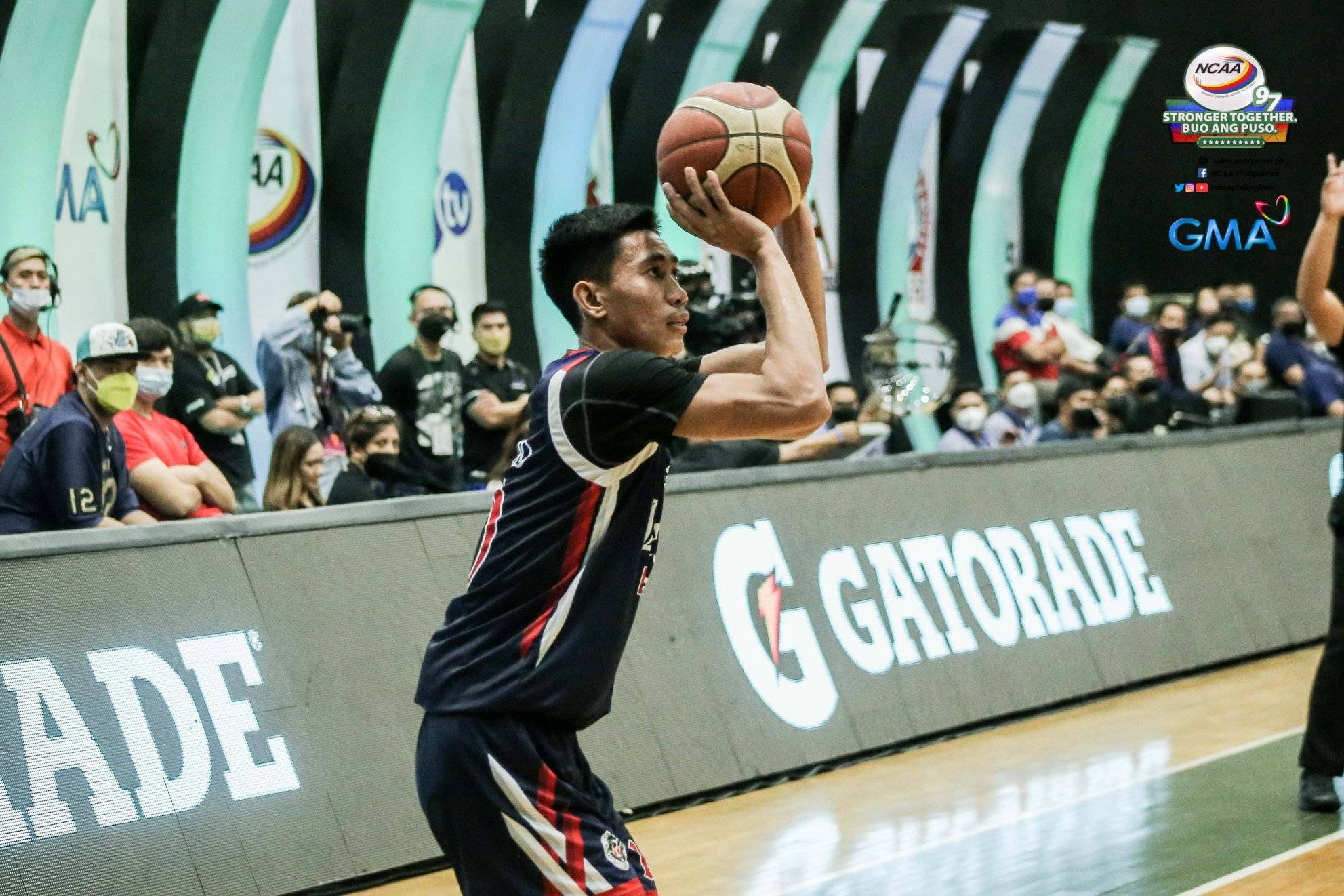 Up by as many as 15 points in the game, JM Calma powered a Golden Stags rally, eventually cutting the lead down to three, 69-72, with 19 seconds left.

Ken Villapando sent Jeo Ambohot to the stripe. He split his charities to give the Knights a four-point cushion.

A final defensive stand by the Knights gave them their eighth win in as many games. They also sent the Golden Stags to the brink of elimination with a 3-6 slate.

Besides staying perfect heading into their rivalry game against San Beda on Friday, the Knights also secured a Final Four berth.

Abando played a huge part in the win, tallying 18 points, nine rebounds, two assists, a steal, and a block.

Also making good account of themselves were Tommy Olivario and Kurt Reyson. The former had a solid line of five points, four assists, two steals, and two rebounds. On the other hand, the latter got three points, three rebounds, two steals, and an assist.

San Sebastian ended its elims campaign with a 3-6 record. Currently, it is in seventh place and is hoping that Jose Rizal University stuns Arellano on Wednesday while Emilio Aguinaldo College defeats Perpetual Help to get into the top six.

Meanwhile, Villapondo made up for his seven points on 2-of-11 shooting by grabbing 11 boards.