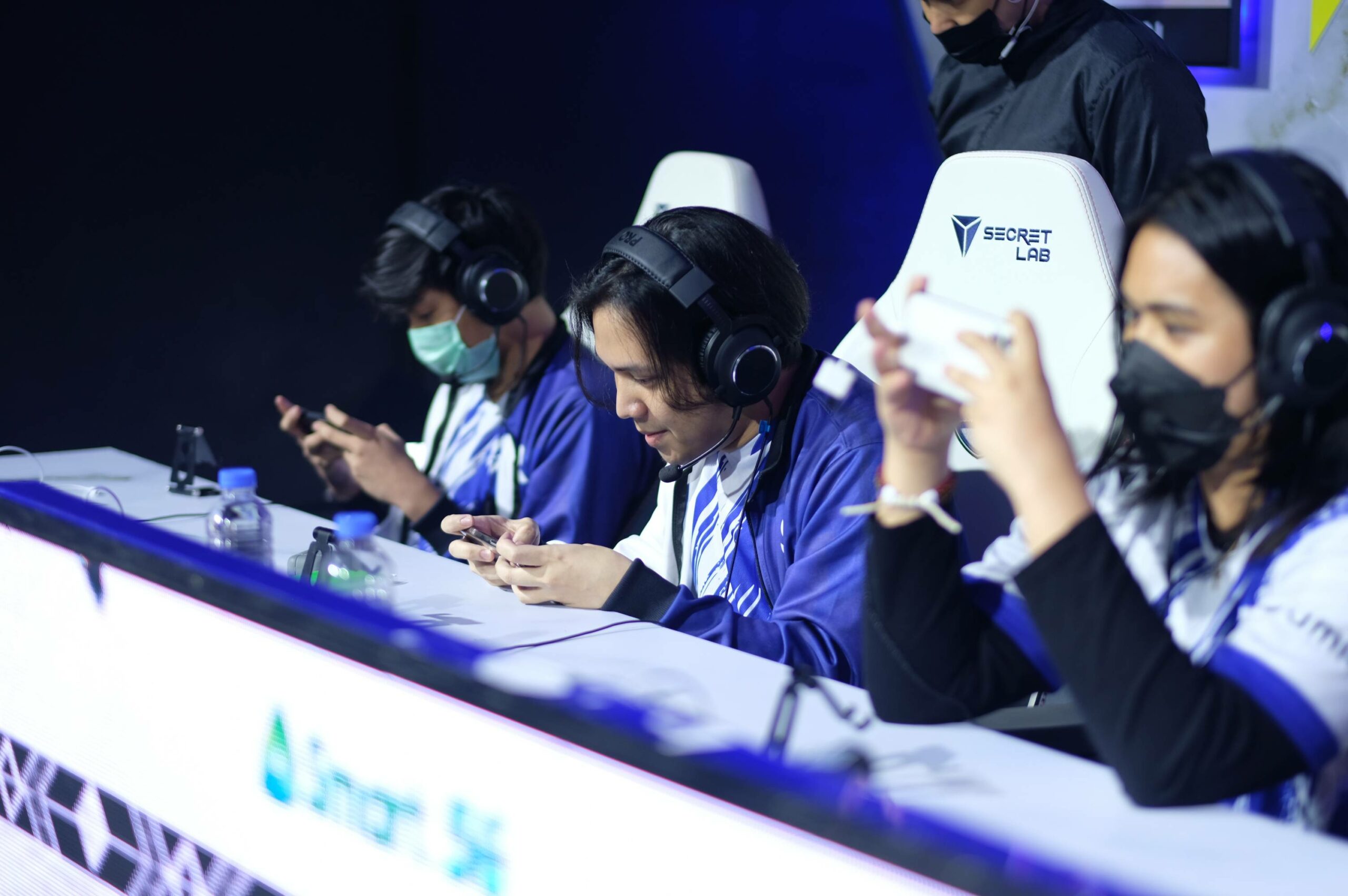 With the win, RSG PH upped its standing to 6-2 with 16 points to solidify its hold of the third spot.

The 1-2 punch of Dylan “Light” Catipon (Franco) and Dexter “Exort” Martinez (Eudora) did wonders for RSG PH in Game One. The former unleashed Iron Hooks after Iron Hooks while the latter’s well-timed follow-ups allowed RSG PH’s slim lead in the early game to balloon to as much as 10K entering the 16th minute.

During RSG PH’s third siege, Kenneth “Cadenza” Castro (Chou) caught Exort with a Flicker-Way of the Dragon combo. Despite getting out in time, Exort eventually fell — giving Nexplay EVOS a chance to mount a comeback.

A conceal play past the 18-minute mark saw Demonkite score a double kill on S4gitnu and Jeniel “Yellyhaze” Bata-anon’s Cecillion. Light then connected a hook on Jhonwin “Hesa” Vergara’s Brody to cap off the Game One win.

Light finished with a game-high 12 assists along with a kill and a death in the 18:30-minute opening win while Exort had three kills, two deaths, and 10 assists. 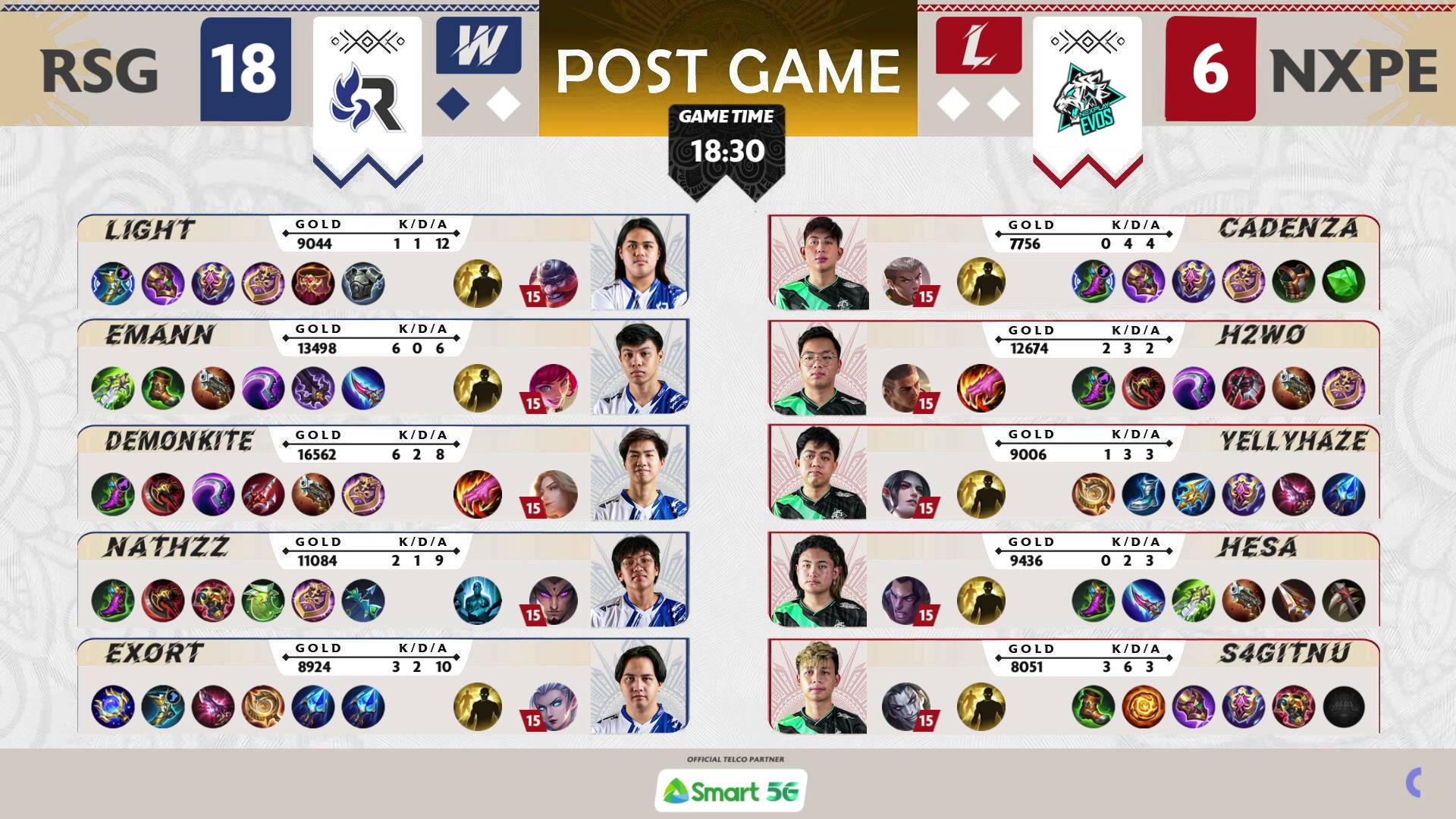 Dominant was RSG PH’s early game in the second match, securing the first three Cryoturtles all while putting up a 9-0 lead entering the 9th minute.

This put the team by as much as 7K in the gold department, securing the first Lord in the 9:22-mark.

Nexplay EVOS, though, managed to defend the first siege and even took respective kills on Exort (Kagura) and Demonkite (Karina) to try and close the gap.

An RSG PH four-man wipe allowed the team to go for the Luminous Lord. However, Michael “MP the King” Endino (Lancelot) resurrected just in time to steal the objective and keep Nexplay EVOS alive.

However, RSG PH’s firepower proved to be too much for Nexplay EVOS in the final siege.

Exort finished with five kills and eight assists against three deaths in the 18-6 Game Two win in 18 minutes and 43 seconds. Nexplay EVOS dropped to 4-4 still with 11 points at the fifth spot.

RSG PH will go up against Bren Esports next on Friday at 6:00 PM while Nexplay EVOS will return tomorrow to face ONIC PH also at 6:00 PM.