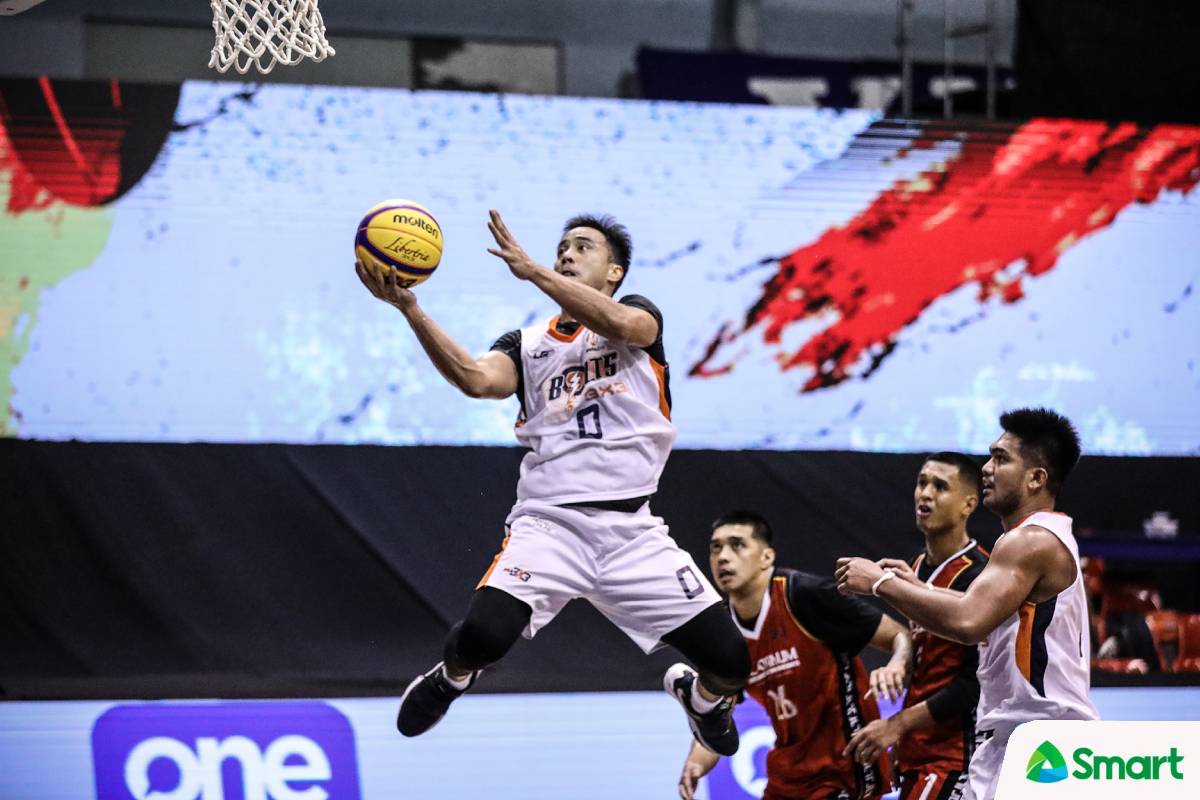 It will be an all-MVP showdown as TNT and Meralco remain the last two standing in the PBA 3×3 inaugurals’ first leg, Sunday at Ynares Sports Arena.

The Tropang Giga were the first team to reach the final by booting out Purefoods, 20-14, in the semis. They also remain unbeaten across six games.

Almond Vosotros and Lervin Flores proved key down the stretch. The two nailed the important baskets to keep the Tender Juicy Titans at bay.

Joseph Eriobu and Jed Mendoza nailed a two-pointer each to slice a six-point deficit to just two. Then Flores converted a shot from point-blank range with less than a minute to go. That made it a 17-14 advantage for the Tropa.

The diminutive playmaker came through moments later, sinking a long bomb of his own to make it a five-point lead, 19-14, with 45 ticks to go.

Samboy De Leon went on to split his free throws inside the final seconds to make Purefoods pay for going beyond penalty. That settled the final count.

TNT wasted the efforts of Eriobu, who had 11 markers for Purefoods.

While most of the attention was on the guest team, the Bolts reminded that they also have what it takes to be in the title discussion thanks to Tonino Gonzaga and Alfred Batino – players who are also 3×3 vets.

Together with bruiser Dexter Maiquez, they overcame a 0-6 start. Then they went on to show the exit doors for a crew whose main pieces boast of experience so rich playing in the halfcourt game here and abroad.

It was indeed a heartbreaker for Platinum, who’s tagged as a team to beat given the 3×3 pedigree of Karl Dehesa, Chris De Chavez, and JR Alabanza

Now, the championship bout set to take place later in the evening will be a battle of unbeaten teams. The winner will take home PHP100,000.

Platinum and Purefoods will still figure in a battle for third place.