Meralco head coach Norman Black felt relieved that their PBA Philippine Cup duel with Phoenix Wednesday was not cancelled due to the inclement weather.

Play was halted with 4:07 remaining in the second period, with the Bolts up, 33-26, because of a roof leakage at the Ynares Sports Center. The league then waited for a while before deciding if the game should be called off.

According to the decorated mentor, he was told by Commissioner Willie Marcial that the game will be reset to a later date should it be discontinued. He definitely prefers to play on, but he understands that safety is of utmost importance.

“I was a little bit concerned because the Commissioner told us that if the game was stopped, then we would have to play the entire game all over again,” he said. “And we were ahead by seven points, so I wasn’t too happy with that.

“But that’s the rules, so we would have had to abide by the rules,” furthered the Grand Slam-winning bench tactician. 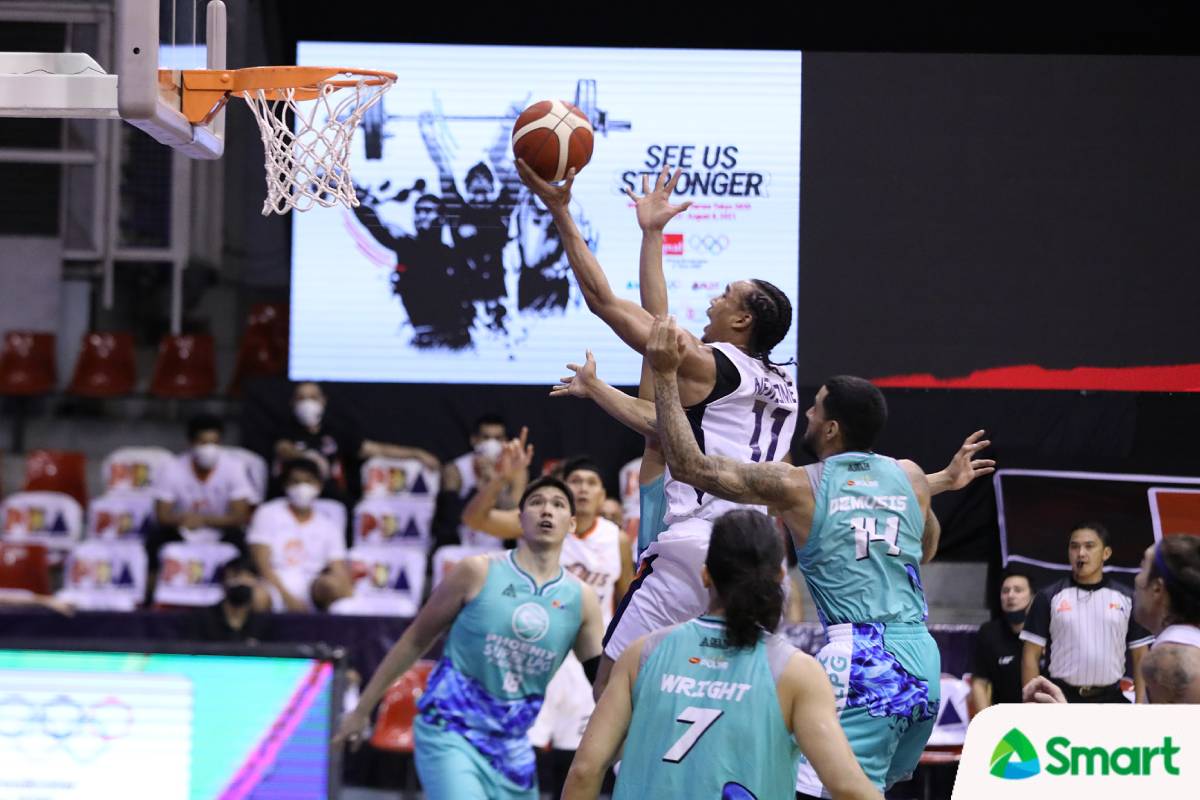 “The sentiment’s the same,” echoed star guard Chris Newsome. “As long as the court is available for us to play and not get hurt, I think that’s the biggest concern. We don’t want anybody to get hurt.

“So whatever we have to do in order for that to happen, I think the Commissioner will make the best decision in that regard.”

This isn’t the first time that the PBA faced the same problem. A roof leak delayed Game Three of the 2019 PBA D-League Aspirants’ Cup Finals between Ateneo and CEU for 25 minutes, but the game was finished with the former on top.

Similar to that, the Meralco-Phoenix game also continued as the rains mellowed, and everything sailed smoothly. “Luckily, the rain let up, and we were able to continue the game,” exhaled Black.

The Bolts went on to win, 91-80, to get back on track following Saturday’s loss to Rain or Shine and get their third win in four outings.

Newsome was glad to see the Bolts come out triumphant in odd situations. He even recalled the time when a brownout struck their 2019 Philippine Cup game versus NLEX at the Ynares Center in Antipolo.

“For us, all we can focus on is playing. There have been instances where we had brownouts … and it’s just part of the game. It’s something that you have to get through. And I think our team responded pretty well right after we resumed.”

That’s precisely what Meralco did. It turned that seven-point lead to a wide 48-32 cushion by the period’s end, making it a long night for the Fuel Masters as it went on to enjoy a lead as high as 21 with six minutes left to play.

“I think we went on a nice little run and that was a good response to the situation,” said Newsome, who finished with 23 points, seven assists, and six steals. “So either way, we just control what we can control.”