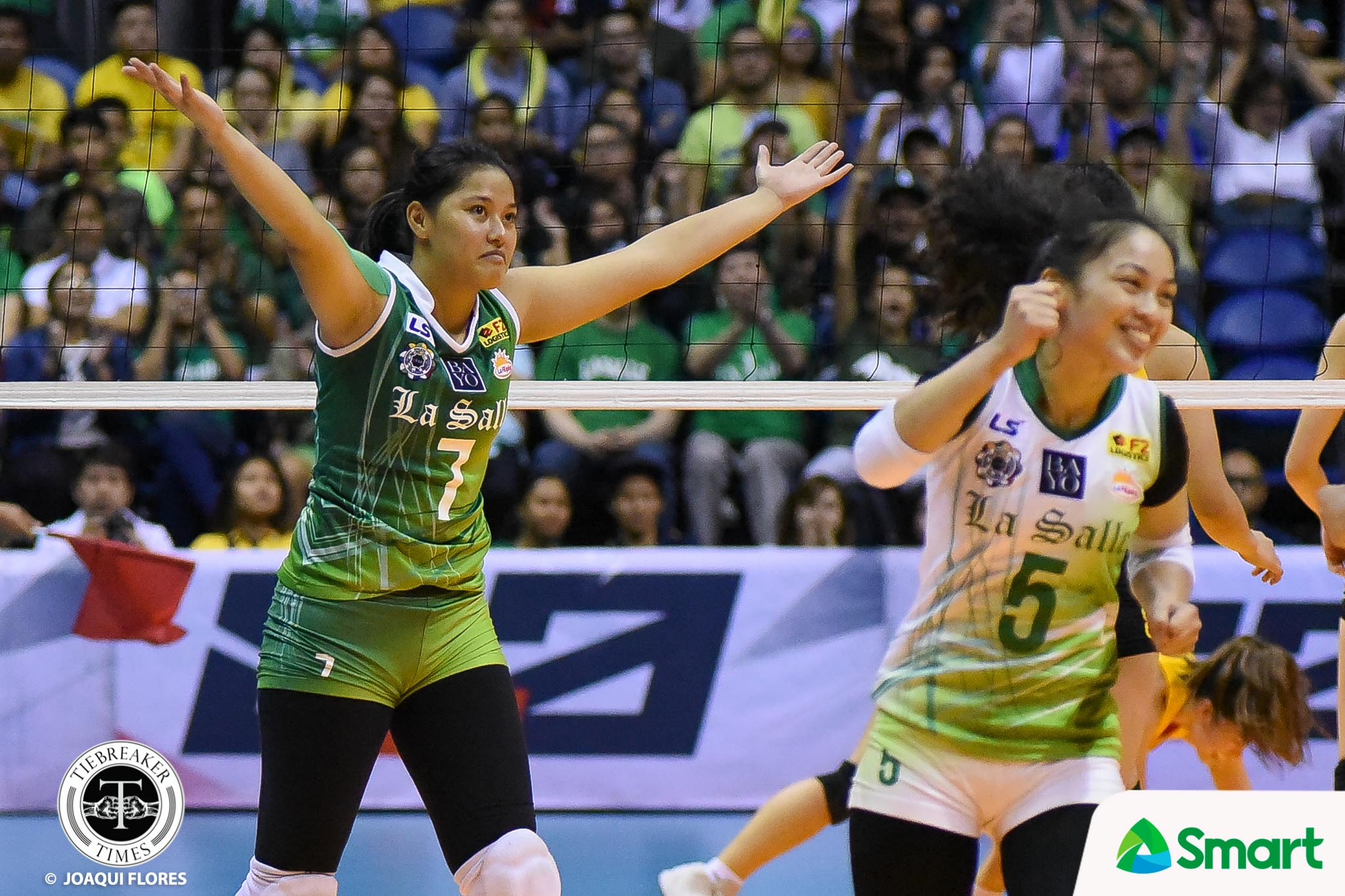 If a player who rarely gets minutes is suddenly expected to perform in the biggest and most important set of games of the season, it is natural to be rattled and to lack confidence, but that is not the case for De La Salle University Lady Spiker May Luna.

Aside from tallying a total of 15 points in the UAAP Season 80 Women’s Volleyball Finals series, Luna’s swag and confidence were on full show during the series.

She even has a signature celebratory move every time she drills the ball to the opponent’s side.

FEU lead is gone. We're 9-all following a string of points by May Luna. ¯_(ツ)_/¯ #UAAPSeason80Volleyball pic.twitter.com/F0kfgjLnrR

Luna barely saw playing time in the elimination rounds, but coach Ramil de Jesus proved that he still has more tricks up his sleeve when he unleashed Luna — especially in Game One of the Finals series against the Far Eastern University Lady Tamaraws. Safe to say, the Lady Tamaraws didn’t know how to defend someone they had barely seen.

Come Game Two, it seemed like the Lady Tamaraws had already prepared for her, but Luna pressed on and was still able to chip in six points.

#ReadMore  Cignal HD finally gets one over UVC, moves on to semis

After proving that she can contribute well for the team, Luna targets to earn De Jesus’ respect more and be trusted with a starting six position next season.