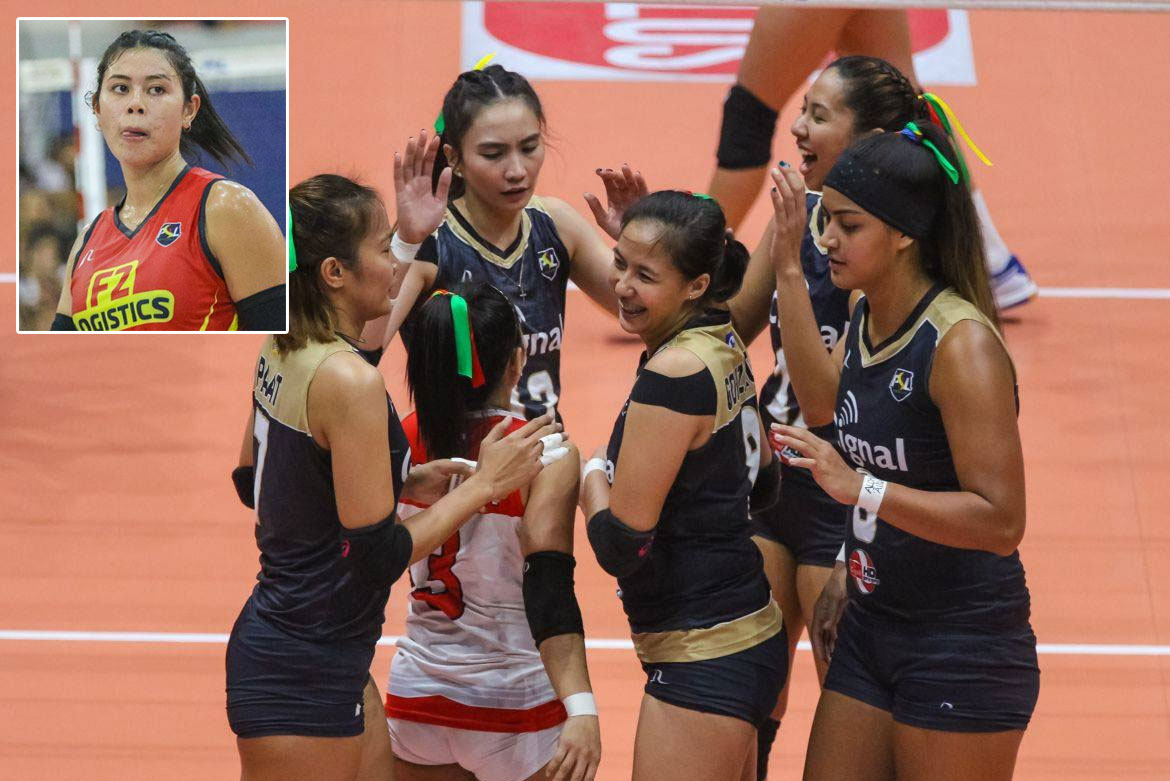 Kalei Mau said before that she wants to face off against good friend Alohi Robins-Hardy in the 2019 PSL All Filipino Conference Finals.

For this very reason, the 6-foot-2 wing spiker of F2 Logistics showed her support for Robins-Hardy and the Cignal HD Spikers in their do-or-die Game Two affair with the Petron Blaze Spikers on Thursday.

“I always have faith in a team when I see its potential, and I know how hard Alohi works and how much she wants it,” Mau expressed. “From the moment she stepped on the court against me a few weeks ago, she told me, ‘I want to play against you in the Finals’.

“So, I had the deepest feeling that she will make that happen.”

The 24-year-old’s hunch was correct.

Robins-Hardy orchestrated the offense for the HD Spikers to the tune of 32 excellent sets on top of seven points, which included two aces. Her performance helped Cignal clinch an All-Filipino Finals berth for the first time in franchise history.

But the do-it-all playmaker wasn’t the only one Mau kept an eye on.

“I just want to really give a shout-out to Ate Jovz [Jovelyn Gonzaga], who[m] I really respect as an athlete. As a fighter, she is amazing, and you can see it on the court.”

Gonzaga capped off an unprecedented three-day volleyball run with a masterful double-double outing for Cignal. She notched 17 points to go along with 21 excellent digs.

“She is such a competitor, such a high-level volleyball player, and I really respect her. And I’m so really looking forward to playing against her on Saturday,” continued Mau, referring to the lefty gunner out of Central Philippine University.

After seeing such a fine performance not just from Robins-Hardy and Gonzaga but also from the rest of the HD Spikers, Mau said that the elusive title could go either way.

Nevertheless, the Cargo Movers will come prepared in Game One of the Finals on Saturday.

“They are so strong. There’s so much fire in them and it’s going to keep on going,” Mau opined. “Now it’s unpredictable.

“This is the Finals. Anything can happen.”