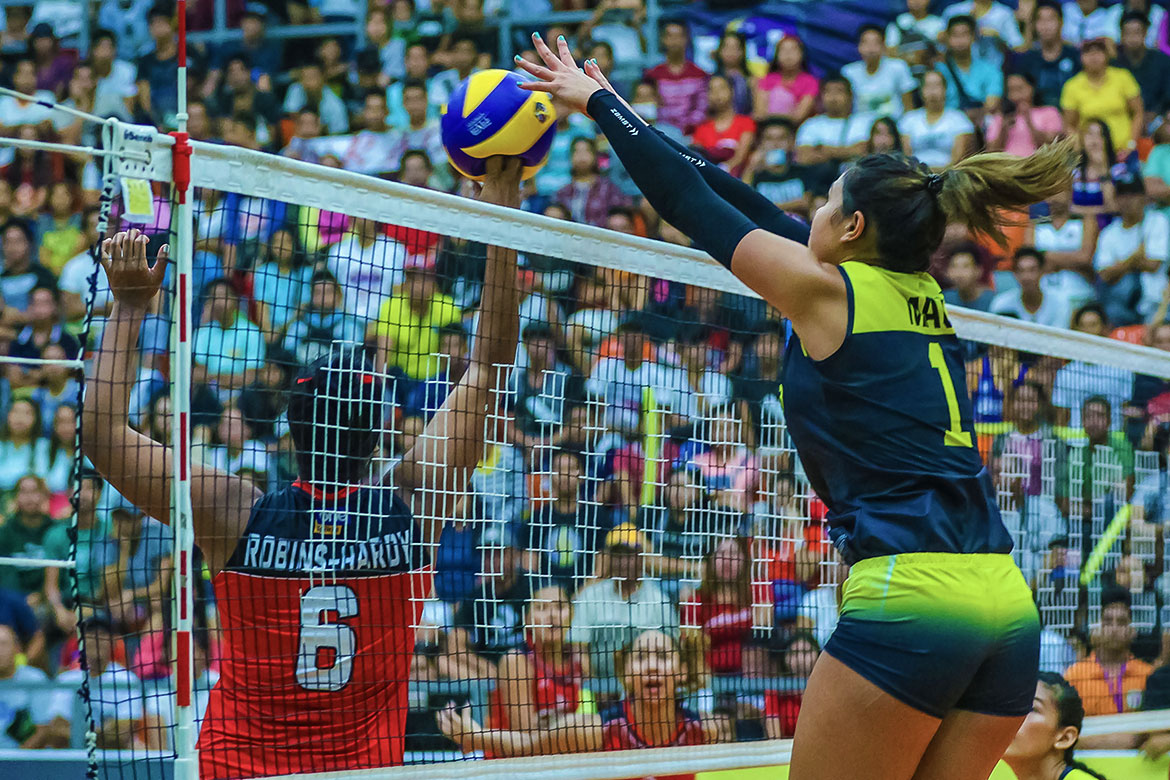 Moments after the F2 Logistics Cargo Movers punched their tickets to the 2019 PSL All-Filipino Finals on Tuesday, Kalei Mau gave her two cents on the Petron-Cignal semifinals pairing.

“I’ve watched both of their match-ups, and it’s a close one. So I wouldn’t be surprised if Cignal comes to play and something happens,” the 6-foot-2 outside hitter opined before the match between Petron and Cignal even started.

“I’m rooting for my sister Alohi [Robins-Hardy]. She’s awesome. They need to prepare for her because she’s going to bring it tonight.”

Surprisingly, that “something” really did happen.

The HD Spikers rallied from a one-set deficit, pulling a stunner over defending champions Petron to force a rubber match.

The do-it-all playmaker tossed 26 excellent sets laced with eight markers. She also delivered in the clutch, nailing a pair of differential hits in succession that widened a precarious 10-8 edge to a commanding 12-8 cushion in the decider.

“Alohi is such a great athlete, and she really separates herself from everyone else. The way that she plays, the way she sees the court  –actually really looking forward to that,” bared the F2 Logistic stalwart.

She then chimed in, “Honestly, that’s my [finals] prediction.”

Now, Cignal have erased Petron’s twice-to-beat incentive and the series is up for grabs. Mau’s forecast is also starting to take shape.

Still, the last finals berth will only be decided with a do-or-die match on Thursday.