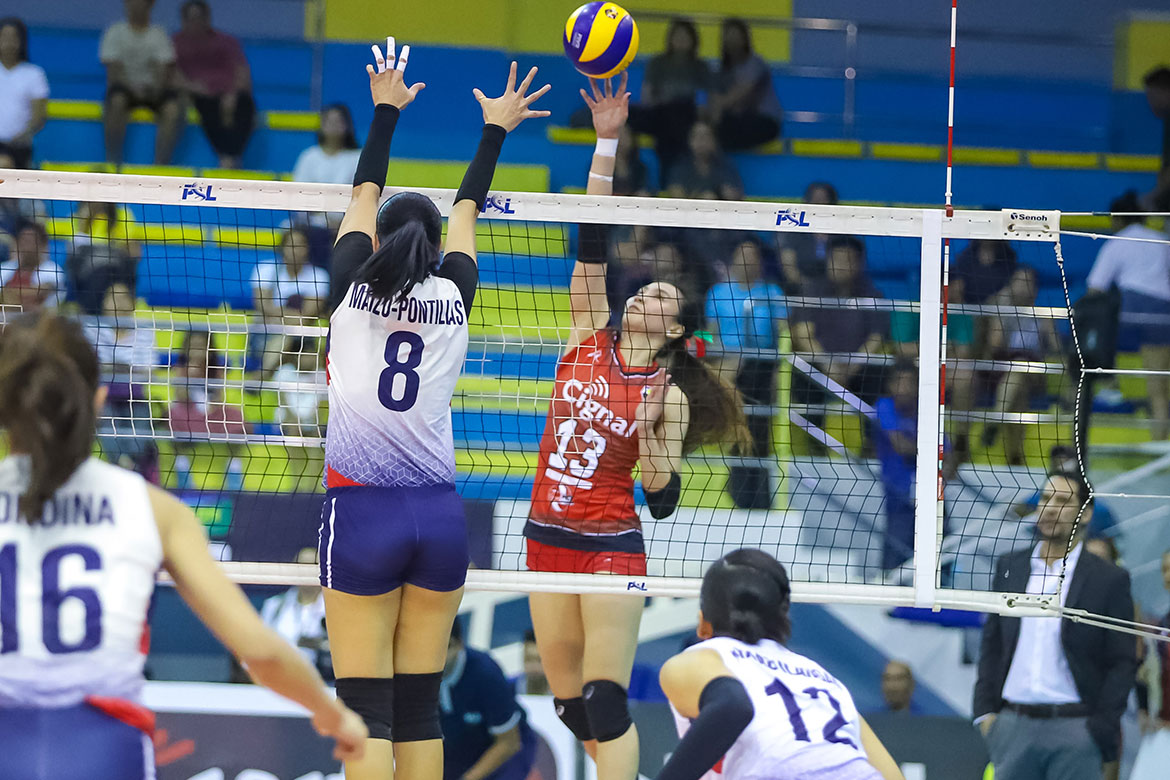 We have a series

Complimenting her was her longtime partner, Gonzaga. The Cignal stalwart poured in 15 markers — off 14 attacks — laced with 23 excellent digs to post a double-double performance.

While the HD Spikers controlled the tempo in the waning moments of the cardiac affair, it was the Blaze Spikers who had the upper hand in the previous frames.

Tied at eight in the fourth set, the Blaze Spikers relied on their quick combination plays and a slew of running attacks to fuel a searing rally that put them ahead by five in the second technical timeout.

However, the HD Spikers mustered a run of their own. With Daquis and Gonzaga behind the wheels, Cignal displayed its steady service game and persistent two-way arsenal that knotted a 15-21 gap to a 24-all lock.

In a seesaw deuce, Daquis took matters into her own hands, nailing the crucial touches that forged a decisive fifth chapter.

Cignal only had 56 attacks compared to Petron’s 71, but the HD Spikers made up for it in the blocking and service department. They collected 14 rejections and eight aces to the Blaze Spikers’ eight and six, respectively.

Aiza Maizo-Pontillas finished as the game’s top scorer with 22 points. She had 19 attacks and three kill blocks that went down the drain.

Sisi Rondina hammered down all of her 20 points from the attacking department. Meanwhile, Bernadeth Pons tallied a double-double of her own, netting 17 points — spiked by two aces — and 21 excellent digs.

Game Two will be on Thursday at the FilOil Flying V Centre.