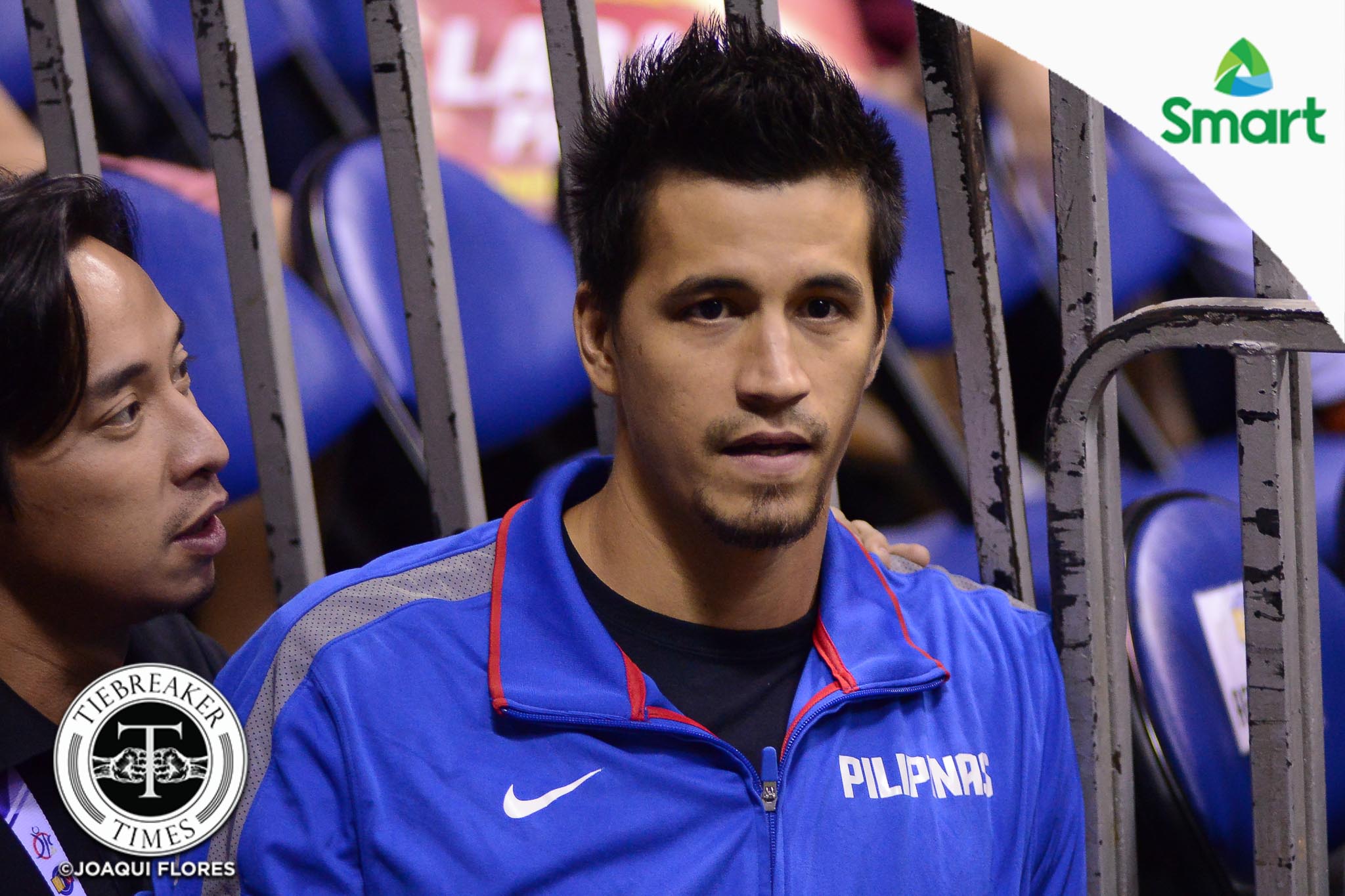 Marc Pingris has consistently been in attendance ever since Gilas Pilipinas started its preparations for the opening window of the FIBA Asia Cup 2021 Qualifiers last February 7.

The veteran internationalist, however, has since been on the sidelines while clad in street clothes. Still, he has always helped out the coaches and the players during sessions.

But him seeing action in the tilt — where the Nationals will face Thailand on the 20th here at home before taking on Indonesia on the road on the 23rd — remains clouded with uncertainty.

“Unfortunately, he’s got a problem with his knees,” head coach Mark Dickel bared moments after practice.

The 38-year-old forward confirmed the news, saying that his knee got hurt during one of the Magnolia Hotshots’ practices, though he allayed fears of any major injury.

Still, that won’t stop the two-time FIBA Asia Championship silver medalist from helping Gilas in any way he can.

“As soon as we can, we’d like to get him back in. But if not, man, he’s a real benefit just having him here talk to the other guys and help,” the Kiwi mentor expressed.

“It’s great having him.”