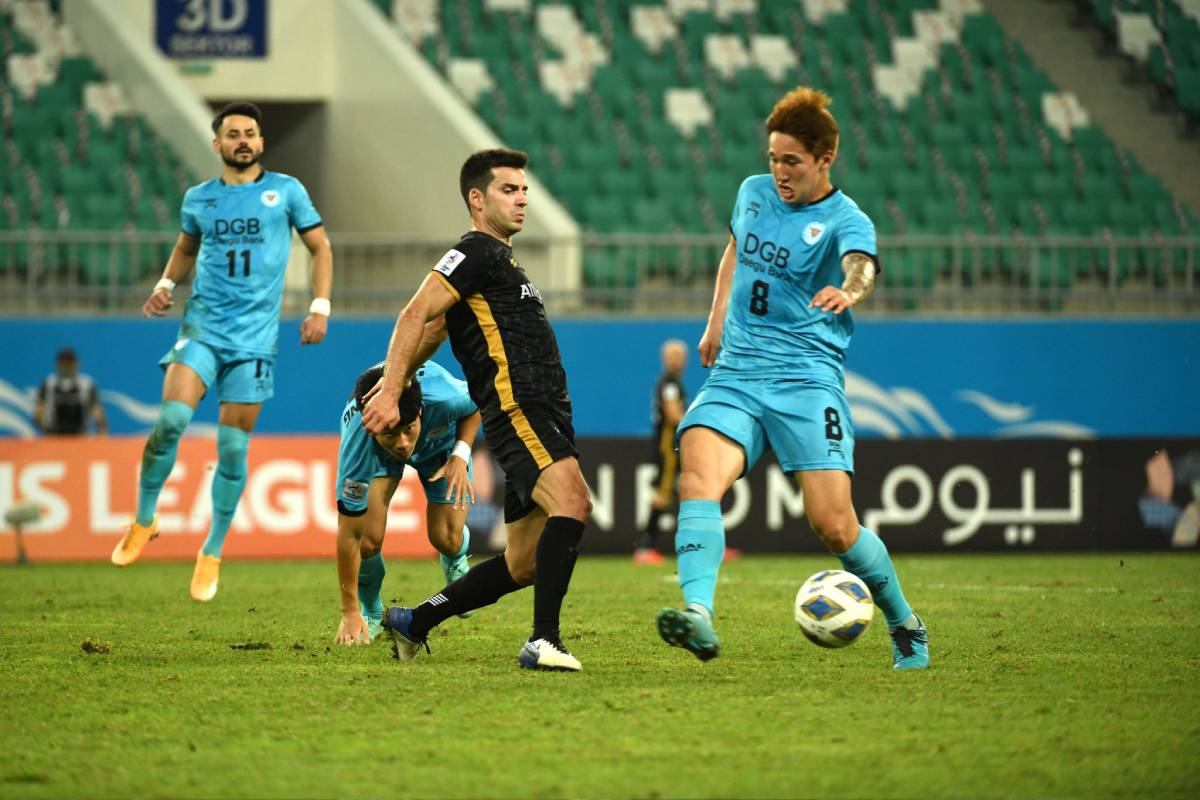 Three matches into the 2021 AFC Champions League and United City is in unfamiliar territory.

Following a 1-1 draw against China’s Beijing Guoan to kickstart their campaign, Jason Withe’s men suffered consecutive 7-0 and 8-0 humblings at the hands of South Korea’s Daegu and Japan’s Kawasaki Frontale, which have become eye-openers on how tough the competition is in the continent’s biggest club tournament.

“Different level at a difficult time but this will make us improve and be better in the near future,” admitted Bienve Maranon, who has yet to score a goal in the tournament.

“We don’t look for the result we have every game, what we look for and the reason we come here it’s because we want to learn and improve as a team and players as well from this beautiful competition and be better when we are back in the Philippines.”

Hopes were high from Filipino football fans that United City will be able to have a decent run in its first foray in the AFC Champions League.

However, in sports, one merely learns in losing and the lessons are coming fast for Maranon and his teammates.

“Football competitions, it’s about level. Our club is getting better year by year and we have the level to play and do really well in the AFC Cup and PFL. But when we talk about the Champions League we need one to two years and get experience to learn and improve,” said the 5-foot-8 winger.

“After that, I’m sure we will compete in every single game and the results will be different. Also, we couldn’t make the squad we really want, we don’t have time to train properly and we have had hard times due COVID in this time.”

Perhaps one of the biggest signs of United City’s struggle to stand toe-to-toe with their illustrious opponents is Maranon’s failure to register a goal or even produce a shot on target.

As the AFC Cup’s record goalscorer with 35 goals to his name, everyone was excited to see how he would fare in the AFC Champions League but it just has not worked out well so far.

“Unfortunately for me that is happening,” lamented the former Cadiz player. “My job in the team is to get balls close to the opponent box, creating change, and score goals but we are living hard times due to all I told you before. With a proper preseason and the squad, we really wanted I’m sure I had scored goals. Now it’s time to do a different job and help the team defend more.

“Backlines in the here are tighter, similar to Brisbane where we won, Port we won, Tokyo. and Tianjin we played really well. So we just have to wait for COVID to allow us to train in the conditions we want and our performance will be different.”

Now, with only three matches left to spare, United City still hopes to make waves in the competition despite the difficult odds.

Despite enduring difficult outcomes, Maranon believes there is still a chance to make up for the lost time.

“We will try to get some points in those three games. I’m sure we can do it. We are training well, staying together after all, and ready to make our supporters proud.”

On a personal note, it is safe to say that the dream of Maranon to play as a member of the Philippine Azkals is drawing nearer each passing day.

When the bill to make him into a Filipino citizen becomes law, he will be further determined to add to his legacy in Philippine football.

“Yesterday was last the day for President Rodrigo Duterte to sign, so next week the naturalization will lapse into law. We need Malacañang to submit the documents so I can be inscribed in FIFA to play as a Filipino at all. I’m really happy, excited, and ready for this new chapter in my career.”