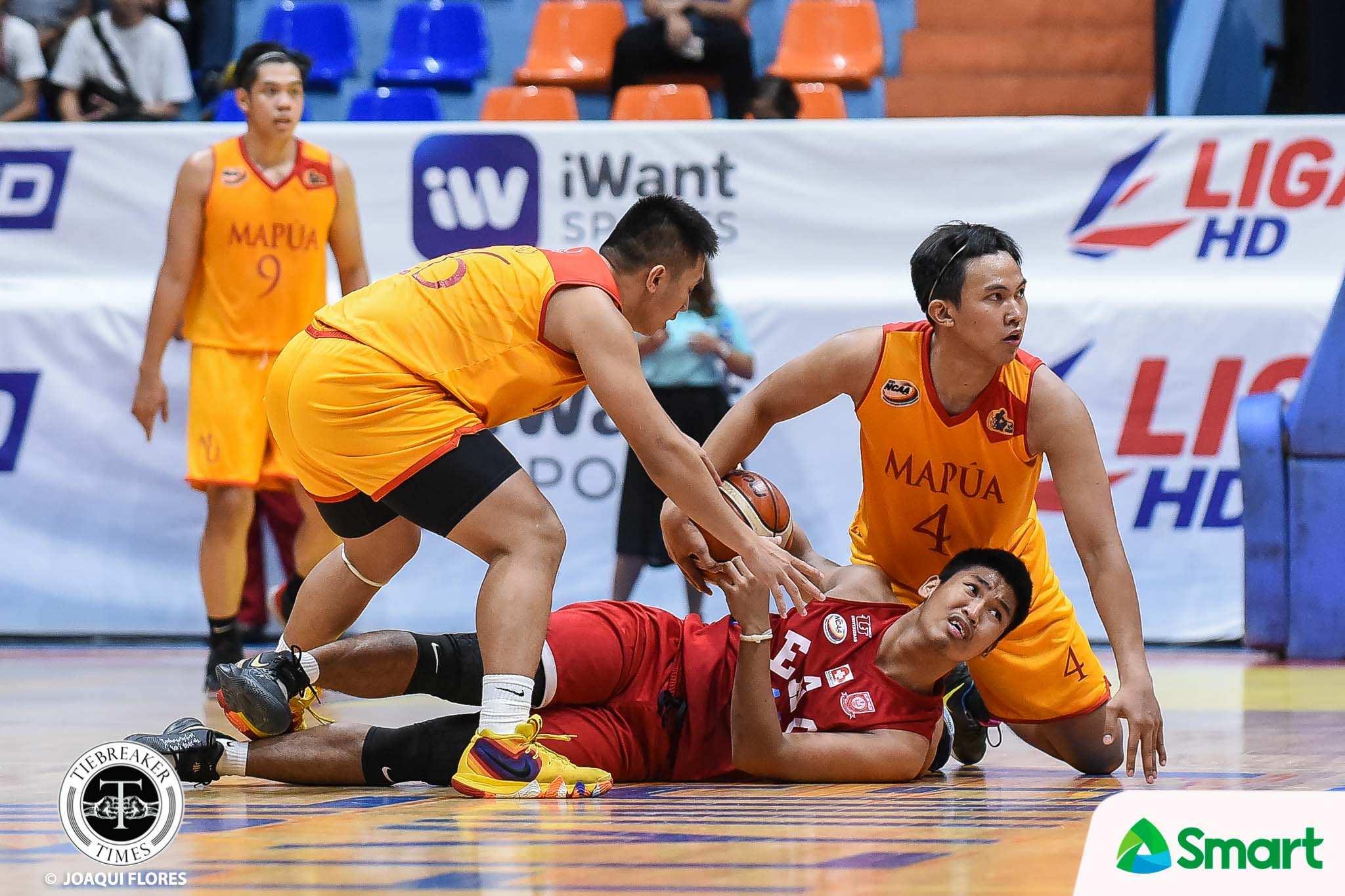 Behind a huge third-quarter surge, the Mapua University Cardinals racked up their second straight win at the expense of the Emilio Aguinaldo College Generals, 76-66, Tuesday afternoon at the Filoil Flying V Centre in San Juan City.

However, the win was overshadowed by the last few seconds of the game that saw one Cardinal called with a disqualifying foul.

With 22.5 seconds left and the game already out of reach, Mapua’s Jasper Salenga was called for a disqualifying foul against JC Luciano. Then in the closing seconds of the game, Joaqui Garcia was called for an unsportsmanlike foul.

Salenga will be suspended in Mapua’s game against the JRU Heavy Bombers on Friday, August 16.

Mapua’s core though did its job in the third canto.

Cyril Gonzales and Laurenz Victoria powered a huge 21-0 Mapua run that turned a one-point lead into a 56-34 cushion.

This is Mapua’s second win of the season to go to 2-5. On the other hand, EAC lost its fifth straight game to fall to 1-6.

EAC, who takes on the Perpetual Altas on Tuesday, August 20, were led by Luciano’s 12 points and seven rebounds. JP Maguliano was limited to just 10 points and six boards.