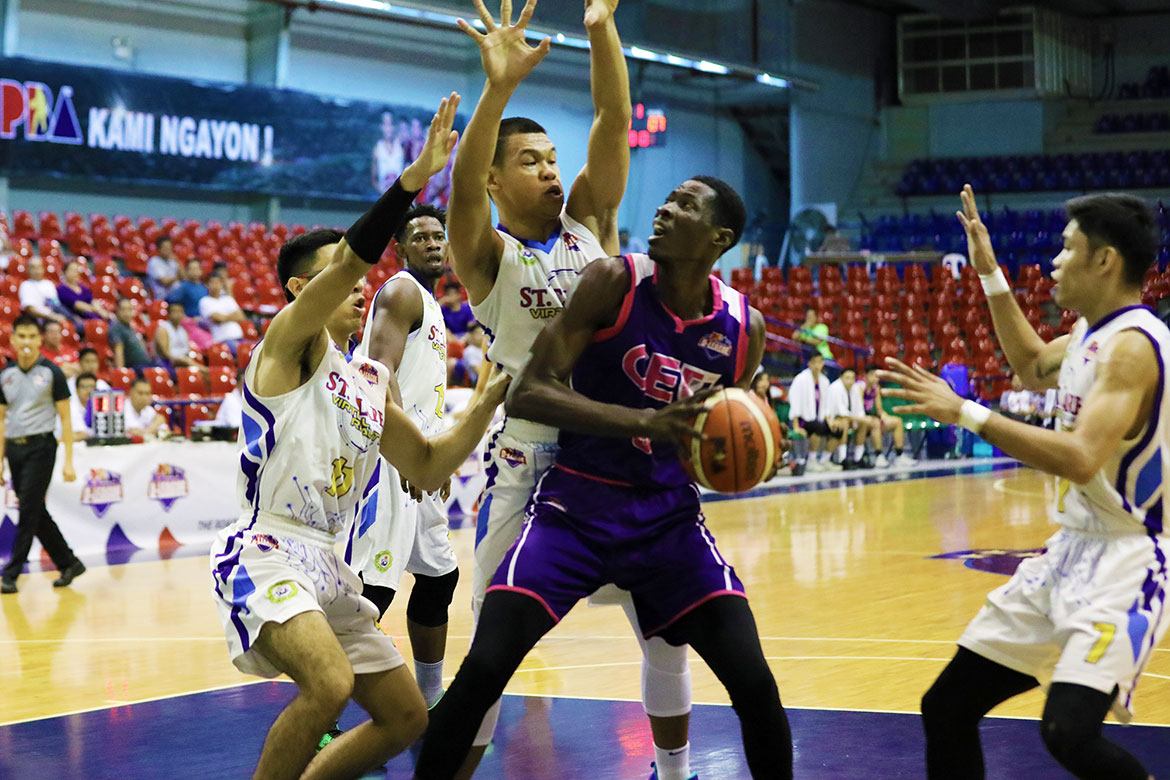 With 3:11 left to play, CEU suffered a tough blow when Senegalese big man Malick Diouf got called for a flagrant foul penalty one following a landing spot foul on Raymond Rubio. That meant he had to sit out for three minutes.

It was a nerve-wracking moment for the Scorpions as Diouf had been a major key for them in the match, and losing him might allow the Saints to mount a comeback as they were facing an 80-67 deficit when the lengthy slotman exited.

The 19-year-old, however, was unshaken. And it’s because of the confidence he has with his teammates.

The other Scorpions did not disappoint.

With Rich Guinitaran and Dave Bernabe holding the fort for the Mendiola-based cagers, CEU dealt with Diouf’s absence greatly, and it paved the way to the 89-72 victory that clinched them a spot in the D-League championship round.

Diouf is elated with the win, especially due to the fact that they were able to do so despite having limited manpower — only seven Scorpions have been playing these playoffs, as the others got kicked out following game-fixing allegations.

“I’m so happy because we played only [with] seven players,” expressed Diouf. “It’s so hard to win. So hard.”

The Scorpions, though, will face a tall order in the title bout, as they will be facing favorites Cignal-Ateneo in a best-of-five series. Diouf knows who will they be facing, but he vowed that CEU will give it their all versus the Blue Eagles.

“They’re a good team. They’re a disciplined team. I was watching them last time in the semifinals against San Sebastian,” he said, recalling Ateneo’s semis clash with Valencia City-San Sebastian which the former swept.

“They’re a disciplined team. I know they will be hard, but we will do our best.”