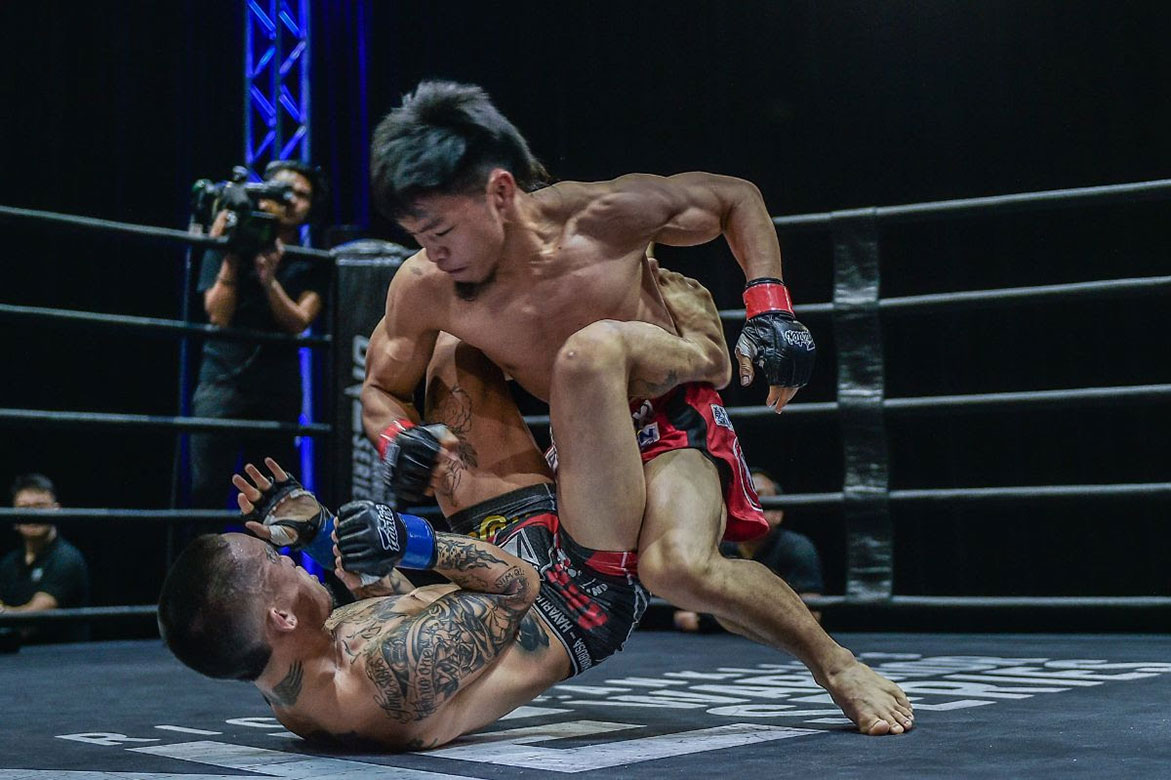 Lito “Thunder Kid” Adiwang made it look easy in his stint in Rich Franklin’s ONE Warrior Series (OWS) toward a ONE Championship contract, but he was adamant that he picked up a lot of lessons along the way.

In his latest outing, Adiwang went the distance against Anthony “The Antidote” Do en route to a unanimous decision victory at OWS 7 last August 6 in Singapore where he finally got promoted to the main roster.

But for Adiwang, there is certainly a lot of things to work on.

“I was a bit upset at first cause I didn’t get a finish, but now I look at the positives. I learned a lot and the biggest thing I learned is the need to be flexible,” Adiwang explained.

“I need to be flexible, not just focusing on one finish. I could have gotten a finish if I went to plan B and fought him on the ground. I am confident that I can submit him there.”

The Team Lakay representative knew that a win alone against Do does not guarantee a contract in the The Home of Martial Arts. And in his hopes to impress, he forgot to use some of the weapons in his arsenal.

It is something that he vows to never repeat moving forward.

“I always try to put on a good show, but I found that focusing on just one aspect of my game would prove disastrous for me,” Adiwang shared.

“Just try to be more rounded, I’ll try to mix it more a bit, whether it be in the striking department or on the ground.”

Adiwang was impressive in his short stint at OWS, but the 26-year-old pride of Baguio City wants to show more moving forward.

READ  Chooks-to-Go to support MPBL for next five years

“Watching my fights after, I know that I can do and give more,” Adiwang shared.

“Because of a mistake, sometimes I fail to do other things. That’s something that I need to change entering ONE.”

Tune in to watch ONE Championship’s next event, ONE: Dreams of Gold, by downloading the ONE Super App. The action starts Friday, August 16 at 6:30pm local time.

How Lito Adiwang’s Homecoming Set Him For Breakout Success