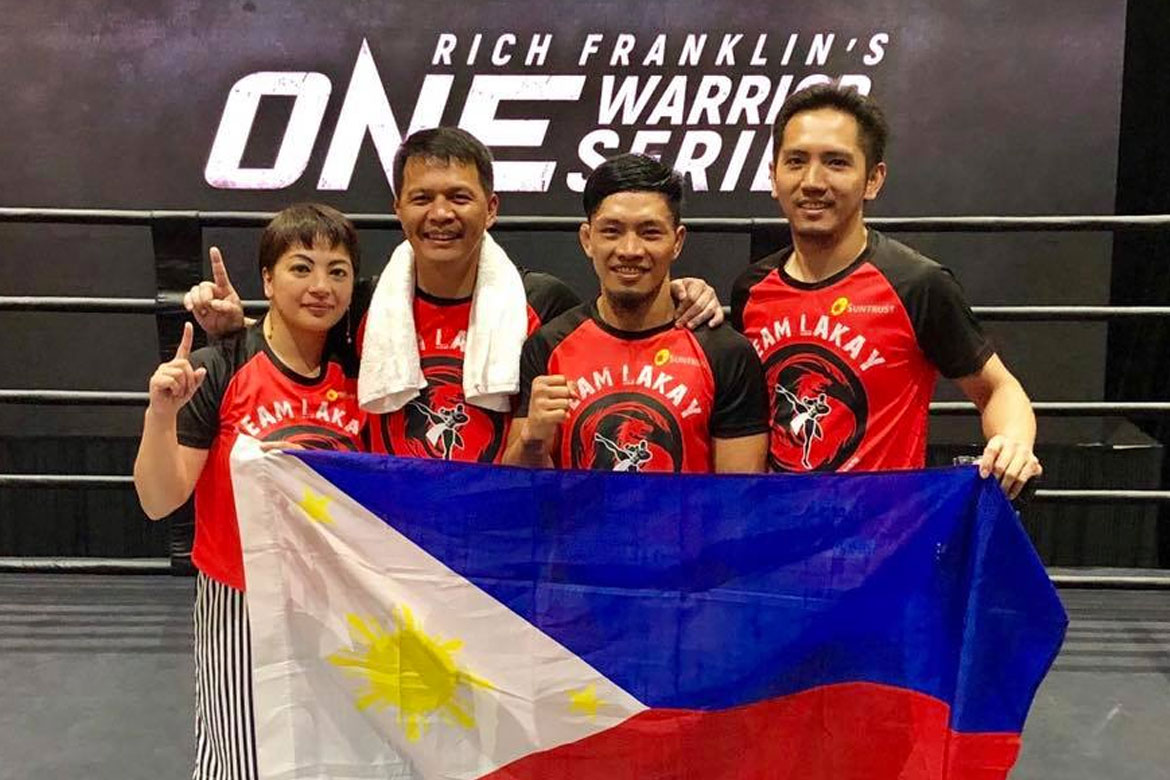 Team Lakay’s rising star Lito Adiwang is the latest athlete from Rich Franklin’s ONE Warrior Series (OWS) to earn a lucrative contract to compete in ONE Championship’s main roster.

The 26-year-old Baguio City native secured a lucrative six-figure contract to the main roster and the “Bout of the Night” after scoring a unanimous decision win over Anthony “The Antidote” Do of Vietnam in the main event of ONE Warrior Series 7 in Singapore on Tuesday, 6 August.

This was Adiwang’s third consecutive win in OWS. Now, he enters the main roster as one of the hottest rising stars in the organization.

“Certainly [I’m] happy that I won the fight of the night and the contract. Aside from the win, I’m grateful that we both came out healthy after that match with Do,” Adiwang said.

But getting the golden ticket to the main roster was not as easy as it looked.

Do certainly pushed Adiwang, as the Vietnamese fighter came in with loads of experience and tons of grit entering the contest.

“The Antidote” took his chances with Adiwang in the stand-up department. Unfortunately for him, the hard-hitting Filipino packed power, connecting with significant punches to the head and kicks to the body.

Meanwhile, the ground game battle was a different story for both athletes. Do had his golden opportunity in the second-round when he almost pulled out the victory with an armbar attempt on Adiwang.

Thankfully for the 26-year old, he managed to escape and dominate his Vietnamese foe until the final bell.

For Adiwang, he got nothing but respect for Do, who gave him plenty of pointers in his game that he needs to review as he enters the big league.

“I was able to defend his attacks while at the same time, I was also connecting. I was looking for the knockout to be honest, but he was really good. And I couldn’t seem to catch him perfectly,” Adiwang said.

“I wasn’t really happy with how I performed ’cause I wasn’t able to secure the finish. However, I can’t say anything bad on Do because he’s really good. He brought out the best in me and he showed me the things I need to do to improve.”

Nevertheless, Adiwang is ready for the next chapter of his martial arts career, and thanked everyone who has been a part of his journey since day one.