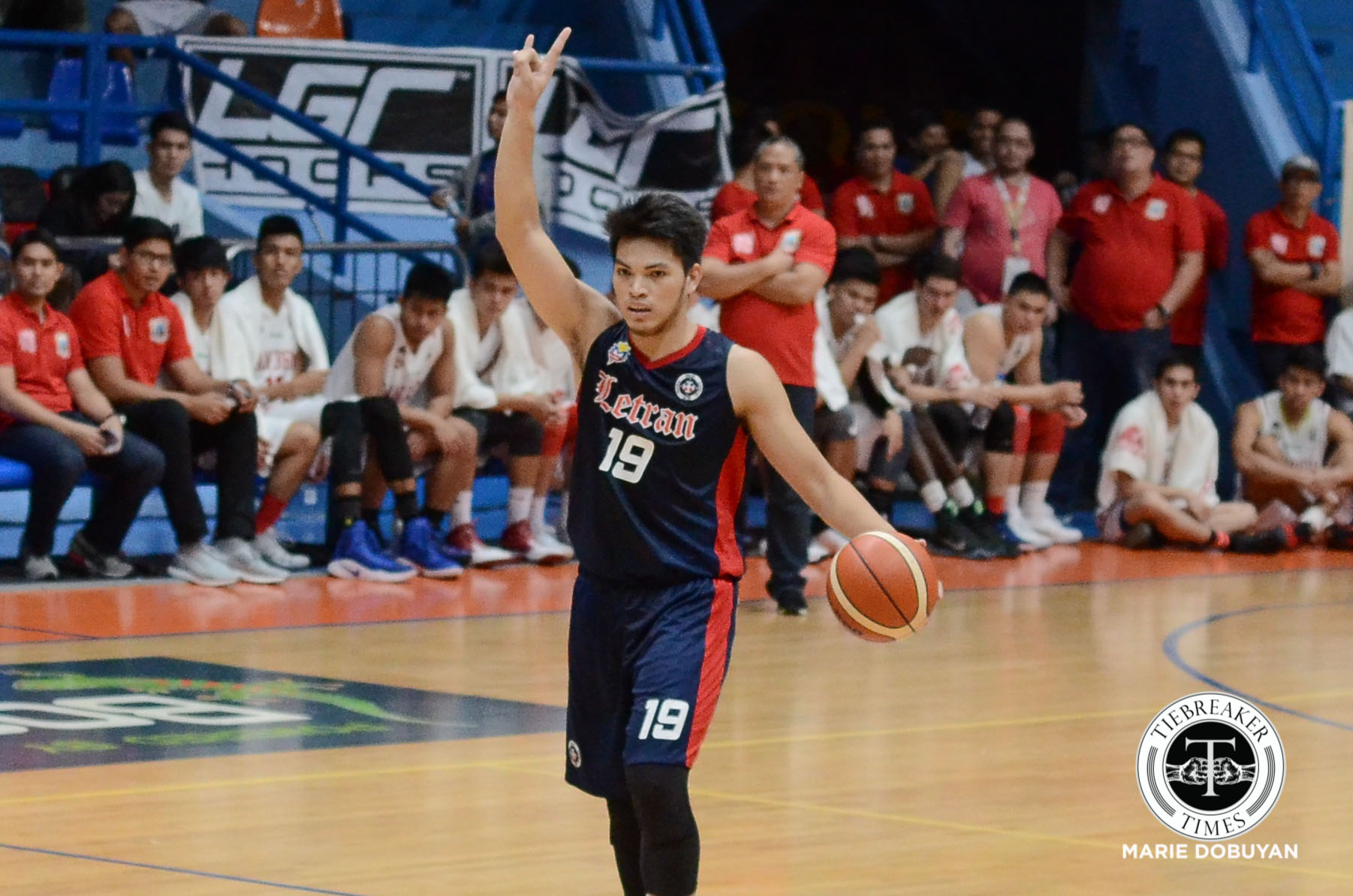 Like a knight in shining armor, Bong Quinto came to heed Letran’s call, stepping up valiantly in the forefront of their crucial Final Four rally to earn the SMART-Chooks to Go/NCAA Press Corps Player of the Week for the period of August 18- 24.

Quinto normed 21.0 points, 9.0 rebounds and 2.5 assists per game in 30 minutes of action as Letran went 2-0 this week to improve to 7-6, tying Jose Rizal University at third place with just five games to go in the eliminations.

With the Knights’ playoff hopes on the line, the 20-year old Quinto rose to the occasion, racking up 20 points, eight rebounds and three assists in an all-important 84-73 win over Arellano last Tuesday which finally ended their three-game slide and pushed them back to semifinal contention.

Three days later, the former NCAA Juniors MVP then followed it up with a solid double-double of 20 points and 10 boards to go along two assists in Letran’s 88-79 payback against the listless Mapua University.

Indeed, with the bonafide Letranite Quinto leading the pack in their last two huge victories, the Knights now are on a more comfortable haven after lingering outside the Final Four just last week.

Quinto and the rest of the Knights will try to shrug off the chasing Golden Stags who are just riding on their coattails at 6-6 in a pivotal clash on Tuesday.