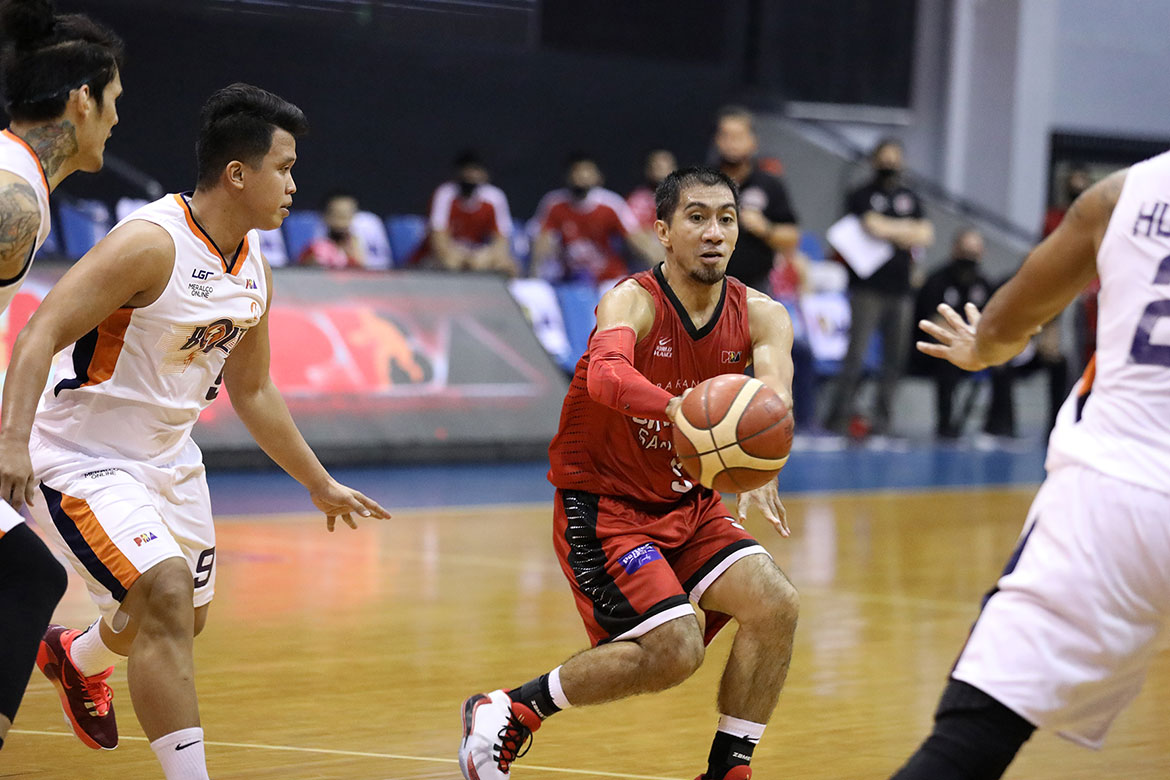 Coach Tim Cone will be closely monitoring LA Tenorio after he noticed that his floor general appeared shaken up during Barangay Ginebra San Miguel’s match versus Meralco, Sunday night.

The 36-year-old is just weeks removed from a laparoscopic appendectomy. The decorated mentor then took him out of the game entering the fourth quarter of the game which the Gin Kings won, 105-91.

“I like seeing LA play well, especially in that second quarter. In the second half, he was playing well, but I saw him touch his stomach a couple of times and I saw him flinch his face. So I pulled him out of the game already,” he said.

“I think his wounds get sore over a period of time. That is something we have to watch.”

Tenorio came off the bench and played for 17 minutes and 14 seconds. He finished with six points on 3-of-4 shooting from the field, along with four assists and a rebound against one turnover.

The 14-year league veteran arrived late in the bubble due to the minor procedure. He entered the former US military base in Pampanga just a day before star forward Japeth Aguilar did.

Both players were actually expected to miss the Barangay’s season debut on the first day of the season resumption last Oct. 11. But both of them showed up and played. Since then, they’ve seen action in all of Ginebra’s three games.

As the season progresses, the two will slowly catch up in terms of shape — especially Aguilar, who even topscored for the Gin Kings in their win over the Bolts with 20 points on 8-of-11 shooting.

The 6-foot-9 big man stayed on the floor even with Ginebra already holding a big lead. For Cone, he did it on purpose to help Aguilar regain his usual form faster. “I let Japeth out there the whole time just to get him in shape. He kept wanting to come out. [I said] ‘No you’re staying in there, you’re staying in there’. We really don’t have time to get in shape by working out because the games come so fast. So Japeth has to kind of play himself into shape, the same thing for LA. The only way he is going to play himself into shape is if he plays the minutes,” he said.

“Even though we had a big margin, I was not taking Japeth out. That is unusual for me, but I saw it as a purpose for him to stay on the floor and keep working. Hopefully, that will make him better in our next game, which is Phoenix.”