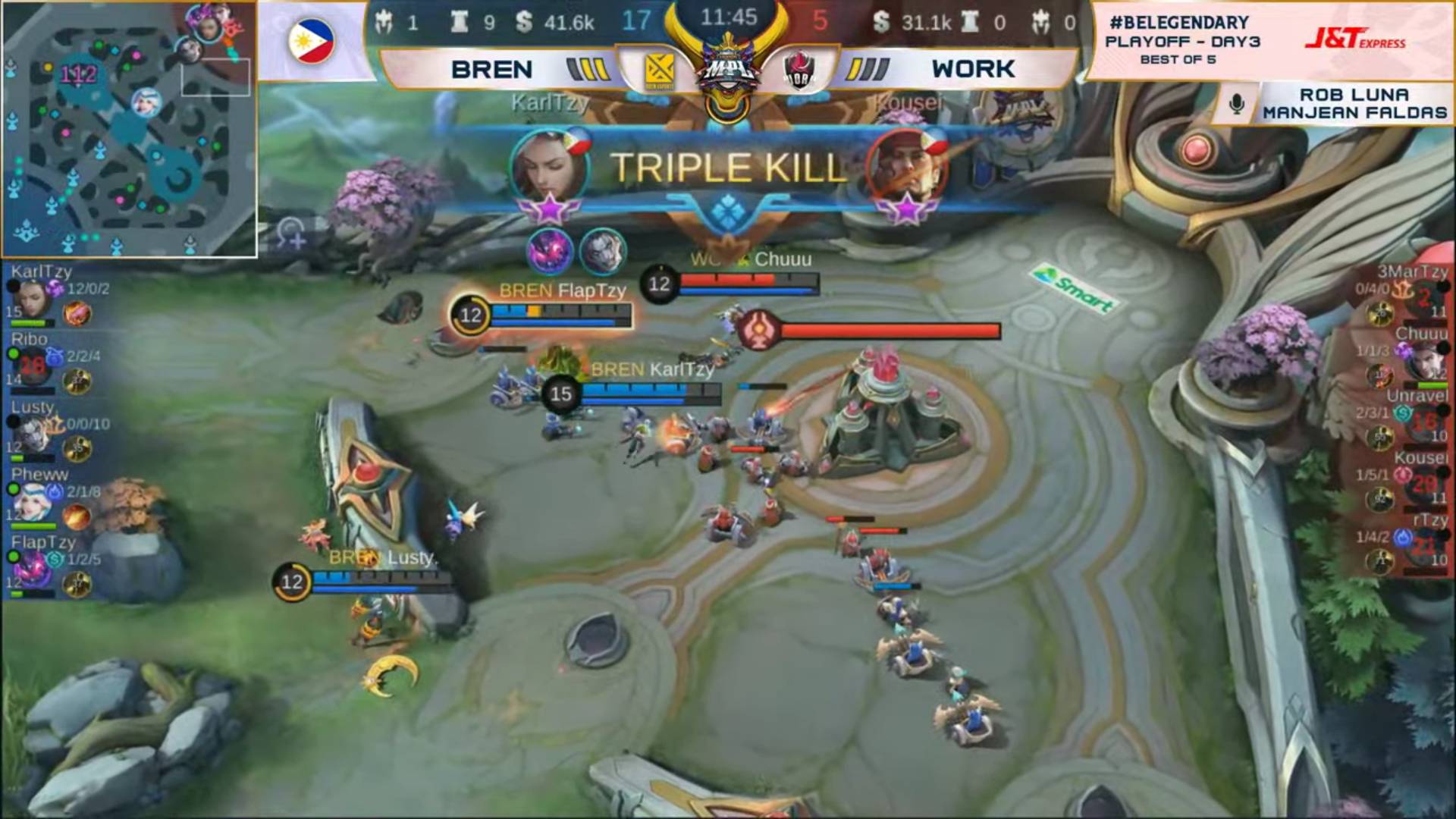 The 17-year-old KarlTzy, who played the Benedetta in the last three games of the series, secured two triple kills in Game Four and finished with 12 kills and three assists without a single death in the series-clinching, 18-5 victory.

Allan “Lusty” Castromayor chipped in a game-high 10 assists on his Khufra while Angelo “Pheww” Arcangel’s Kagura had three kills and eight assists against a single death.

On the other hand, Daniel “Chuu” Chu’s Claude was held to just a kill, two deaths, and three assists, while the duo of Kousei and 3MarTzy combined for a total of nine deaths, a kill, and an assist in the loss. 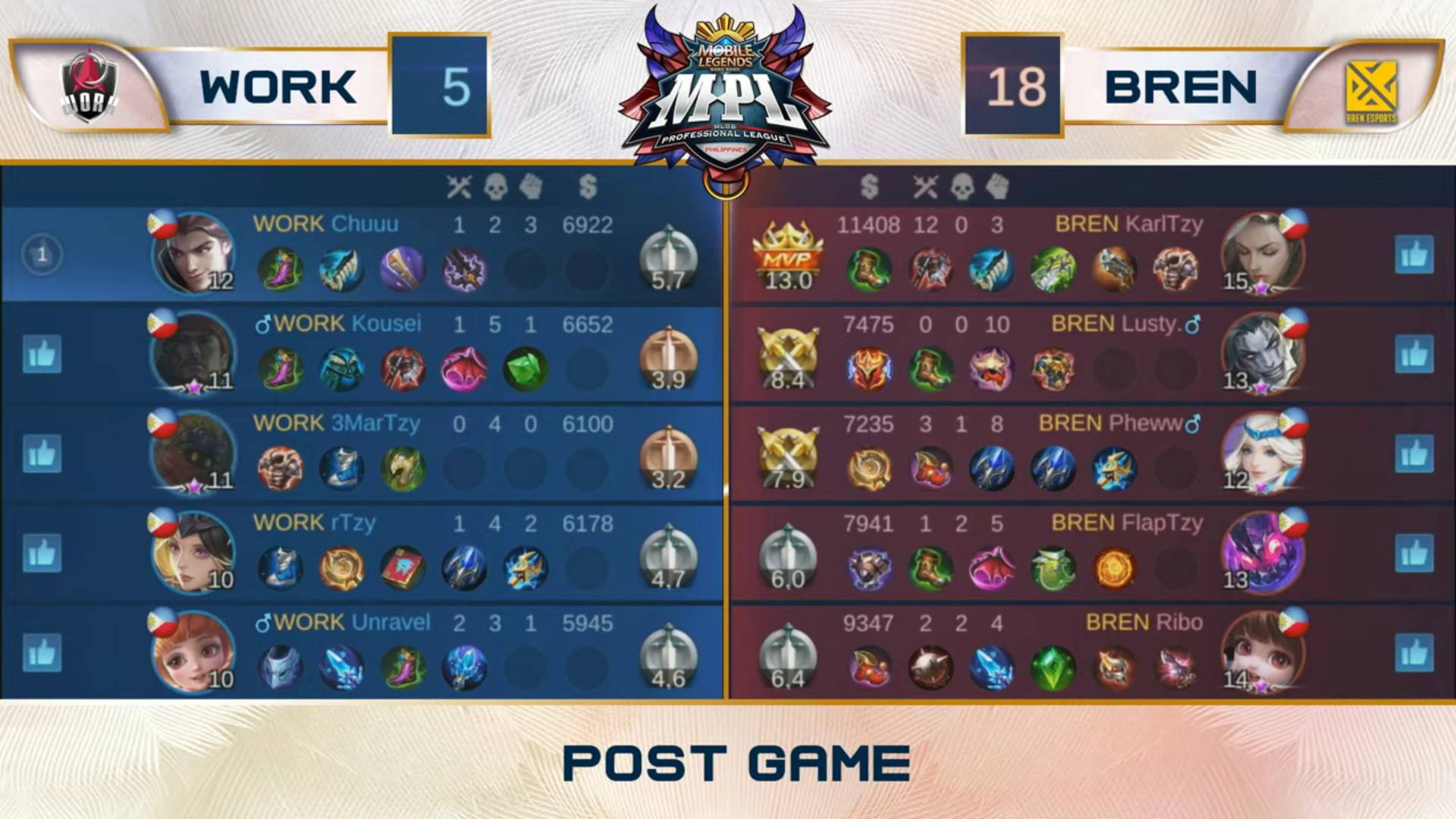 Despite being manhandled by Work Auster Force in the early game, Bren Esports managed to pull all the stops needed to complete an epic come-from-behind win in Game One.

Multiple outplays from KarlTzy’s Claude and Pheww’s Lunox paved the way for Bren Esports to complete the 20-28 victory in 32 minutes and nine seconds.

#ReadMore  Laus' Doujin continues to roll in The Nationals Tekken 7

Pheww won the SMART MVP award with six kills, nine deaths, and six assists while dealing a total of 105,962 damage. 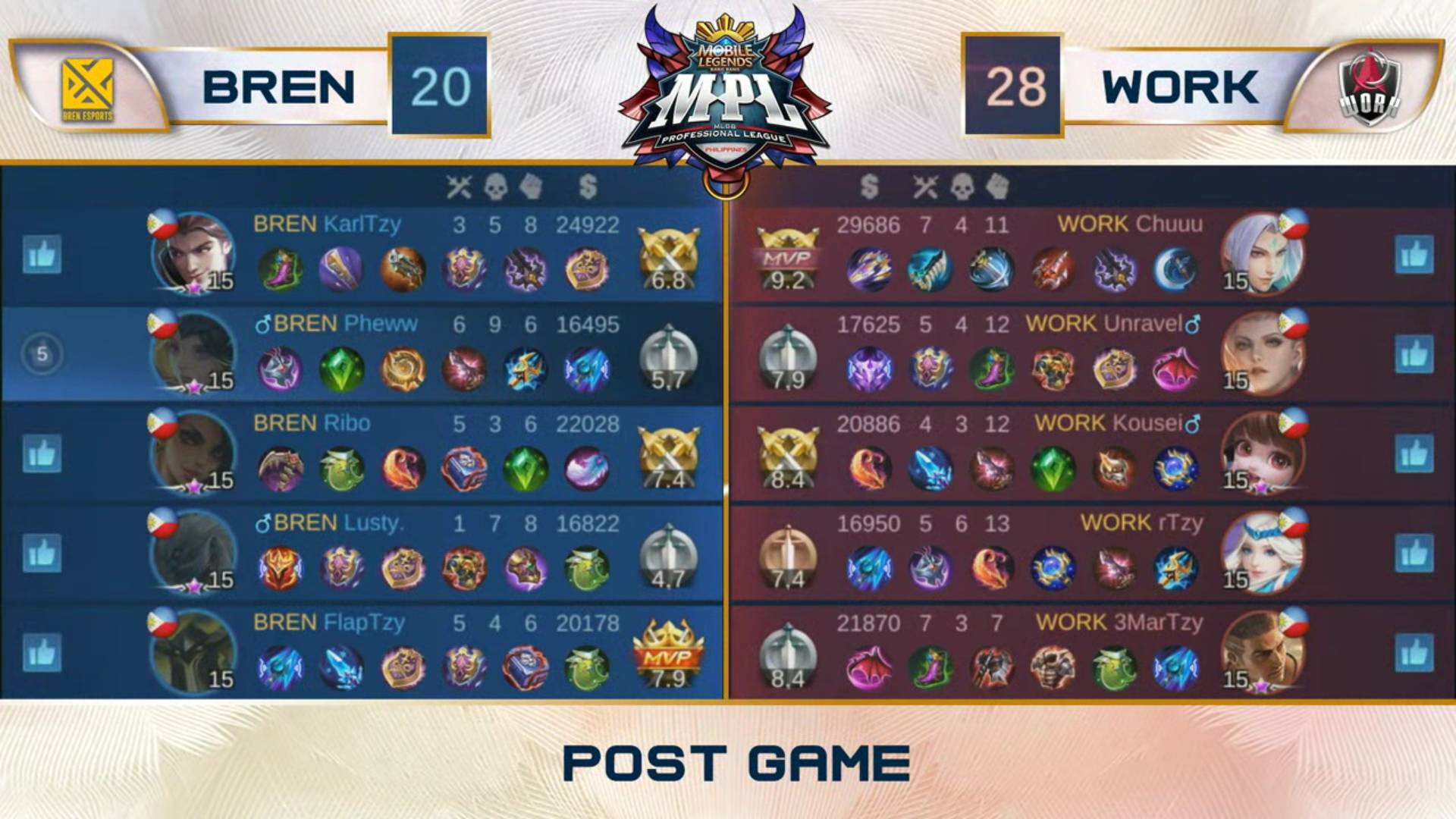 Work Auster Force then bounced back in Game Two, overcoming KarlTzy’s (Benedetta) one against five Lord-steal to tie the series at 1-all.

Dylan “Unravel” Catipon (Khufra), who returned the favor by stealing the second Lord, was named the SMART MVP with a game-high 17 assists laced with seven deaths and a playoffs-high 261,540 damage taken. The defending champions pulled no punches come Game Three, taking a dominant 16-4 victory on the back of KarlTzy’s Benedetta, who finished with a perfect 7-0-5 stat line, en route to the SMART MVP. 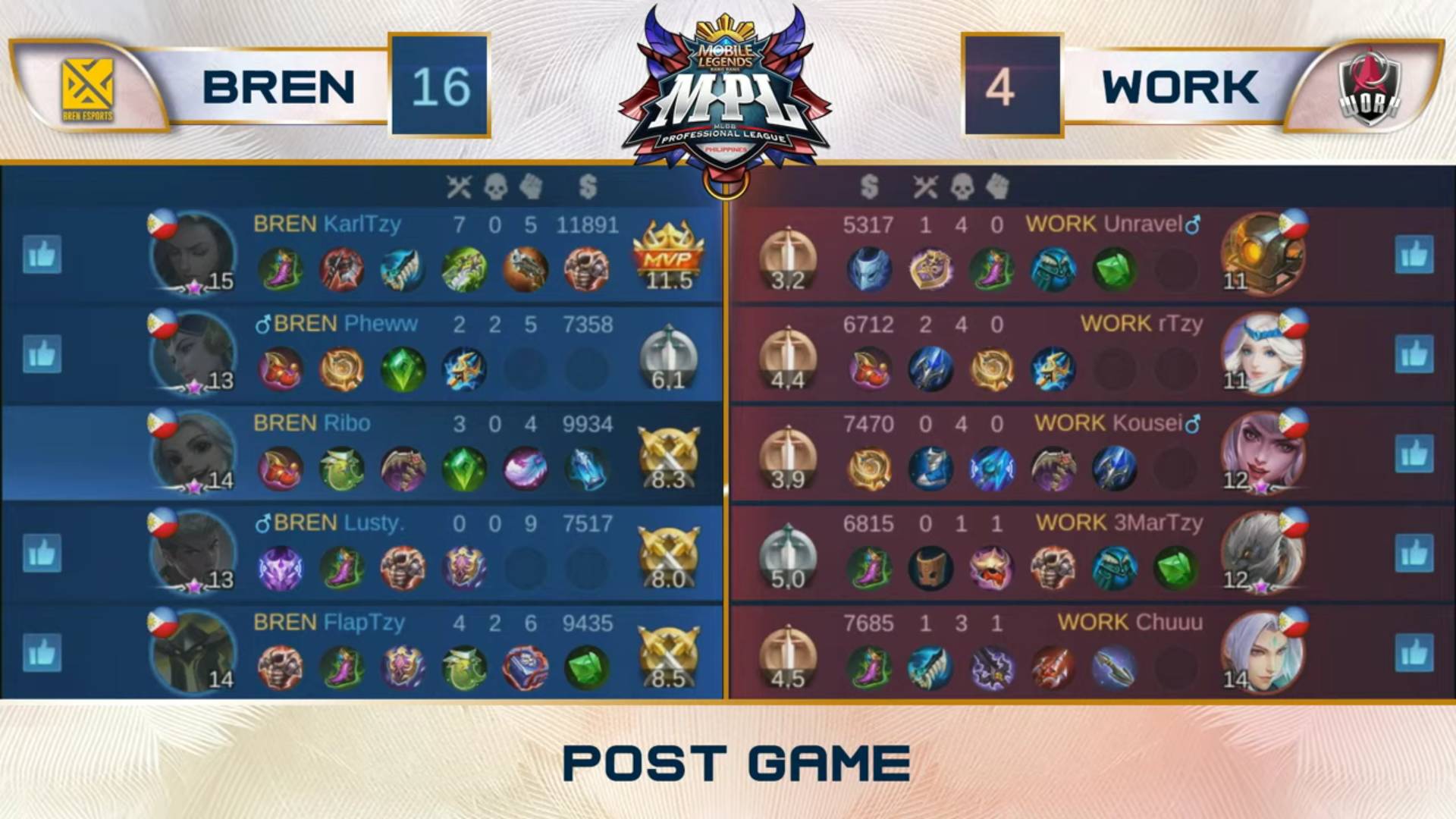 Bren Esports will next face the winner between the lower bracket match of Omega Esports and Execration tomorrow, Saturday.