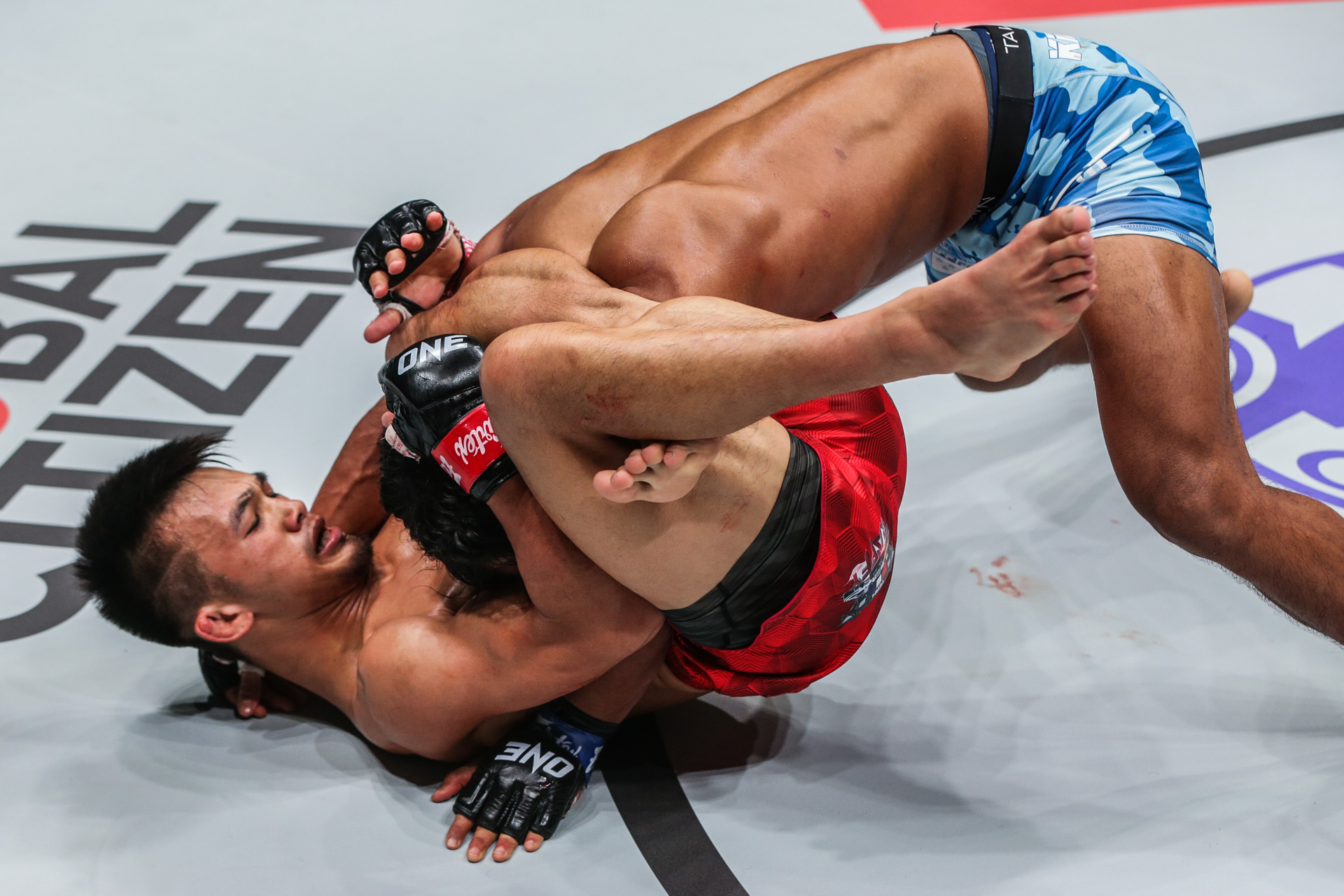 Hu Yong earned the biggest win of his young mixed martial arts career, stopping former ONE flyweight champion Geje Eustaquio on the main card of ONE 164 on Saturday night, December 3.

The Chinese standout silenced the pro-Filipino crowd inside the SM Mall of Asia Arena in Pasay City, Metro Manila as he sent Eustaquio crashing to the canvas with a laser-sharp right hand that landed square on his opponent’s chin.

Hu pummeled Eustaquio with a few more shots on the ground before the referee intervened to call a halt to the contest at the 4:43-mark of the first round.

With the upset victory over Eustaquio, Hu moved up to a 10-4 record and clinched his sixth career knockout win.

In addition, Hu would be bringing home a $50,000 performance bonus.

On the other hand, Eustaquio dropped 14-9. The heartbreaking loss also snapped his two-fight winning streak.

Jeremy Pacatiw (12-6) returned to the winner’s circle in emphatic fashion, submitting Myanmar’s Tial Thang (9-5) with a deep triangle choke in the second round.

Pacatiw blitzed through Tang right off the bat, punishing the Burmese-American standout with staggering boxing combinations and even pushing for the finish early in the first round with an armbar submission.

“The Juggernaut” came out of his corner with guns blazing, torching Tang with flurry of wild punches before dragging him to the ground to latch on the bout-ending strangle.

“Respect to brother Tial Thang. He was very tough, very talented and I know someday we’ll face again in the cage. I took an armbar, but it was slippery. I looked for an opening and he gave me the triangle choke. It was ‘good night, Irene,’” Pacatiw expressed in a chat with play-by-play commentator Mitch Chilson.

#ReadMore  On the brink, Christian Standhardinger calls on NorthPort to still go all-out in semis

His gallant performance was not left unnoticed as company head honcho Chatri Sityodtong bestowed a generous reward worth $50,000. 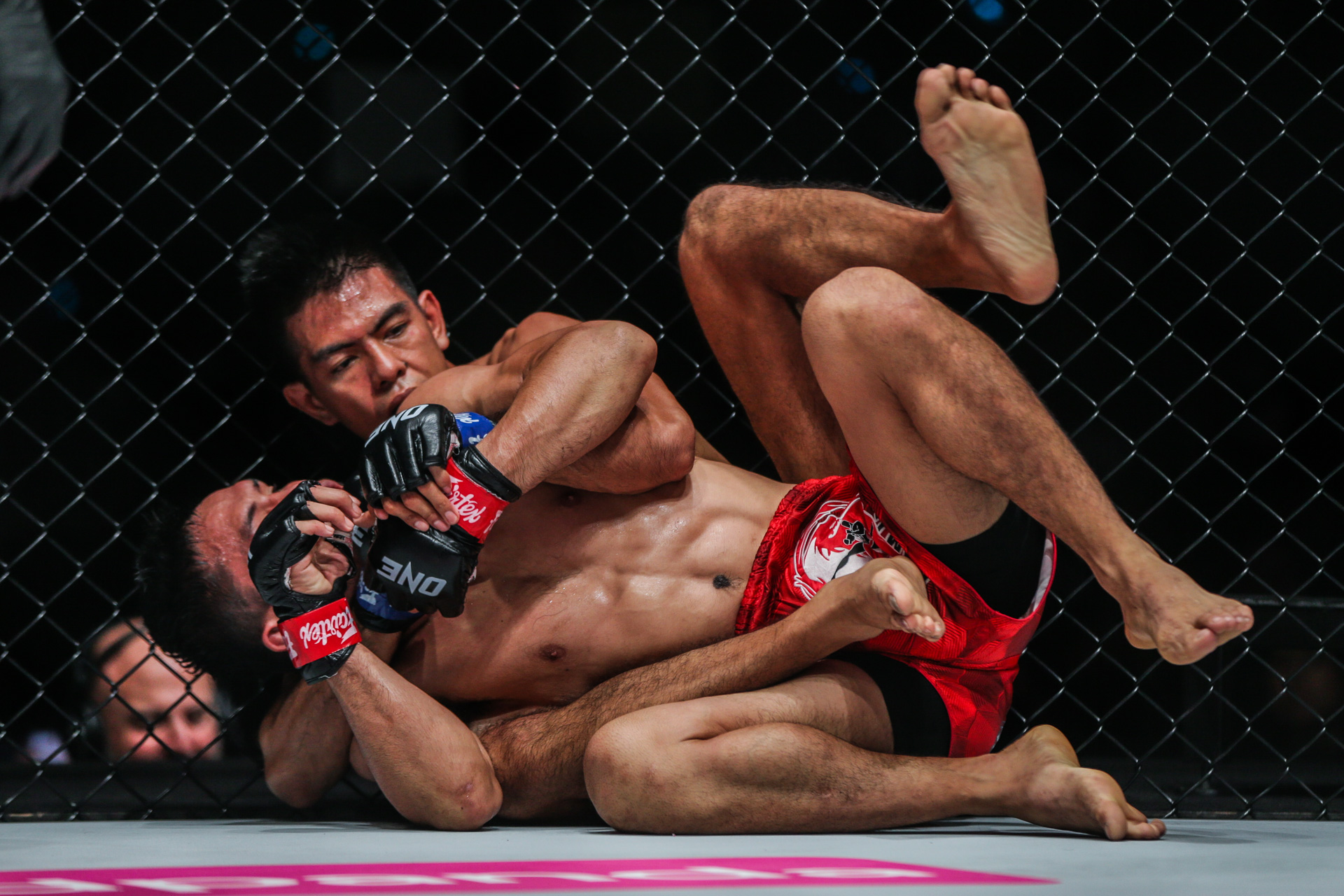 Adonis Sevilleno (2-3)—the last man standing on the recently-concluded ONE Warrior Series reality television series—fell short in his bid to make a grand entrance to the promotion’s main roster by bowing to former URCC bantamweight champion Drex Zamboanga (14-5) in the opening fight of the ONE 164 main card.

It was a neck-and-neck battle on the mat as Sevilleno leaned heavily on his expertise in the grappling department, where Zamboanga had to endure a series of takedowns and a rear-naked choke in the first round.

With Sevilleno having no plans to have fiery exchanges on the feet, Zamboanga took the risk to test his opponent’s wrestling chops in the second round. Luckily for “The T-Rex”, it paid dividends as he found a way to get the upper hand on the ground.

With both men trying to outwrestle each other for the majority of the final round, Zamboanga pulled away down the stretch by getting side control and then pacifying Sevilleno with an eye-catching strike.

Zamboanga’s gutsy effort was acknowledged by the three judges at cageside, awarding him with a close unanimous decision.

“I want to thank God for the opportunity given to us. I want to also thank my teammates. I’m very proud to represent the Philippines,” Zamboanga said after the fight.