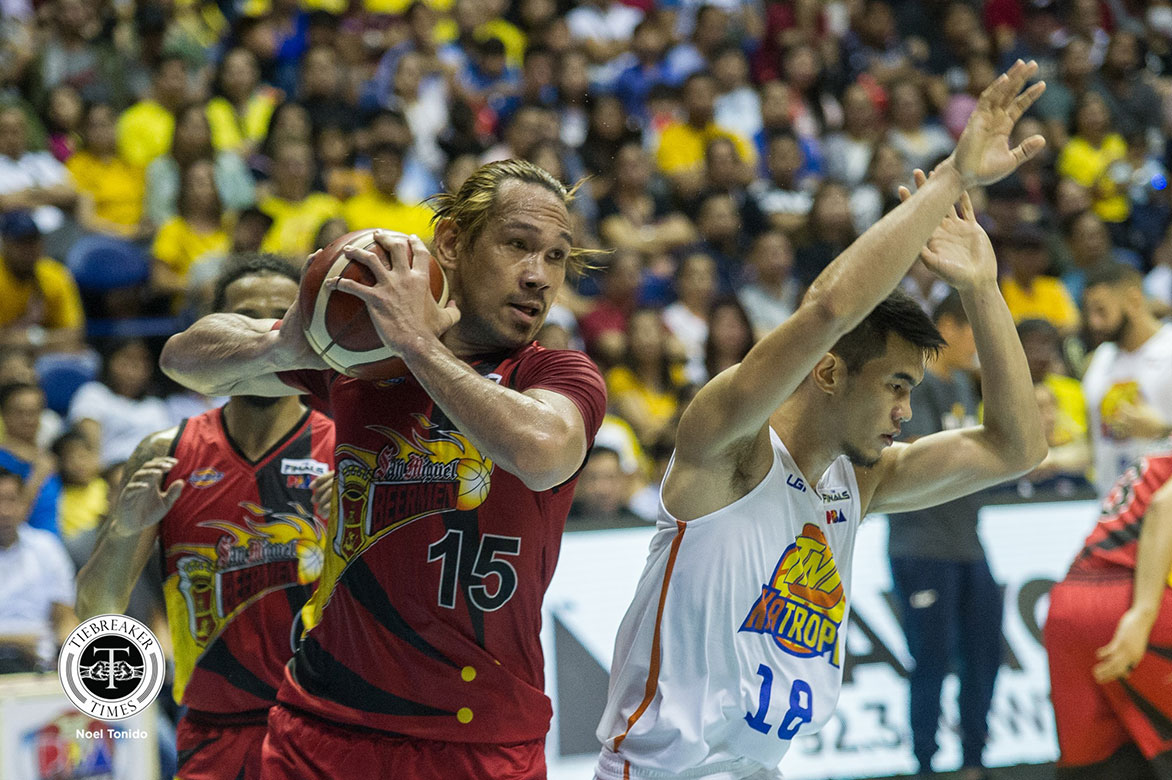 Unlike the series’ first three games where he found it hard to get to his usual spots near the rim and rake points – no thanks to the TNT KaTropa’s defense – the 6-foot-10 slotman adjusted better this time around.

Fajardo then spearheaded his San Miguel Beermen’s 20-4 scoring blitz – including 10 straight points – to flip a slim one-point deficit to a wide 84-69 advantage around 15 seconds into the final period.

Then when their rivals knocked to within just two, 96-98, with 40.3 seconds left in the game, Chris McCullough found Fajardo underneath the rim. Fajardo did not waste the import’s dish, as he sank the bucket to make it a 100-96 advantage.

Leo Austria was, of course, glad that San Miguel were able to avoid dropping to a deep 1-3 hole in the title clash. And he’s glad as well that Fajardo was able to play his game confidently, much to the benefit of the Beermen.

“June Mar was able to play comfortably inside, and that’s what we need from him,” the decorated mentor said.

“When we won the five-peat or the seventh championship, he’s the priority in the shaded area for the perimeter shooter to be open and can create on their shot. And that’s what happened.”

But despite his impact, the league’s reigning five-time MVP still deflected the credit to the rest of the Beermen.