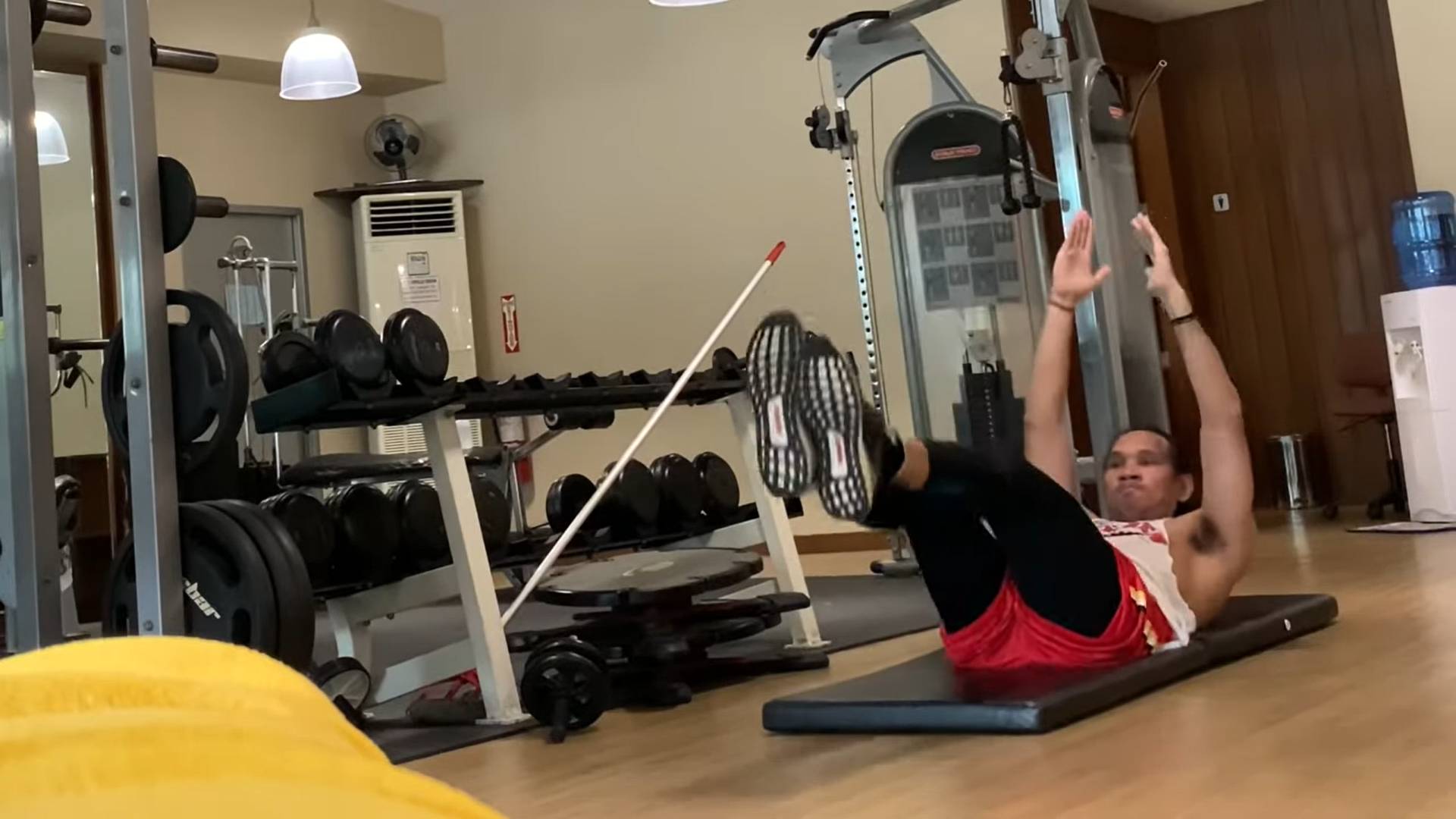 Weeks after setting foot on a basketball court for the first time, June Mar Fajardo is now back in the gym as he continues to tread the road to recovery.

On Monday, the PBA’s reigning six-time Most Valuable Player uploaded a video of himself working out on his YouTube channel AHOS Gaming.

“Nakabalik din sa gym! Sarap ng sore sa katawan after workout,” he wrote in the caption of the video that runs over 20 minutes long.

The Cebuano star showed this new development of his progress three weeks after posting a video of him putting shots up at the Acropolis Gym.

That was his first time to step on the court since suffering a gruesome leg injury during team practice last February.

Fajardo has been working on himself while the rest of the Beermen are at the bubble looking to defend their throne as the Philippine Cup kings.

It has been quite challenging for SMB inside the bubble, though. It recently also lost Terrence Romeo due to a dislocated shoulder.

But being that the champions that they are, the Beermen have figured things out and have now won back-to-back games.

Fajardo, meanwhile, has always expressed support for his brothers. In fact, he even attended their game versus Terrafirma last Monday as a virtual fan.

And that clearly inspired the Beermen. They went on to beat the Dyip, and that momentum carried over to the next game that allowed them to beat Alaska.

San Miguel is currently 3-2 in the tilt.