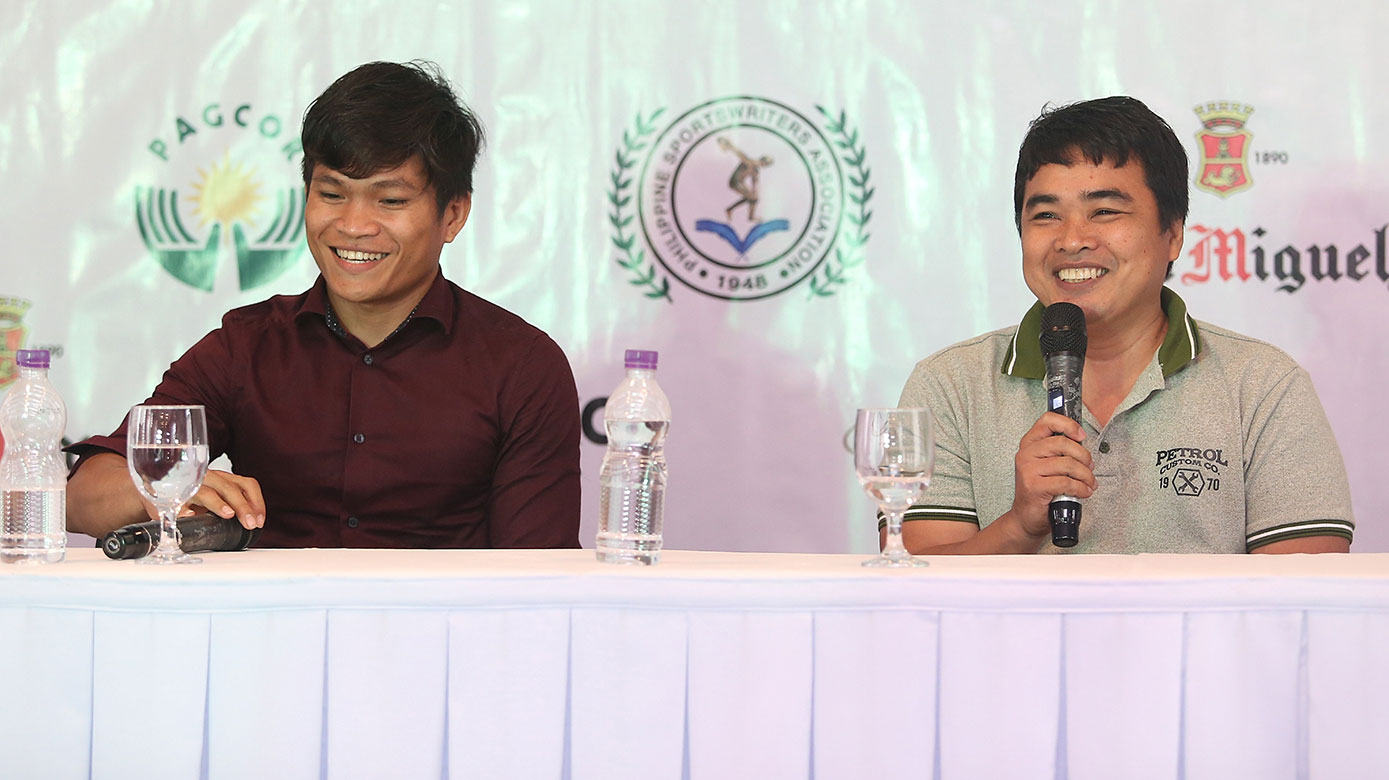 Filipino boxing world champion Jerwin Ancajas, who once dreamed of winning a title even at a regional level, is now aiming to become the undisputed world champion at 115 pounds.

Ancajas, 27, is the reigning IBF Super-flyweight champion and has defended the crown seven times since winning it in 2016. His next fight will come either late September or early October.

“When I was starting out, I dreamed of winning a regional belt. Now that I’m a world champion. I hope I can unify the belts if I’m blessed,” said Ancajas in Filipino during Tuesday’s Philippine Sportswriters Association (PSA) Forum at Amelie Hotel-Manila.

His trainer, Joven Jimenez, said details of his next fight should be known in a week or two.

“We have a timetable. Top Rank is negotiating a fight with WBC champion Juan Francisco Estrada. But we’re looking at three names, including Andrew Maloney (Australia, 20-0) and Alexandru Marin (Romania, 18-0),” said Jimenez.

Of three, both boxer and trainer agreed that Estrada is the most significant fight for the Filipino champion, who is 31-1-2 with 21 knockouts.

“That’s the fight that we want,” said Jimenez in the forum presented by San Miguel Corp., Braska Restaurant, Amelie Hotel, and Pagcor.

The other world titles at 115 pounds are being held by Kazuto Ioka of Japan (WBO) and Khalid Yahai of the United Kingdom (WBA).

“If we can get the Estrada fight that will be exciting,” said Ancajas, who defended his title for the seventh time last May with a seventh-round stoppage of Ryuichi Funai of Japan in Stockton, California.

Ancajas said he has what it takes to beat Estrada, the 29-year-old Mexican (39-3 with 26 knockouts) who outclassed Thai pound-for-pound champion Srisaket Sor Rungvisai last April.

“We believe that there’s a way to beat Estrada. We can beat him,” said Ancajas, who has kept himself busy doing light training ahead of his next fight, which is set in the United States.