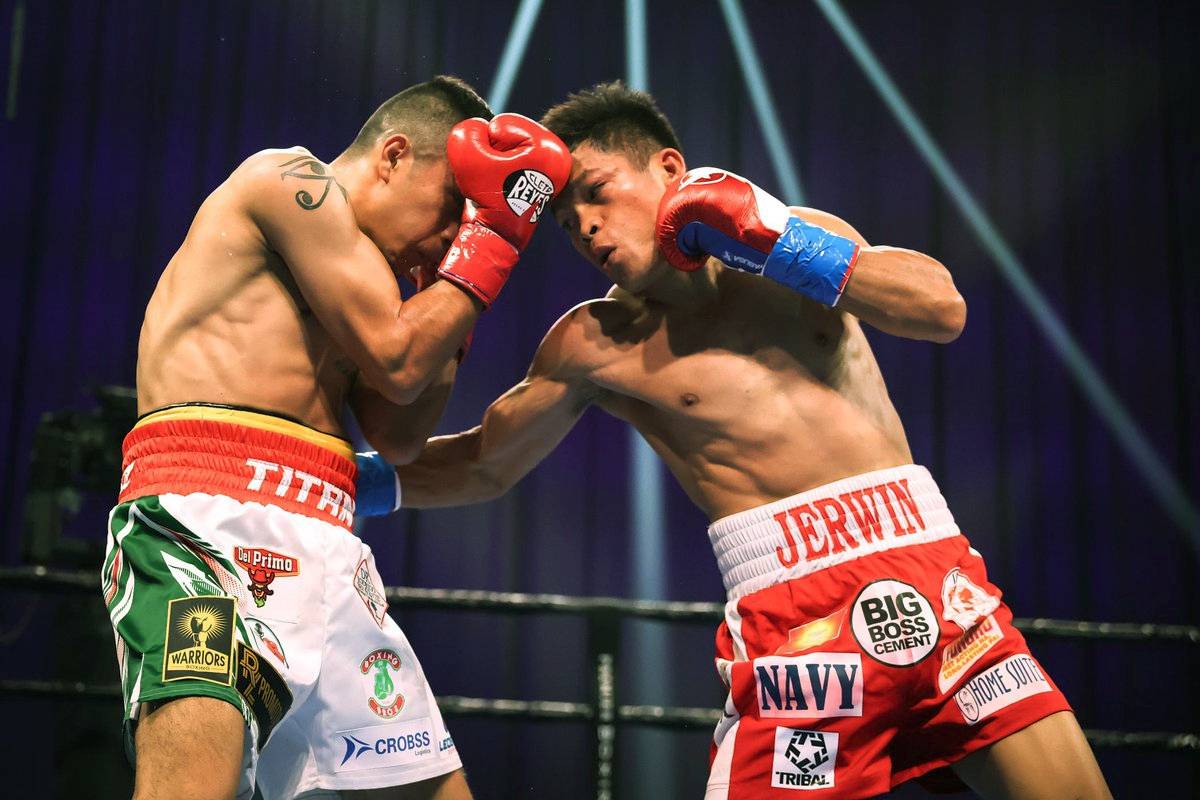 Jerwin Ancajas’ first fight since December of 2019 was a war of attrition.

This as Ancajas needed to survive a drag-out affair against Mexico’s Jonathan Javier Rodriguez, taking a unanimous decision win, 115-112, 116-111, and 117-110, to retain the IBF World Super Flyweight Championship, Sunday morning (Manila time) at the Mohegan Sun Arena in Uncasville, Connecticut.

“For me, this is the toughest defense,” said the 29-year-old Cavite native.

Ancajas clearly was on another level against Rodriguez during the first rounds of the 12 round fight.

The Filipino’s early dominance was capped by an eighth round-knockdown of Rodriguez. Despite being battered, Rodriguez still soldiered on.

“I’m also shocked that he got knocked down, because Rodriguez is tough,” said Ancajas.

It even fired up Rodriguez who was not just able to finish the 36-minute bout but also give Ancajas a run for his money.

In the end, though, Ancajas early success gave him the judges nod and his ninth successful title defense. He also rose his record to 33-1-2 with 22KOs while dropping Rodriguez to 22-2.

Ancajas said he hoped the fight would lead to showdowns with the biggest stars in the division, Juan Francisco Estrada, Roman Gonzalez, and Srisaket Sor Rungvisai. And by the looks of it, he might get it.