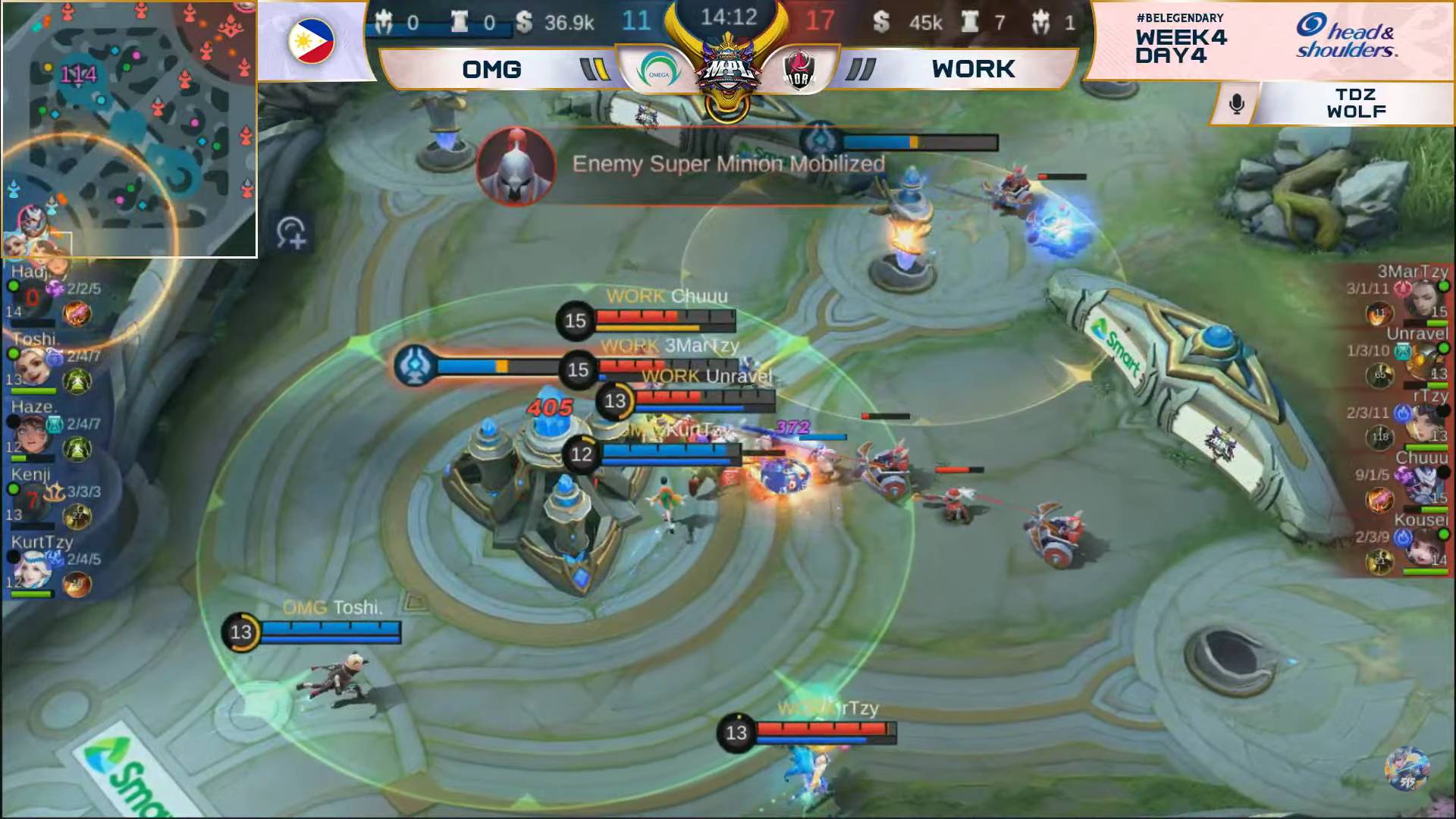 Riding the back of Daniel “Chuuu” Chu’s Hayabusa, Work Auster Force looked like they were about to send the series to a deciding Game Three.

The rookies completed a five-man wipe at the 13:41 mark and then proceeded to the bottom lane to end the match.

Work tried to end the game even without the presence of their minions. But that did not work in their favor as Omega Esports took out four of their five members to end the match. 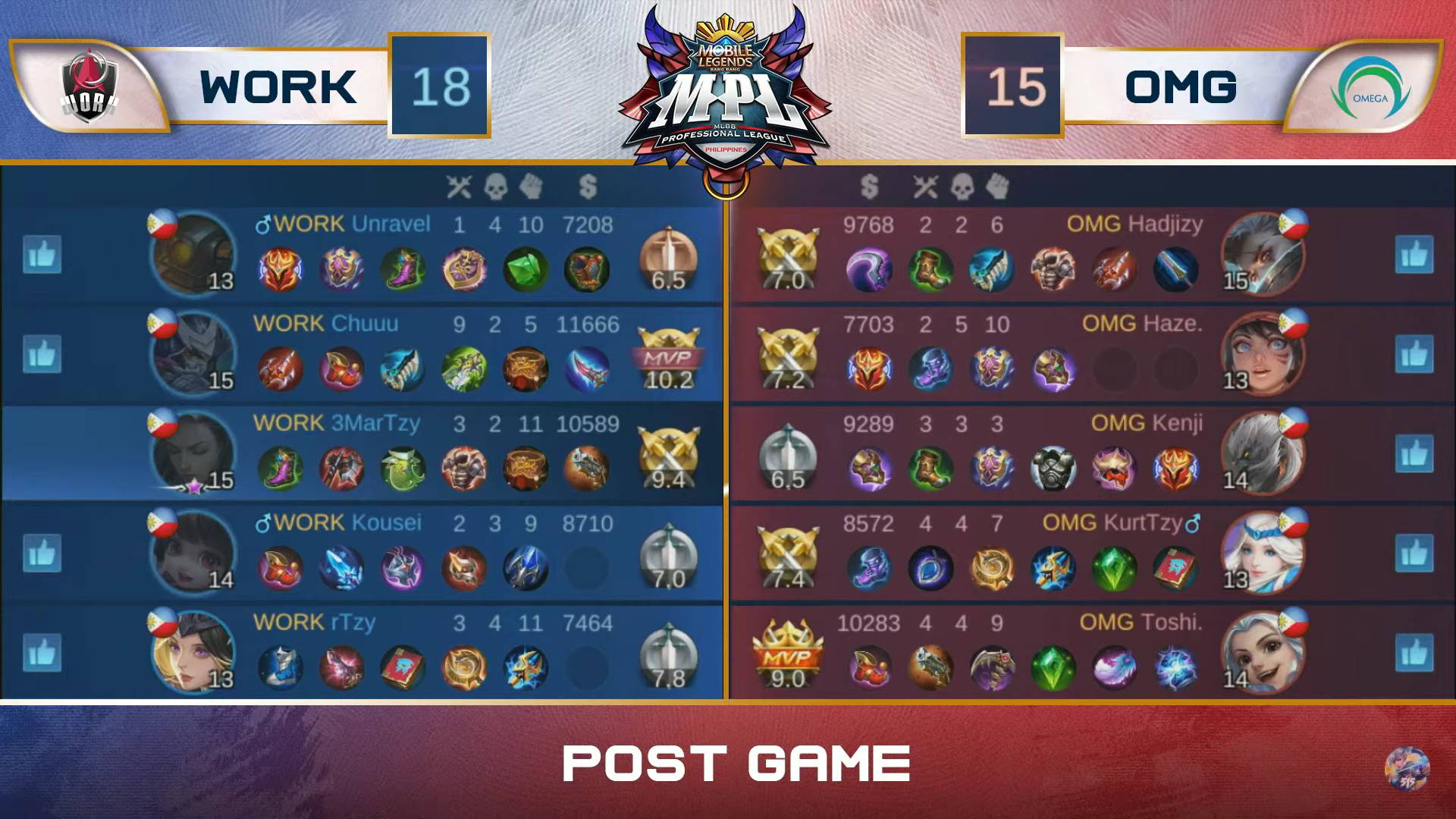 Despite taking the early game, Work failed to grasp its lead completely as Omega took the map in the mid-game. The neophytes fought back late, but the much-experienced Omega squad prevailed later on.

Haze (Popol and Kupa) won the Smart MVP award. He finished with a game-high 14 assists with two kills and three deaths. 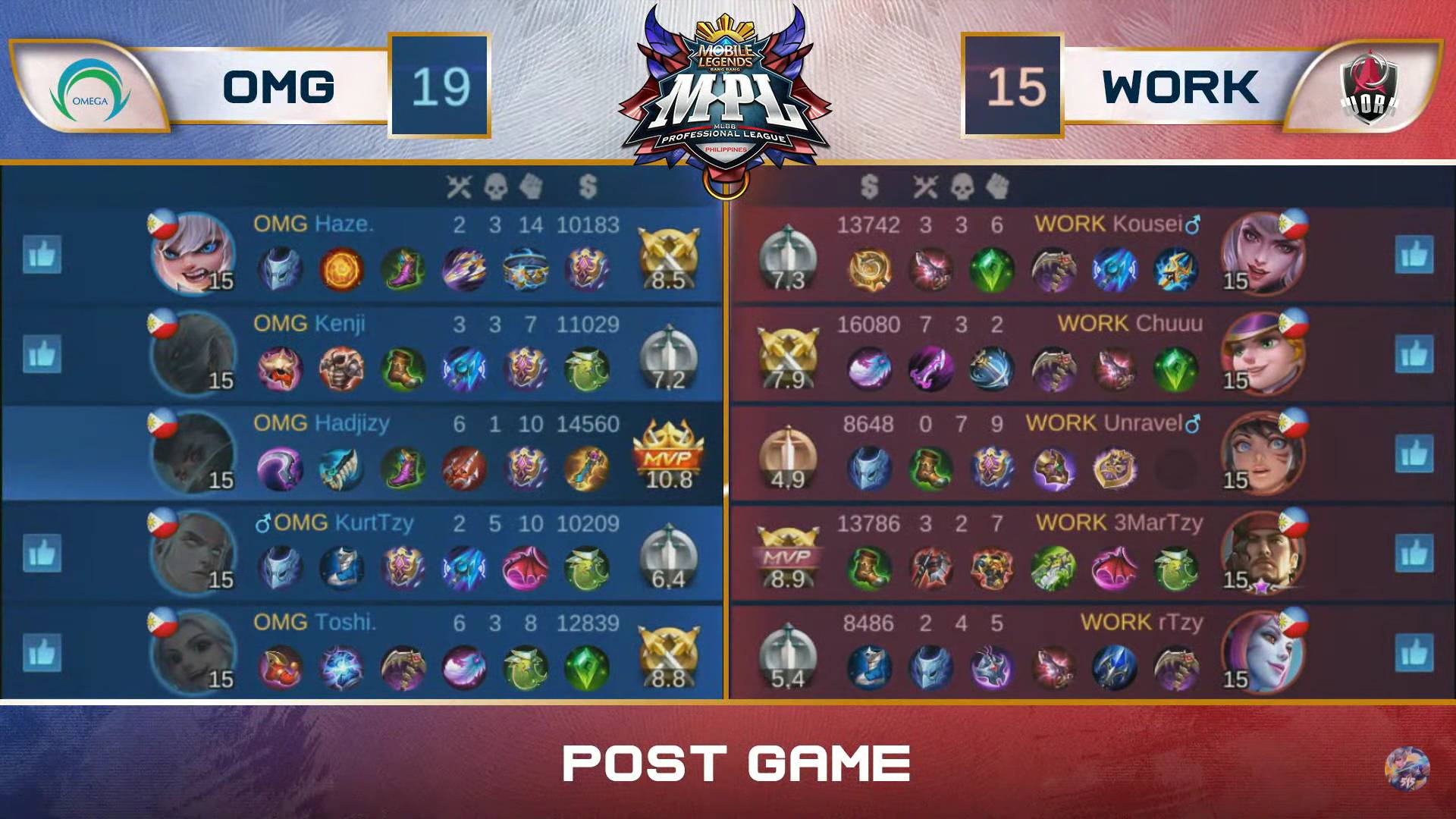 The Smart-backed squad solidified its hold of the second spot in Group B with 14 points through a 4-4 record. On the other hand, Work will remain at the number one spot in Group A with 16 points and a 5-4 card.

Omega Esports will next face Nexplay Esports on Saturday at 7:30 pm while Work will square off against Execration on Sunday at 6:00 pm.