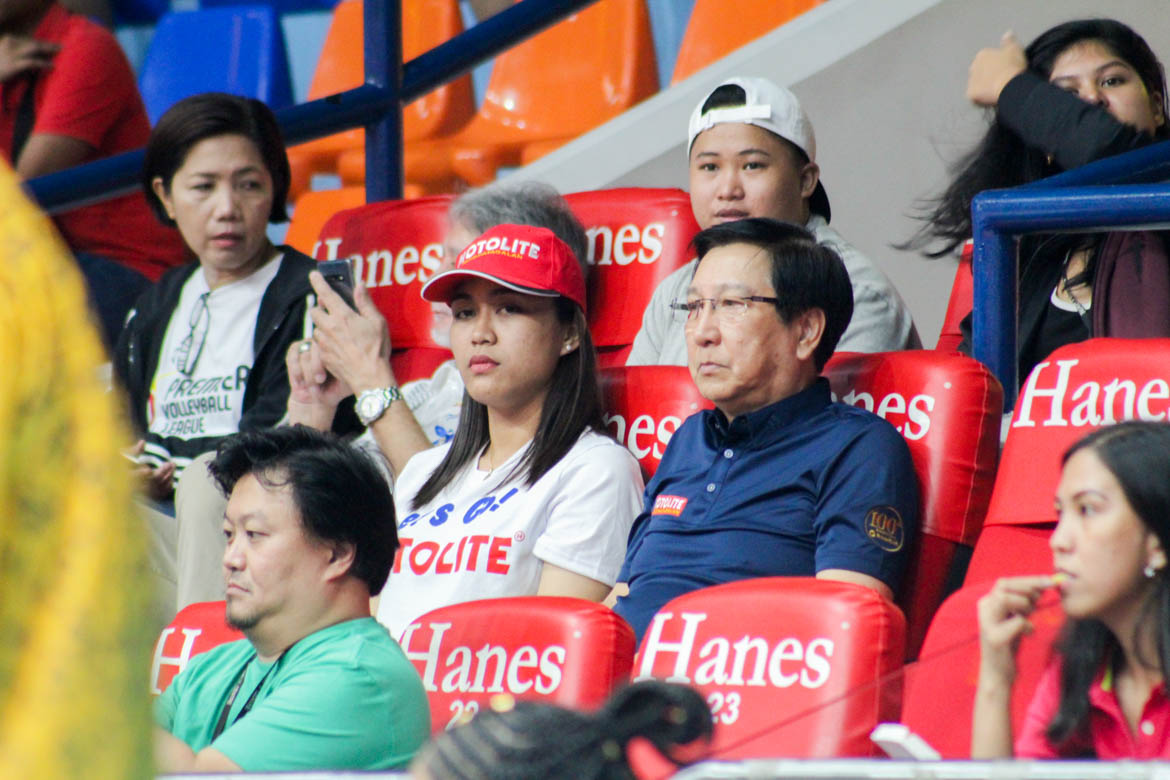 Even before the 2019 PVL Open Conference comes to a close, Grazielle Bombita has already committed to playing for Motolite.

The now-erstwhile Water Defender confessed that she has started training with her new team last Monday. She was even seen coming out of Motolite’s dugout last Wednesday, and was spotted wearing the team’s cap and shirt while watching in the stands during the series opener of the PVL Open Conference semifinals on Saturday.

Sports Vision president Ricky Palou made it clear that Bombita cannot suit up for Motolite this conference, though, as her former team Bali Pure has yet to release her.

For Bombita’s part, she admitted that she failed to inform Bali Pure immediately following her  decision to side with Motolite, which she genuinely believes as her mistake.

Bombita played a huge role for the Water Defenders during her stint with the team. She provided the veteran presence for a youth-laden core that made a significant improvement from their winless campaign in the Reinforced conference. This time, there was the welcome development of four wins against a dozen of losses in the all-local tourney.

But while she has turned a new leaf in her career, Bombita feels very grateful for Bali Pure.

At the end of the day, however, Bombita had to make a decision that would benefit her loved ones.