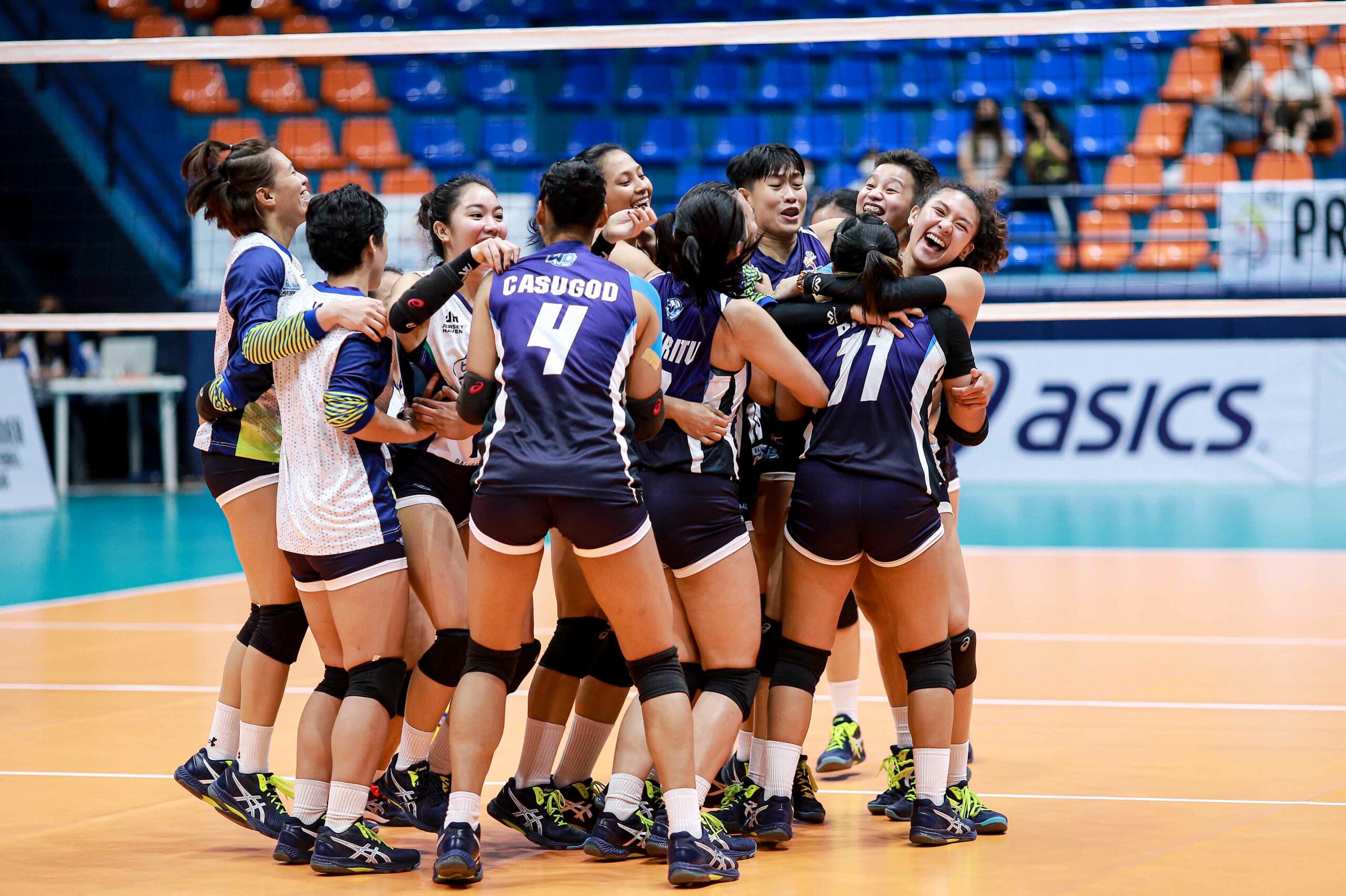 Despite the win, the Water Defenders still placed ninth with two points.

Still, it was a feel-good moment for the young Purest Water Defenders, who sent the Crossovers down to eighth place with just three points.

“Siyempre disappointed din in a way kasi sabi mo nga, it’s not the season that we actually hoped for but we ended the conference strong naman,” said Water Defenders head coach John Abella.

BaliPure led by as much as five points in the final frame before Gen Casugod scored an ace to put the Water Defenders at match point. Alina Bicar ended the game with a drop.

Bern Flora spearheaded BaliPure’s only win of the season with 14 points, 24 excellent digs, and 15 excellent receptions while Marian Buitre added 13 points on 10 attacks, two blocks, and an ace along with 15 excellent digs.

Janine Marciano, who missed the final set due to an apparent ankle injury, still had 11 points while Norielle Ipac added 10.

Bicar dished out 25 excellent sets to go along with six points while Alyssa Eroa had 10 excellent receptions.

On the other hand, Mylene Paat’s 26-point outburst went down the drain. Dindin Santiago-Manabat added 20 markers and 13 excellent digs.

Army-Black Mamba claimed seventh place with four points in the classification stage. The Lady Troopers defeated the Purest Water Defenders in three sets while losing to the Crossovers in five.