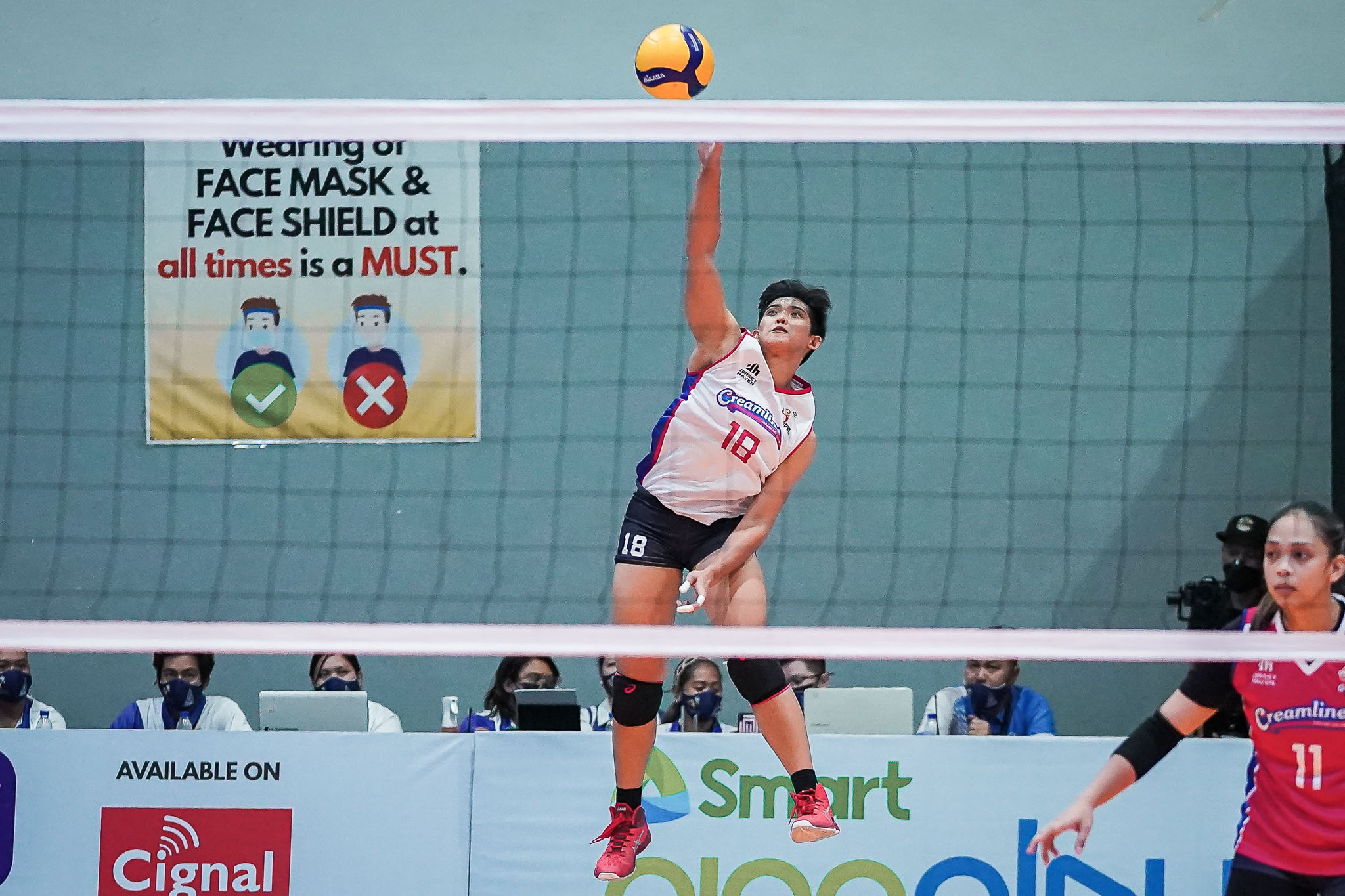 Creamline breezed past BaliPure, 25-12, 25-21, 25-16, to secure one of the two twice-to-beat berths in Pool B of the 2022 Premier Volleyball League Open Conference, Monday night at the Paco Arena and Sports Center.

Creamline pulled away after the second technical timeout of the third set, leading by as much as eight points, 17-9.

BaliPure got close to within five, but Rizza Mandapat scored three consecutive points to restore an eight-point, 23-15 cushion. Fille Cayetano ended the game after piercing through two defenders.

Through Creamline’s win, Petro Gazz has clinched the other twice-to-beat incentive in Pool B. The Cool Smashers and the Angels are currently tied at the top spot with 2-0 cards.

The Water Defenders, on the other hand, dropped to 0-2.

No player from BaliPure hit double digits in scoring with Patty Orendain leading the squad with six. Rapril Aguilar, Janine Marciano, and Marian Buitre each had six points for the Water Defenders.

Next up for Creamline is Petro Gazz on Wednesday at 6:00 PM while BaliPure looks to claim its first win against fellow winless team PLDT earlier that day at 3:00 PM.