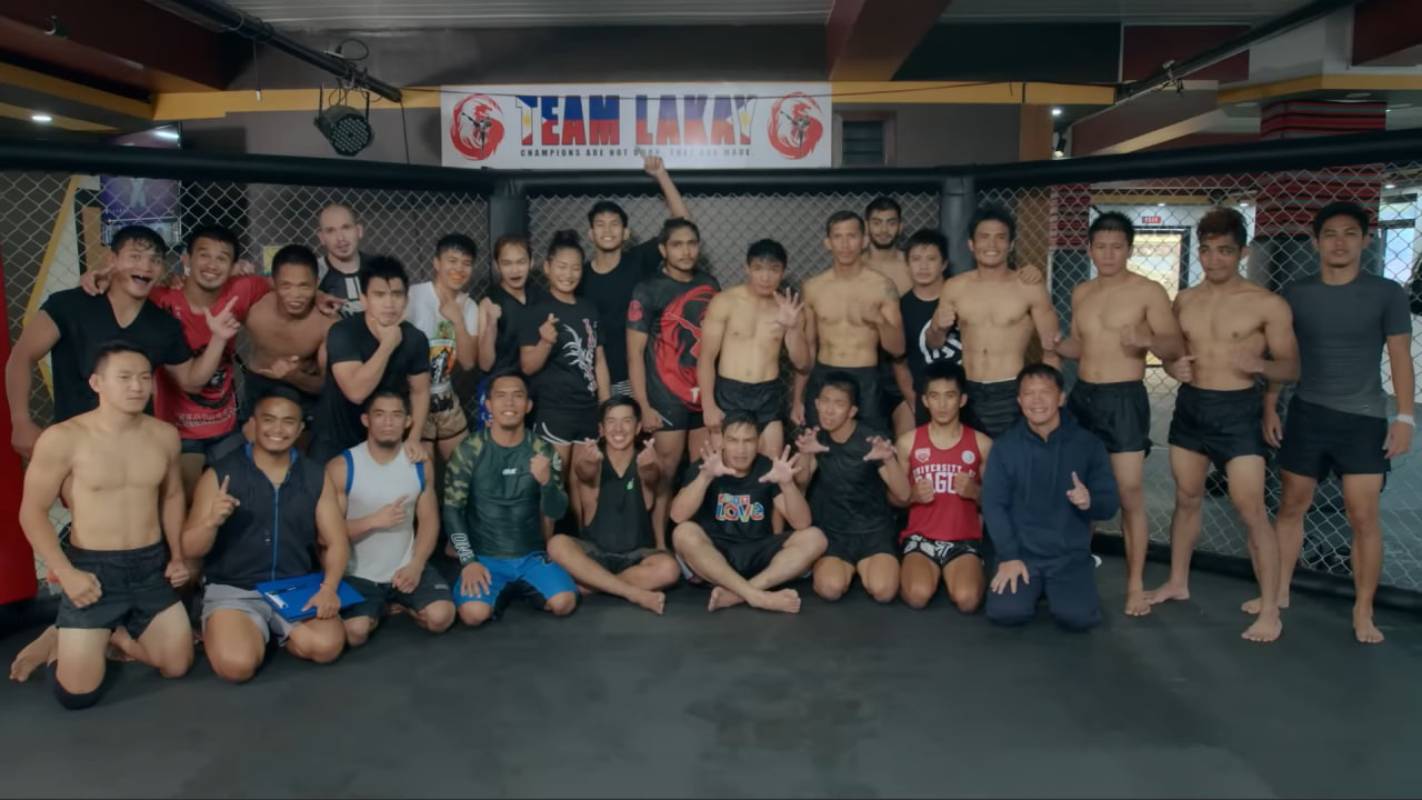 Far from the hustle and bustle of Metro Manila, a concrete jungle where dreams were supposed to be made for any regular Filipino, Team Lakay managed to defy the odds and break boundaries from its home base of La Trinidad, Benguet.

Despite being nestled at an elevation of 5,050 feet above sea level within the Cordillera Central mountain range of Northern Luzon, the legendary mixed martial arts (MMA) stable has produced seven world champions in the sport, as well as a collection of perennial contenders and blue-chip prospects.

Now, Mark Sangiao and his band of battle-hardened wards will take a journeyman under their wing in the hopes of imbibing the work ethic and demeanor that have provided them with fortune, fame and fulfillment throughout the years.

Adonis Sevilleno, who was born and raised in Bantayan Island, Cebu, punched his ticket to joining the premier fight camp through the ONE Warrior Series Philippines reality television series that aired every Sunday from September 18 to November 27.

The 29-year-old fighter outlasted 15 other contestants on the show to earn a $100,000-worth contract with ONE Championship and a spot on Team Lakay’s talent-laden roster.

Sevilleno went up against the who’s who of the local MMA industry outside Team Lakay, figuring in a cycle of rigorous training programs designed by Sangiao himself, intense sparring sessions, and physically-taxing challenges.

“What we went through, all 16 of us, was not easy. We were tested to our limits physically, mentally and emotionally. It made us question ourselves how bad we wanted to win,” he told Tiebreaker Times about the experience.

However, going through the eye of the needle wasn’t completely new to Sevilleno, who received no favors when he turned pro in 2016 following a promising three-year run in the amateur ranks.

Sevilleno had undergone Russian roulette at the professional level as he alternated between victories and defeats in four matches.

When he stood shoulder-to-shoulder with a stellar cast comprised of notable names such as Ernesto Montilla Jr., Ariel Lampacan, Joevincent So, Ariel “Joker” Oliveros, Norman Agcopra, and Raymund “Arjay” Ortega on the show, Sevilleno was just another face in the crowd.

“I was definitely one of the least likely contestants to win, but looking back, I think my warrior’s heart was what ultimately made the difference,” he said.

That never-say-die spirit proved to be the difference-maker as he won challenge after challenge and left a lasting impression every time he was in the “Circle Elimination.”

“I competed with the best that the Philippines had to offer, and that didn’t stop me from giving it my all. They may have more advanced skills than I have, but they lack the heart I have,” Sevilleno stated.

His unwavering determination apparently was the one that sealed the deal with Sangiao and the rest of Team Lakay in the finale, welcoming him as the newest member of the group and enshrining him with the moniker “The Lion.”

“I’m thankful for ONE Warrior Series because they led me here,” Sevilleno mentioned. “My family might be far from where I am right now, but I am blessed to call this team my family and this place my home.”

Getting the opportunity to align himself with Sangiao has been a long time coming for Sevilleno, who personally approached Sangiao back in 2018 for consideration.

#ReadMore  Banario looks to close out spectacular year with a bang

Though Sangiao politely turned him down at the time, Sevilleno conspired with destiny in a figurative sense.

“It’s a dream of mine to be here. Honestly, I still can’t believe that I’m part of the team, learning from Coach Mark and training with some of the best fighters in the world daily. It’s surreal,” he expressed.

“Here, I’m not just treated as a fighter; I’m treated like part of the family. They share the same care for my athletic development as they do for my personal growth, which is beneficial for me.” 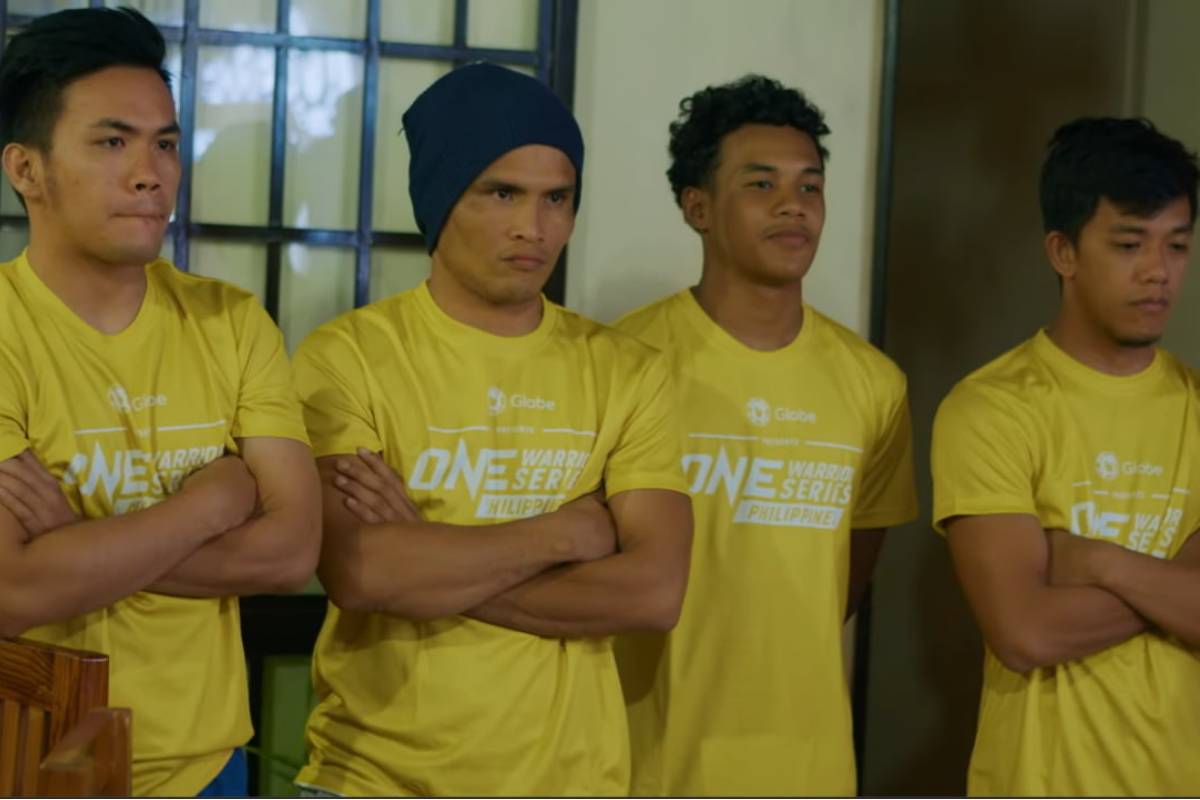 Sevilleno would not have the luxury to sit back and relax as he is scheduled for a promotional debut at the much-awaited ONE 164, which takes place at the 20,000-seater SM Mall of Asia Arena in Pasay City, Metro Manila on Saturday, December 3.

Zamboanga, who holds a win-loss slate of 11-3 with six victories by knockout and four via submission, has aced his last two assignments under the ONE Championship banner with flying colors.

“T-Rex” made his maiden appearance for the Singapore-based combat sports outfit in August 2020, forcing Detchadin Srosirisuphathin to tap with a wrenching rear-naked choke in the second round of their flyweight clash.

In his second outing last February, Zamboanga moved up to lightweight and pulled off the impossible by knocking out Rahul Raju in the very first round.

Against Sevilleno, Zamboanga returns to the bantamweight division where he plied his trade for the most part of his prizefighting career.

Despite facing another high-profile figure from the well-entrenched Philippine MMA scene, Sevilleno is determined to rise to the occasion once more.

“I’m excited to showcase what I’ve been working on for the past few months with Team Lakay. It’s a chance for me to prove that the team has made the right decision to have me here and I deserve where I am at right now,” he declared.

“It won’t be easy, I’m sure. But I have faith that because they are by my side, I will succeed in this sport and get past all the obstacles I shall face.”

In this article:Adonis Sevilleno, ONE 164, ONE Warrior Series Philippines, Team Lakay