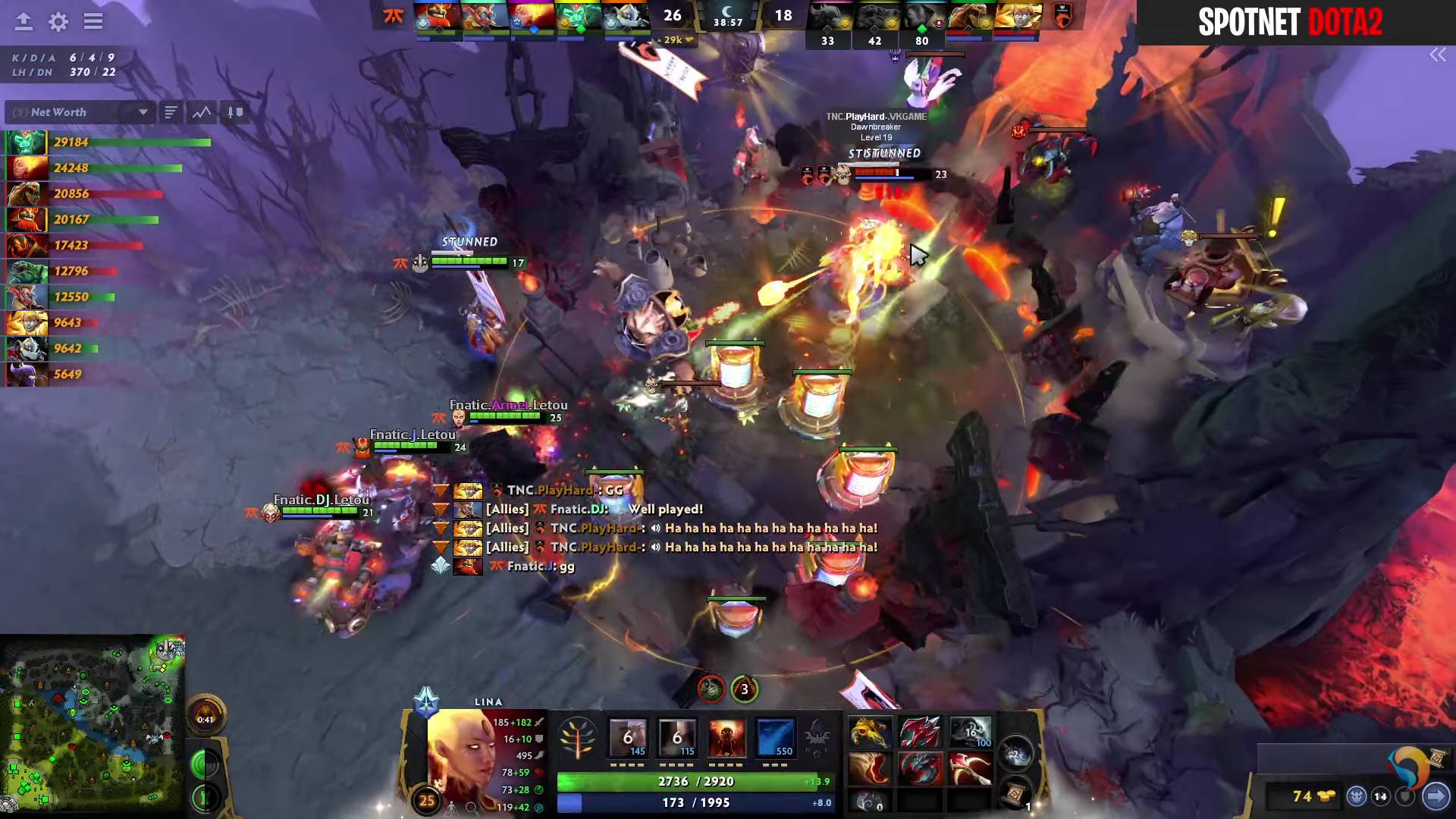 Coming off a sweep at the hands of Motivate.Trust Gaming, Fnatic dispatched the young TNC squad via a 2-0 result. Meanwhile, Execration entered the win column via a 2-1 thriller over the winless OB.Neon.

Polo “Raven” Fausto’s Wraith King starred in the 26-18 Game One win for Fnatic. He ended up with eight kills and nine assists against just one death in 38 minutes and 59 seconds of action.

Over at TNC’s side, Yuri “Yowe” Pacana (Ember Spirit) brought the fight to Fnatic seven kills and nine assists against one death but it was not enough to completely turn things around for his squad.

Meanwhile, Djardel “Dj” Mampusti’s finger prints were all over the 22-8 win in Game Two as he finished with a game-high 17 assists along with three kills and a death on Snapfire.

On the other hand, OB.Neon had the upper hand against Execration after winning a tight Game One on the back off Jinn “Palos” Lamatao’s Templar Assassin.

That lead, however, turned to dust as Execration bounced back to take the next two games for the 2-1 reverse sweep.

Down the lower division, Polaris Esports took the early lead with a 2-0 standing after sweeping 496 last Monday.

InterActive Philippines, meanwhile, dropped to the seventh spot after suffering its second-straight loss at the hands of Ragdolls via a 0-2 result.