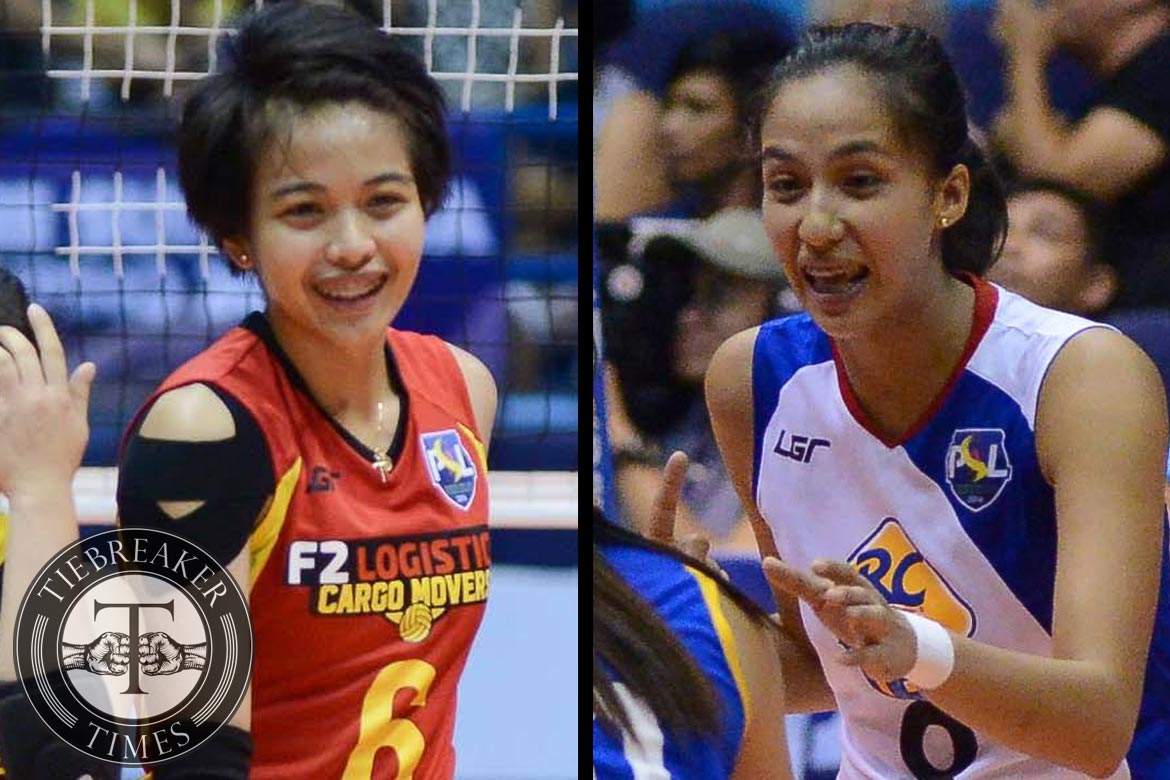 After crushing all challengers, undefeated teams F2 Logistics and RC Cola-Army finally meet for the top spot to end the first round of the Philippine Superliga All-Filipino Conference at the FilOil Flying V Centre.

Fashioning identical 6-0 win-loss marks, both the Lady Troopers and the Cargo Movers are expected to go all out to cap their first round campaign on a sizzling note in the 6:30 pm main duel.

Although the Final Four picture is already complete with RC Cola-Army, F2 Logistics, Petron and Foton safely in, the outcome of the clash between the Lady Troopers and Cargo Movers will determine who will claim the top spot entering the second round.

After another single round robin, they will be ranked anew to determine the semifinal pairings with the survivors punching a ticket to the best-of-three finals showdown.

On the other hand, the bottom four in Standard Insurance-Navy, Generika, Cignal and Amy’s will also have a single-round robin in the loser’s bracket to determine who will take the 5th to 8th places.

RC Cola-Army coach Kungfu Reyes admitted that the younger, more aggressive Cargo Movers have what it takes to go all the way to win the crown.

He, however, is planning to use their experience to their advantage, something which worked when they dominated the junior national team of Thailand last April to win the Invitational Conference crown last April.

“They are better than us skills-wise,” said Reyes, noting that the experience of Jovelyn Gonzaga, Rachel Anne Daquis, Honey Royse Tubino and playmaker Tina Salak is their most valuable asset against a young team like the Cargo Movers.

“We will turn their strength into their weakness. We will use our experience to our advantage and force them out of their comfort zone. We already did it before (against Est Cola of Thailand), I’m sure we can do it again against F2 (Logistics).”

But they have to be very careful against the Lady Troopers, who are looking to claim the crown they used to own before taking a three-conference leave of absence last year.

“We know how fluid Army is,” said de Jesus, who guided the core the Cargo Movers to the UAAP crown while bannering the colors of La Salle.

“I think we are the underdogs here because our experience is no match against them. But we will prepare and work hard to pull off an upset.”

De Jesus said he will again bank on veterans Aby Marano and Cha Cruz together with young guns Ara Galang, Mika Reyes, and Kim Fajardo, who was named one of the only seven local players who will see action in the prestigious FIVB Women’s Club World Championship in Manila this October.

The process that San Beda trusts