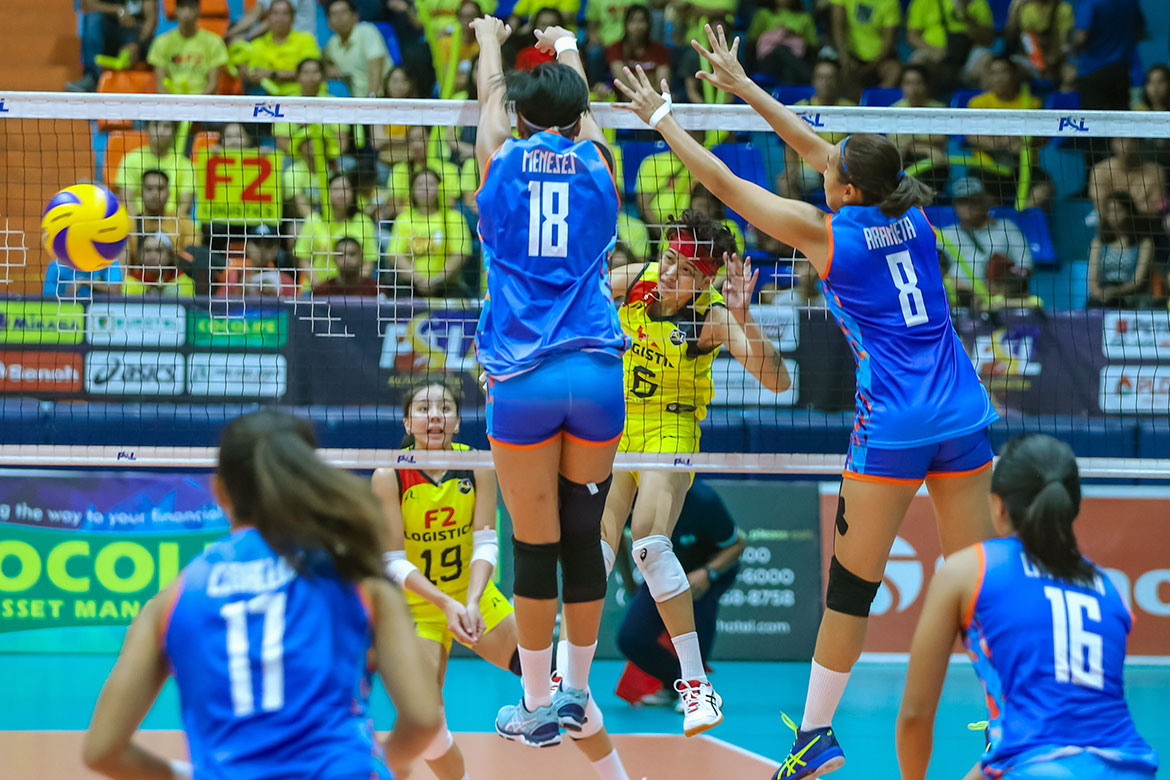 After a runners-up finish in last year’s PSL All Filipino Conference, Ara Galang and F2 Logistics made sure to open the competition in rousing fashion.

Even without newly-acquired recruit Kalei Mau, the Cargo Movers swept the Generika-Ayala Lifesavers, 25-12, 25-21, 25-17, in the 2019 PSL All Filipino Conference, Saturday afternoon at the FilOil Flying V Centre in San Juan City.

The Cargo Movers came out firing in all cylinders, racing to an 8-2 cushion before leading by as much as 13 points to take the opening set.

The Lifesavers, however, picked up the pace in the ensuing set, going toe-to-toe with F2 Logistics. A string of costly Generika-Ayala errors and a bevy of late hits from the Cargo Movers then spelled doom for the former, as F2 took a 2-1 set lead.

In the third set, behind the collective efforts of Aby Maraño, Ara Galang, Majoy Baron, Des Cheng, and Kim Dy, the Cargo Movers broke the game wide open, jumping to a 23-17 spread.

Aduke Ogunsanya – who rode the bench in the first two sets – entered the game in the crucial juncture of the decisive set. She finished the game with two points via an off-the-block hit and an ace to formalize F2’s three-set triumph.

F2 Logistics head coach Ramil De Jesus attributed the win to his team’s chemistry, as the majority of his players were under his tutelage back in La Salle. Moreover, he believes that nerves got the best of Generika-Ayala this time around.

Dy, who made a successful return after a knee injury last conference, had seven points, three coming from rejections.

Fiola Ceballos was the lone Lifesaver in twin-digit territory with 10 points.

Mau, who decided to play for the Ramil De Jesus-mentored squad, did not suit up a while ago, but was in attendance to support her new team. She will most likely play next game.

F2 Logistics will take on the PLDT Home Fibr Hitters on June 18, Tuesday. Meanwhile, Generika-Ayala will face newcomer Marinerang Pilipina on the same day. Both matches will be played at the FilOil Arena.