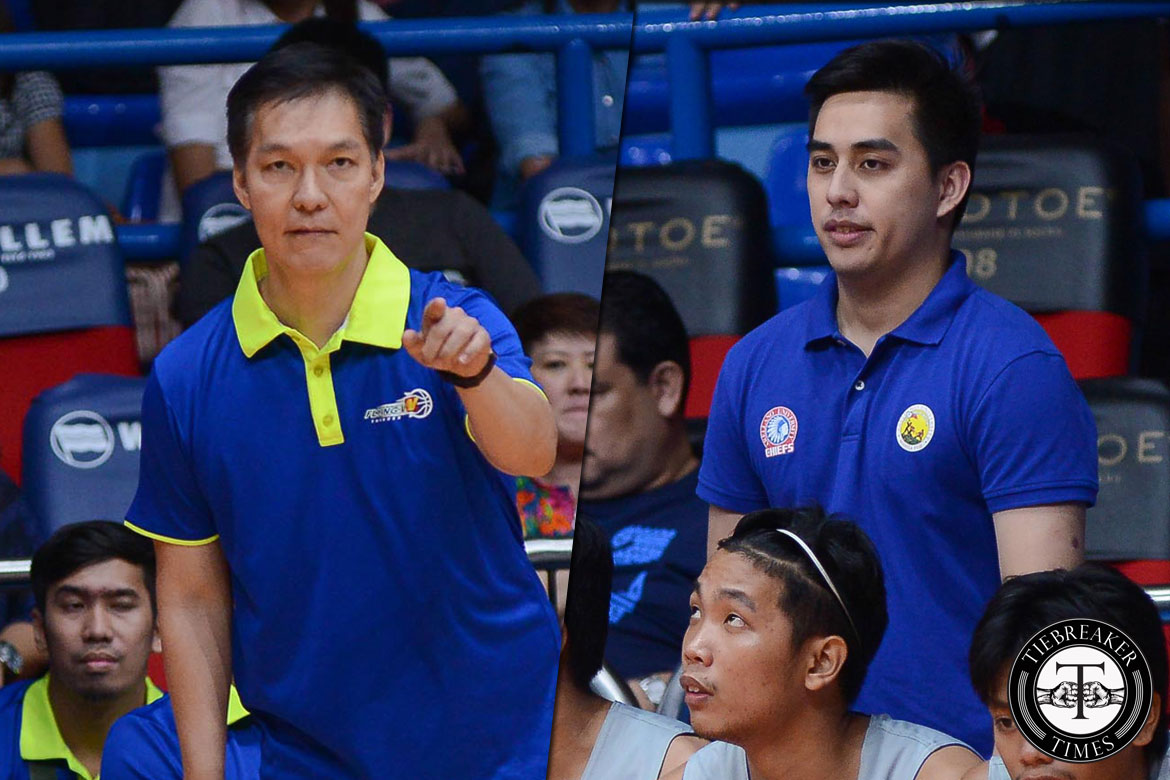 When coach Eric Altamirano and the Flying V Thunder took on the Arellano University Chiefs last Friday afternoon, it not only marked the first time the Thunder played together — it was also the first time the 50-year-old mentor was coaching his son, Arellano assistant coach Anton, in a game.

Anton had been part of coach Eric’s staff in National University. But after the Altamirano patriarch “resigned” from the squad last November, the 26-year-old decided to apply for a spot with Arellano, under coach Jerry Codinera.

“I encouraged him naman to find his own identity,” Coach E said after Flying V’s 75-all draw against the Chiefs.

But according to the multi-time champion mentor, he did not push his son to enter the same field as him, as the volatility of the industry is something that he did not want his son to experience.

“As a coach, I mean… I did not encourage him to go into coaching. I know the intricacies of coaching, it’s not a permanent thing,” shared coach Eric, who has been coaching since 1997.

“You’re only good as your last game.”

However, no one can deny Anton’s passion.

The former Blazer diligently studies the game by trying to sponge up all the knowledge he can absorb — from breaking down game tapes to watching Gilas practices from the sidelines and attending seminars. Moreover, he has inherited his father’s love of teaching young aspirants, as he is serving as mentor to the young 3×3 national teams.

“He really wanted to pursue coaching,” said the founder of the National Basketball Training Center.

And as a father, the only thing he can do is support his son’s dreams.

“That’s why I encouraged him to find his own identity as a coach,” Altamirano admitted.

This will not be the only time that the father and son will face-off, however, as Anton is also serving as assistant coach to the Racal Tile Masters in the D-League.

Fajardo’s absence not a concern for San Miguel