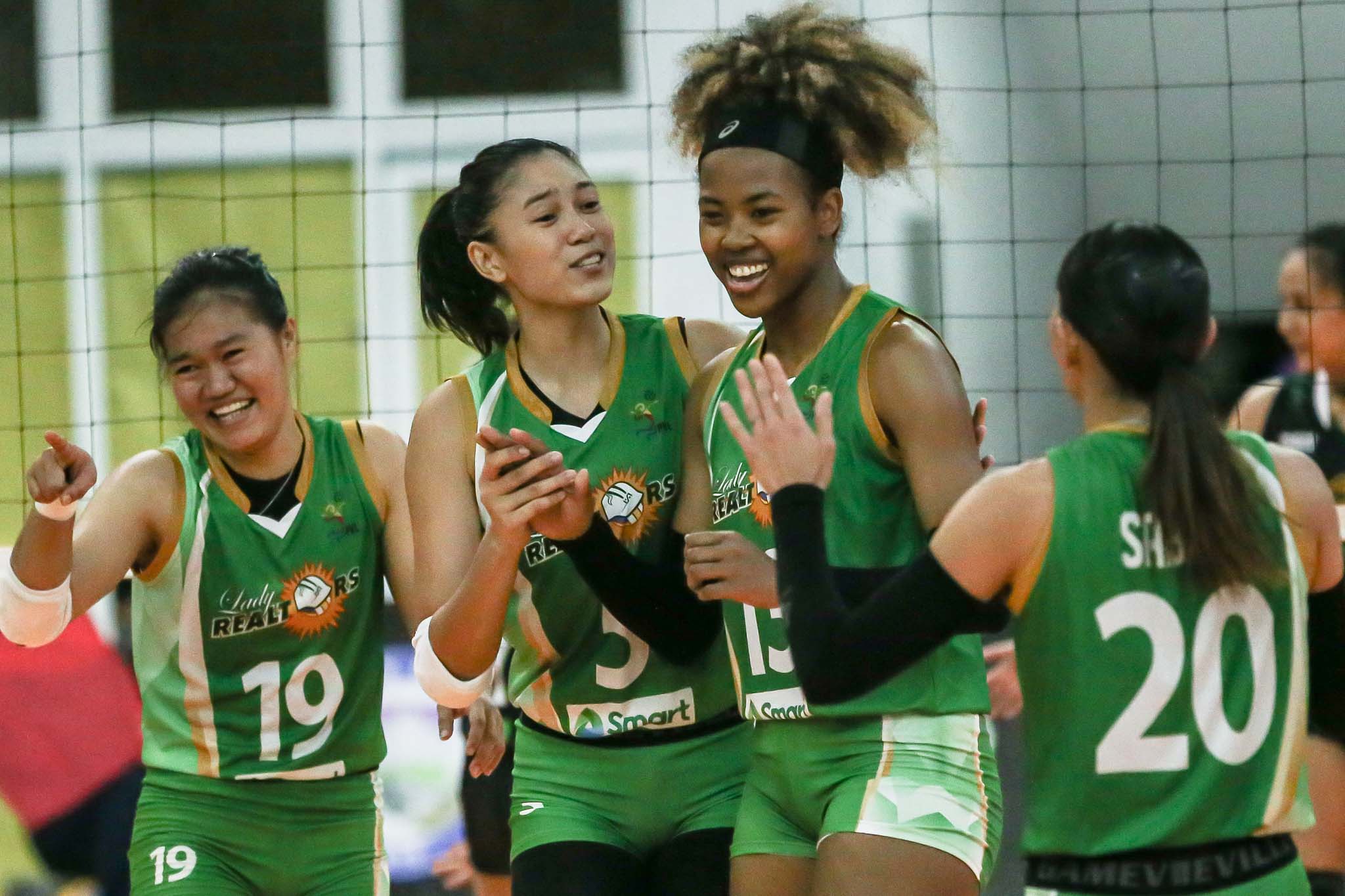 BACARRA, ILOCOS NORTE — Jovie Prado provided the spark as Sta. Lucia snapped its two-game losing streak after a four-set win over Black Mamba-Army, 25-23, 25-20, 22-25, 25-18, in the Premier Volleyball League Open Conference on Monday here at the PCV Socio-Civic and Cultural Center.

With Prado leading the charge, Sta. Lucia managed to build a seven-point cushion, 17-10, in the game-clinching fourth set.

Both teams then exchanged hits before a service error from Army stretched the Lady Realtors’ lead to eight, 21-13.

The Lady Troopers brought the lead down to five before Prado put Sta. Lucia to match-point.

Prado delivered 17 big points for the Lady Realtors — 15 of which all came from attacks.

MJ Phillips and Sabete chipped in 14 and 13 points, respectively. The former also had 15 digs while the latter had 14 receptions.

Struggling to find rhythm in the opening set, Sta. Lucia found success in the form of Aiza Maizo-Pontillas who scored four straight hits to close the tight 25-23 affair.

The team then leaned on the duo of Prado and Sabete in the 25-20 second set win before Army snatched the third set through a 25-22 result.

Royse Tubino and Ging Balse-Pabayo both had 13 points in the loss while Jovelyn Gonzaga ended up with 11 points and 18 excellent digs.

This is Black Mamba-Army’s second consecutive loss in four outings.

Sta. Lucia will next go up against Chery Tiggo on Wednesday at 3:00 PM while Black Mamba-Army will try and bounce back against PLDT on Thursday at 6:00 PM.