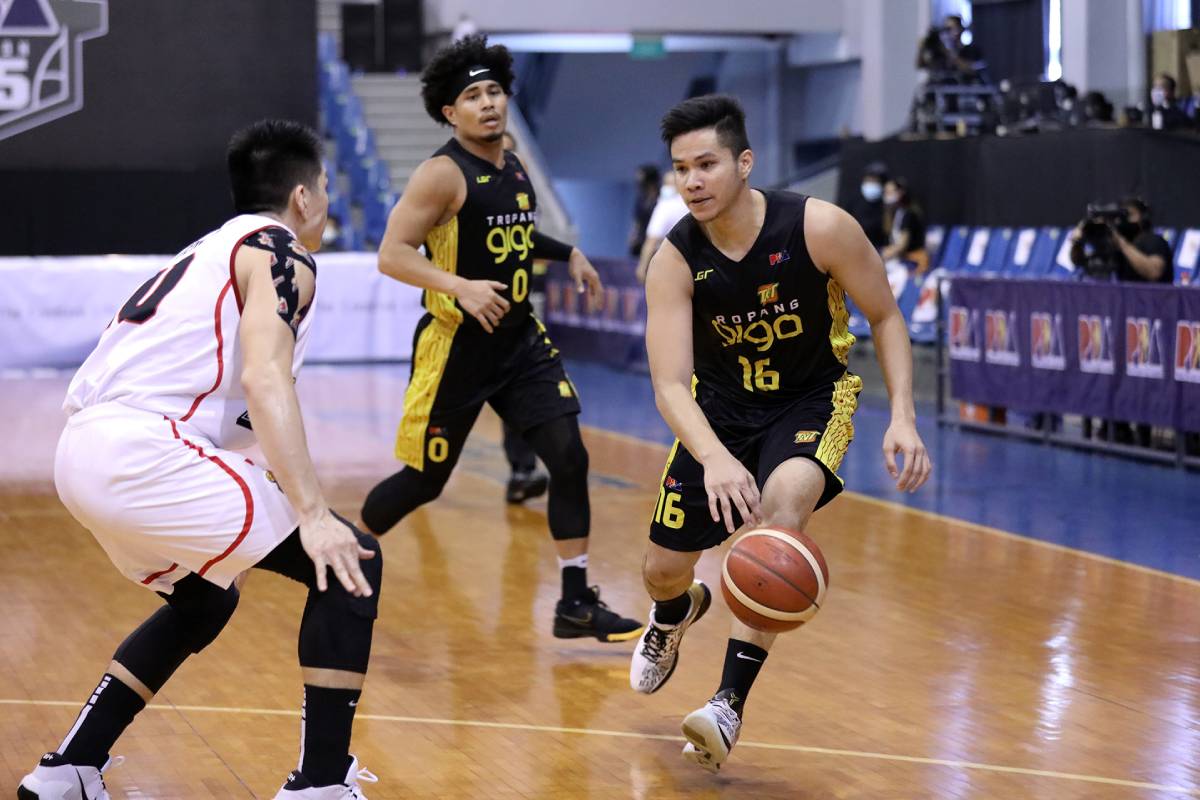 It could be remembered that the 6-foot-2 guard torched the Aces back in the season restart last Oct. 11 with a career-high 45 points, and the latter seemed to not have learned their lessons as they allowed him to let loose again.

This time, Pogoy sizzled for 34 points, 16 of which came in the third canto as he spearheaded the Tropang Giga’s breakaway that turned a 51-all deadlock at the half to an 84-66 lead entering the final frame that proved insurmountable.

The Tropa would lead by as many as 26 points, 101-75, following a Troy Rosario basket with 3:26 left to play before cruising to the win that made them the second team to enter the semis next to top seed Barangay Ginebra.

“It is all defense eh,” said Ravena as TNT outscored Alaska 33-15 in the third. “As much as possible, do not break down on defense, you have to rotate, especially on the weak side. We still managed to do what we wanted to do.”

Ray Parks contributed 20 points, five boards, and five dimes as he provided the early offense for the Tropang Giga. Rosario, meanwhile, chipped in 10 markers, which he all made in the second half.

#ReadMore  Calvin Abueva: A beast with a heart

The flagship MVP Group franchise is headed to its first Philippine Cup semis appearance in three years, and will wait for the winner between Phoenix Super LPG and Magnolia for their foes in the next round.

“Hindi natin alam kung sino sa kanila. Although Phoenix has the advantage, but hindi namin maano yung nilalaro ng Magnolia because they’re playing so well,” Ravena said. “We have to be ready for both teams.”

Jeron Teng had 13 points, seven rebounds, and six assists to lead Alaska, who actually had a good stretch offensively in the second frame that allowed them to lead 11 times thrice, the last of which was 51-40.

Vic Manuel and Maverick Ahanmisi produced 12 points apiece, while Robbie Herndon chimed in 11 markers for the Aces, who have not reached the Philippine cup semis since 2016.

Alaska lost Abel Galliguez with 9:47 remaining in the final chapter as he suffered a nasty cut on his forehead following a mid-air collision with Parks. he fell onto the ground head first, and found it hard to get back up.

The 30-year-old was stretchered by medics before being transferred to a wheelchair. There’s no diagnosis yet but he was sent to the nearby The Medical city in Clark that is part of the league’s bubble.