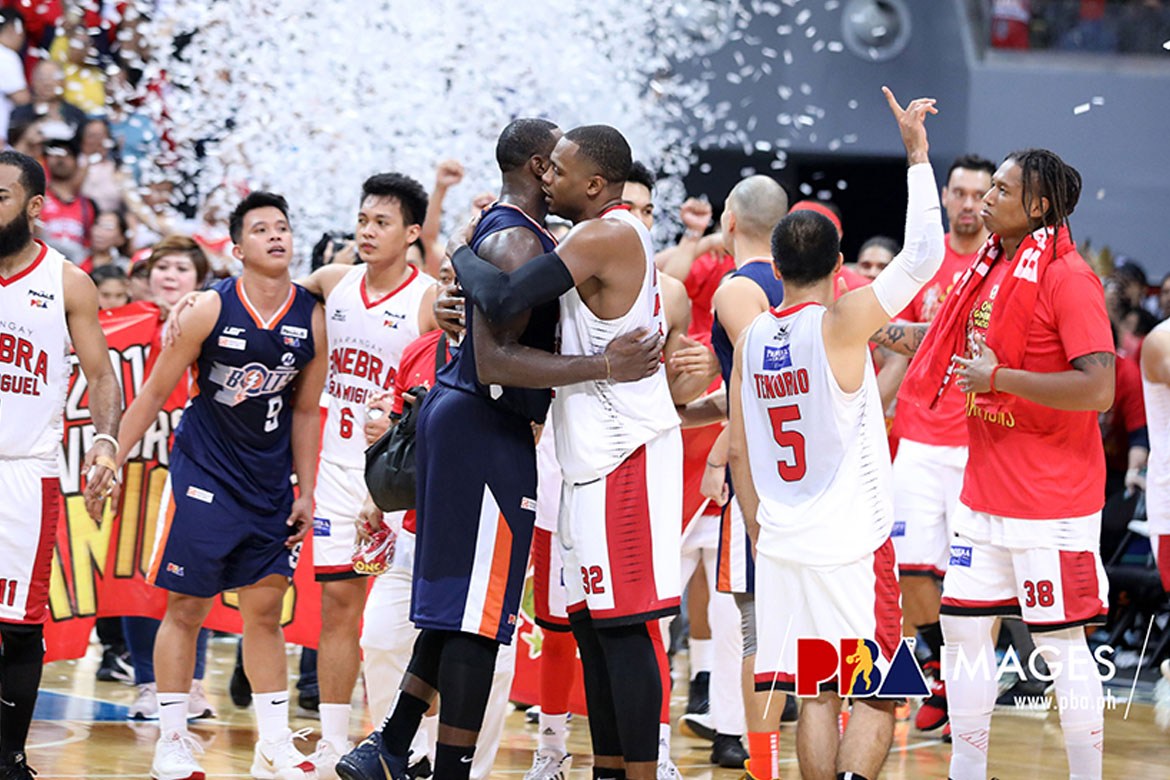 They say that third time’s a charm. Unfortunately, that wasn’t the case for Allen Durham and Meralco.

The Bolts lost to Barangay Ginebra in the 2019 PBA Governors’ Cup Finals, marking the third time in four years that they lost to the crowd darlings in the finale of the season-ending meet.

Though heartbreaking, Durham still tipped his hat to the Gin Kings for reigning triumphant anew.

“Ginebra was the better team this series,” he said moments after the 93-105 loss at SM Mall of Asia Arena. “Hats off to them. You know they played all the games tough and stuff like that.”

Durham’s journey in the PBA has been bittersweet. For the third time in his last four tours of duty with the Orangemen, the hulking 6-foot-5 American bagged Best Import honors.

But he didn’t come back for the individual honor.  “I don’t really care about that,” he said last Wednesday, after he saw his coronation as the tilt’s top reinforcement spoiled by a 22-point loss in Game 4.

He may have lost yet again, but that doesn’t mean Durham will stop going after that elusive championship.

“I’m determined to win a championship,” the 31-year-old, who first played in the PBA in 2014 with Barako Bull, said. “These guys really grew to be my brothers, and they deserve one too.

“I’m definitely still hungry. We’re going to try our luck again. We won’t stop until we get that breakthrough.”