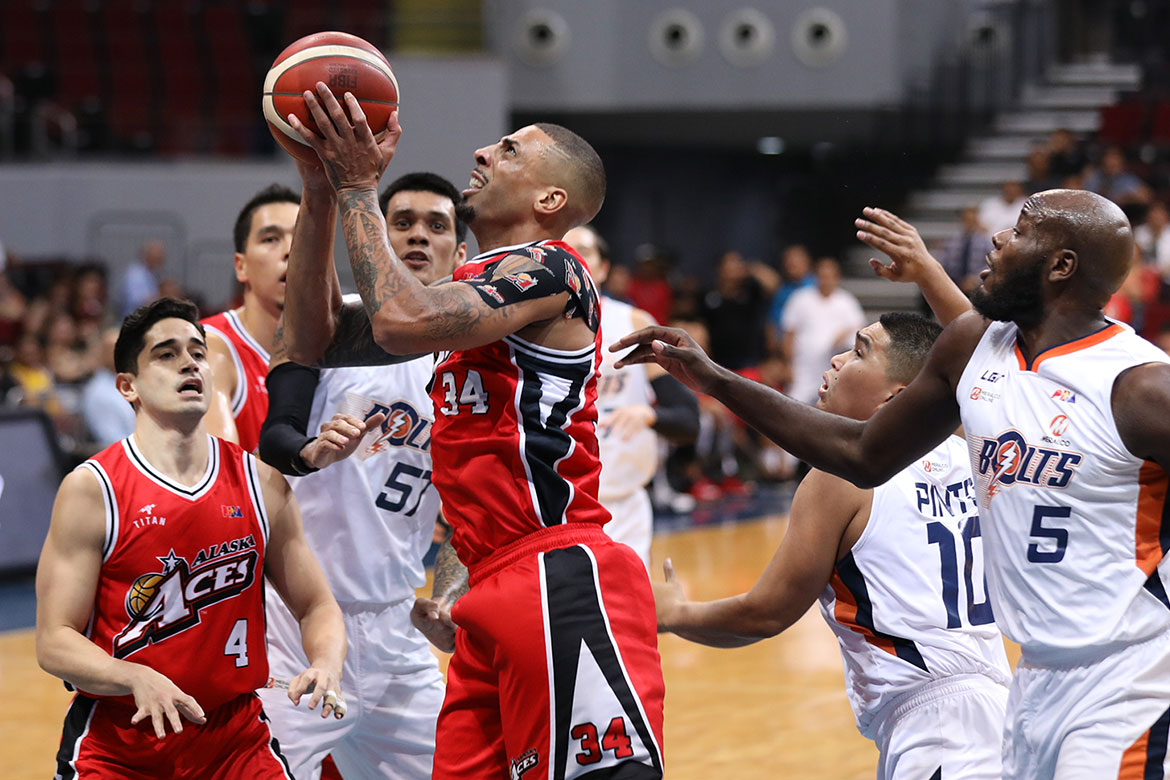 The moment the Meralco Bolts built a four-point lead with 20.7 seconds left in the fourth quarter of their do-or-die match versus Alaska, Aces import Diamon Simpson thought that the game has been put out of reach for them.

“I actually thought for a second that the game was over because they were winning.”

But the 10-year pro was wrong. Big thanks to Chris Banchero’s heroics that saw him score five points in such a short time, the Aces managed to tie the ballgame and send the tightly-fought contest to another five minutes of play.

Simpson was indeed a key factor in the victory as he finished with 20 points, 23 rebounds, five assists, three steals, and a block in over 41 minutes. Yet, he could not believe how the Milkmen managed to find a way to eke out the victory.

“I still can’t believe it’s real. That was a tough game. Yeah, that’s tough,” he said with a chuckle.

Still, Simpson said that the come-from-behind win is a testament of the team’s character. “Our team worked really hard and we never quit. It showed how much character we have and just really proud of everybody,” he said.

“We just kept fighting. We never gave up.

“I mean, there were chances where we could have quit, but we just never gave up. So big, big credit to our team,” added Simpson, who helped Alaska win the 2010 Fiesta Conference crown.

However, the job is not done yet for Alaska. Simpson and the Aces are gearing up for Sunday, where they will be battling the top-seeded TNT. It will be a do-or-die game for them as the KaTropa are equipped with a win-once incentive.