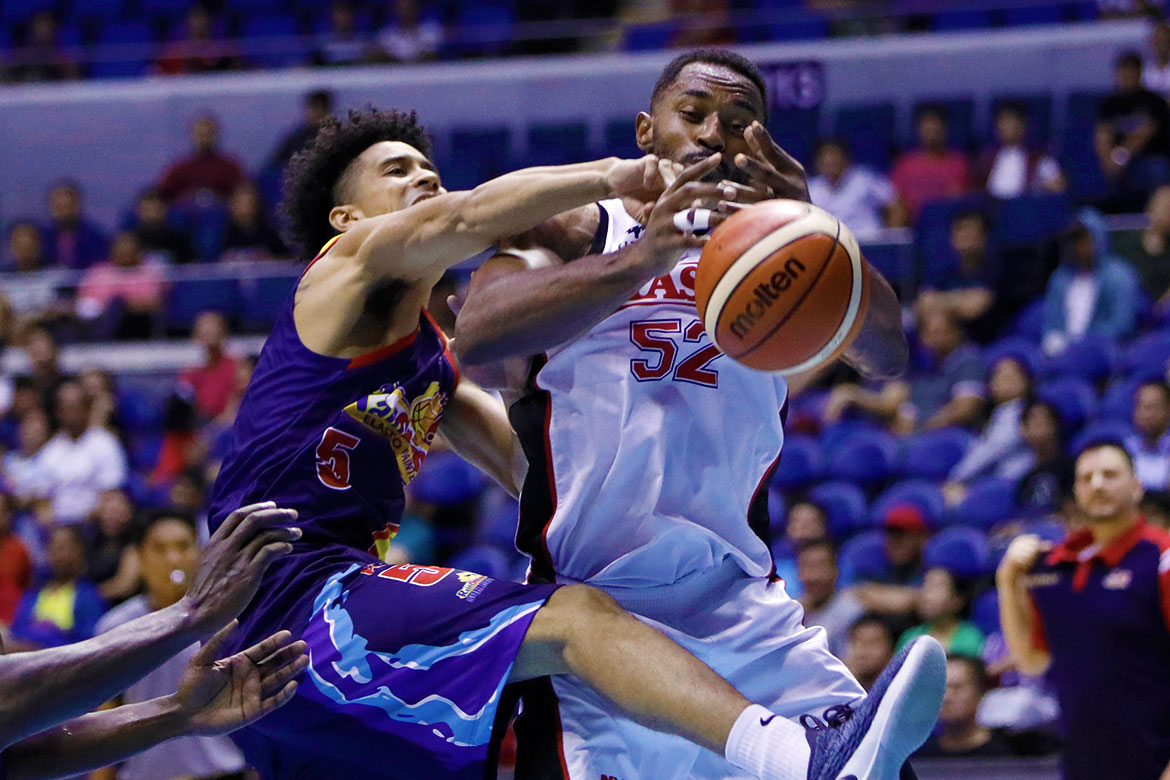 The Alaska Aces returned to their winning ways in the 2018 Governors’ Cup by sending the Rain or Shine Elasto Painters to their third straight defeat, 106-89, Wednesday evening at the SMART Araneta Coliseum.

Mike Harris had a monstrous outing, powering the Milkmen with 39 points and 25 rebounds.

“Mike Harris was great today,” said Alaska head coach Alex Compton of the former NBA player, who has just recovered from a right ankle injury that he got prior to their long break. “We had the best player on the floor tonight.”

Chris Banchero registered a double-double of 16 points and 13 assists with seven rebounds. Fellow locals Vic Manuel and Simon Enciso also had a huge imprint in the victory as they scored 16 markers apiece.

With the Aces clicking, it went smooth sailing for Alaska in the final frame.

Alaska turned a four-point deficit early in the last frame to a 91-79 edge with 5:20 left thanks to a 16-0 blitz, which was more than enough to improve their record to 4-1 to gain a share of the third spot of the standings with Blackwater.

Rain or Shine’s loss, which sent their card to 0-3, spoiled the debut of Terrence Watson. The replacement import for J’Nathan Bullock only had 10 points and 13 rebounds in his return to the Filipino pro league.

Both teams will play their next games over the weekend. Alaska will take on rivals San Miguel Beermen on Saturday at the Ynares Center in Antipolo, while Rain or Shine will face the Blackwater Elite on Sunday in Santa Rosa, Laguna.