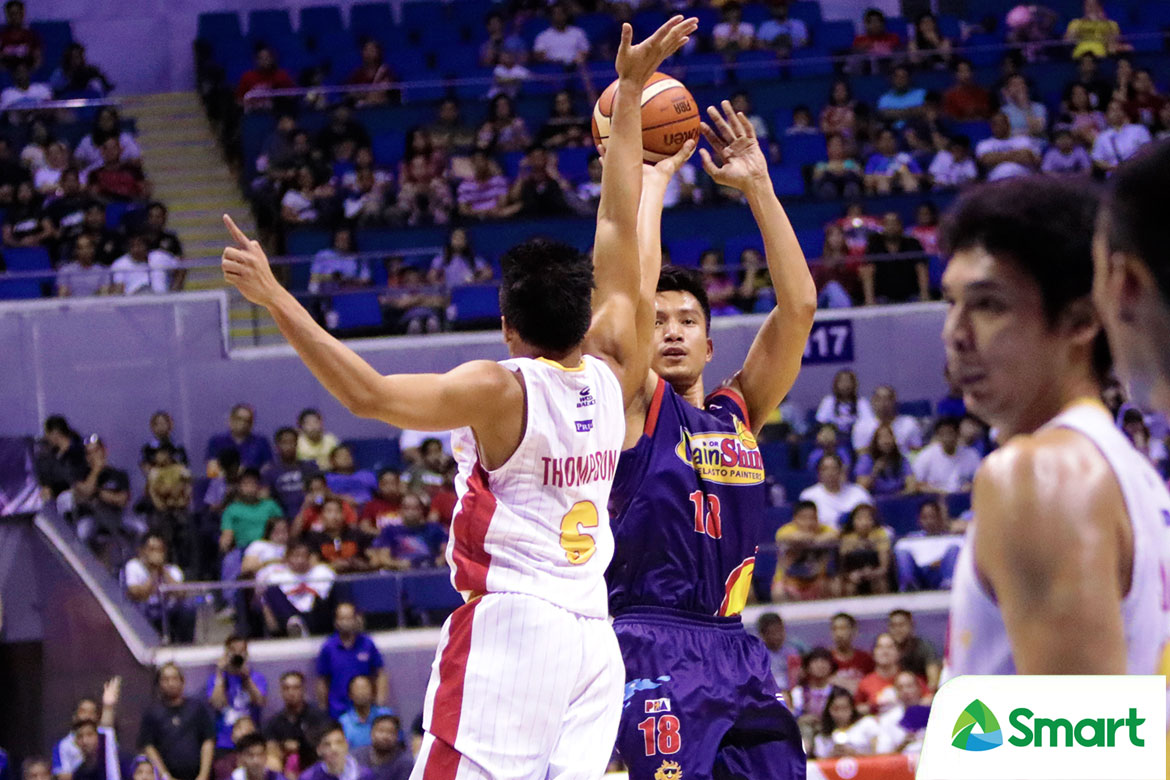 If the Barangay have a blacklist, James Yap is definitely on it.

The 14-year league veteran has been the bane of the Barangay Ginebra San Miguel, especially during his heydays with the San Mig Coffee. In three separate semifinal encounters from 2012 to 2014, Yap got the best of the crowd favorites.

And that is why Yap, now 36, has expressed an eagerness to face the Gin Kings anew.

The two-time PBA Most Valuable Player will be playing against the Barangay in the 2018 Commissioner’s Cup semifinals after his Rain or Shine Elasto Painters dispatched the GlobalPort Batang Pier in the quarters, 103-97, Thursday night.

Yap put on a vintage performance against the Batang Pier by unloading 27 big points built on seven treys – a performance that his thousands of fans would definitely want to see again when they face the Gin Kings.

However, Yap is also aware that a beastly Ginebra are waiting for them in the penultimate round. Their best-of-five series will begin this Sunday, July 15, at the SMART Araneta Coliseum.

The Barangay are currently the hottest team in the league, as they will head into the semis with a seven-game winning streak; a streak most thought would not happen following their dismal 1-5 start to the mid-season joust.

With that, Yap said they can’t afford to relax – or else.

San Sebastian flaunts experience over Benilde for bounce back win