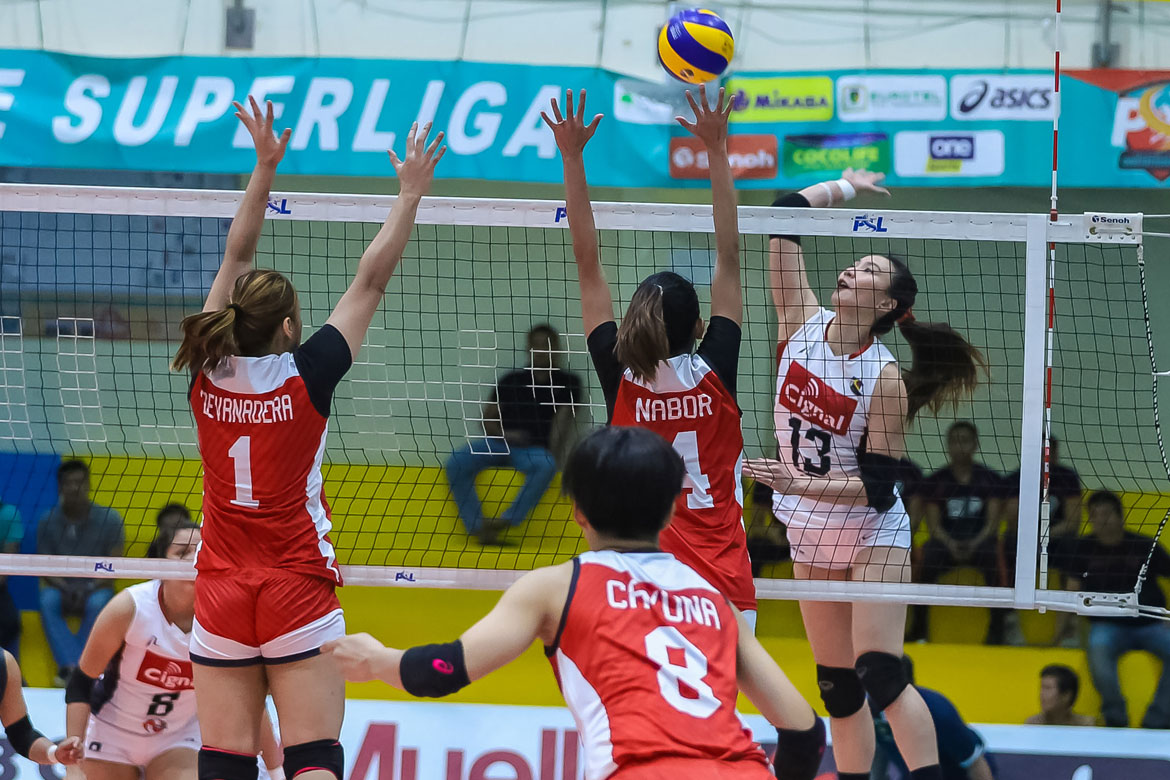 Cignal wasted no time sending a statement to the rest of the league when they fired off their  campaign in the 2019 PSL Invitation Cup, Tuesday night.

Rachel Daquis and the HD Spikers flaunted their might, dispatching the shorthanded PLDT Home Fibr Power Hitters in straight-sets, 25-19, 25-8, 25-15, at the Bacoor Strike Gym in Cavite.

Daquis carried the scoring cudgels for the PSL All-Filipino Conference finalists, who welcomed the return of their national team members in Jovelyn Gonzaga, Roselyn Doria, Alohi Robins-Hardy and Mylene Paat.

The former Lady Tamaraw pummeled a game-high 13 points built on nine attacks. She also made a blistering kill in the second set that buoyed her team to an 18-8 cushion and incited a set-clinching 8-0 stampede.

The HD Spikers then carried their momentum into the decisive third frame and never looked back. They sprinted to a commanding 20-12 edge that put them in the lead for good.

Doria, who was coming off her first stint with the Nationals, contributed a pair of kill blocks for 10 markers in a winning effort.

Meanwhile, Paat — who dropped 22 huge points for the Philippines in the bronze-clinching win over Vietnam in the ASEAN Grand Prix — managed six points.

On the other hand, PLDT were nowhere near their usual offensive form. They missed the services of both ace spiker Gretchel Soltones (flu) and Aiko Urdas (knee injury).

Setter Jasmine Nabor was the leading scorer for her team with eight points, as the Power Hitters struggled mightily all throughout the game.

Cignal aim to keep things going when they square off against the Foton Blue Energy Tornadoes. On the other hand, PLDT will try to score a breakthrough win when they face the Sta. Lucia Lady Realtors. Both matches are slated on Saturday, September 28, at the Ynares Sports Arena in Pasig City.